The SBU said on Monday it arrested three “perpetrators” who were gathering intelligence on Ukraine’s tactics in the Black Sea for the Kremlin. The men were intercepted in Mykolaiv, the outskirts of which Russian forces reached in early March before being pushed back to the eastern and southern edges of the region, where fierce fighting continues.

Mykolaiv is a key spot for Moscow to advance from Black Sea positions but the city’s resistance, like in nearby Kherson, has proved challenging for Vladimir Putin’s men.

The two cities are less than 70 miles apart and are both proving hard to get a grip of.

Russia has controlled the entirety of Kherson since the early days of the war. 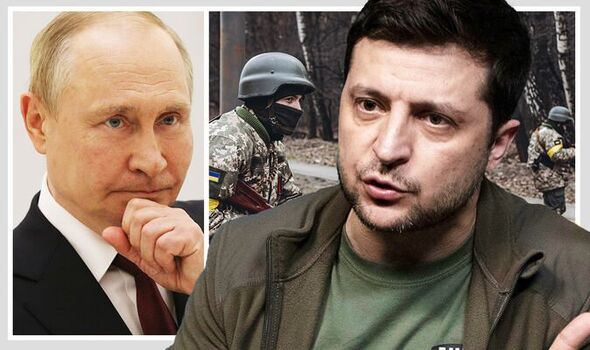 Since late May, however, the Ukrainian Armed Forces has been reporting counteroffensive operations against Moscow, with President Volodymyr Zelensky saying last month his men were “gradually liberating” the region.

Its capital of almost 300,000, which was the first major city Putin’s troops captured at the start of the invasion, serves as a gateway to wider control of the area.

According to the SBU, the three spies were part representatives of intelligence agencies of the Russian Federation. 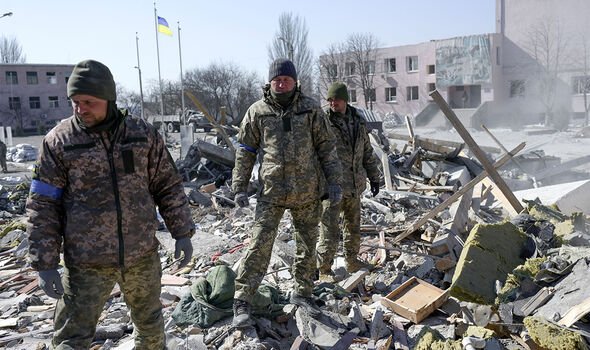 It wrote in a statement: “The group members transferred the information they received to their Russian curator in the form of text messages and photos with coordinates.

“For this purpose, previously developed anonymous Telegram channels were used.

“In order to mask criminal actions, the perpetrators involved their close relatives and other local residents as informants.”

DON’T MISS
Ukrainian navy obliterates Russian equipment left on Snake island [VIDEO]
Luhansk and Donetsk – Why regions are crucial for Russia’s war goals [INSIGHT]
Would the UK join the US and step in if China invades Taiwan? [ANALYSIS] 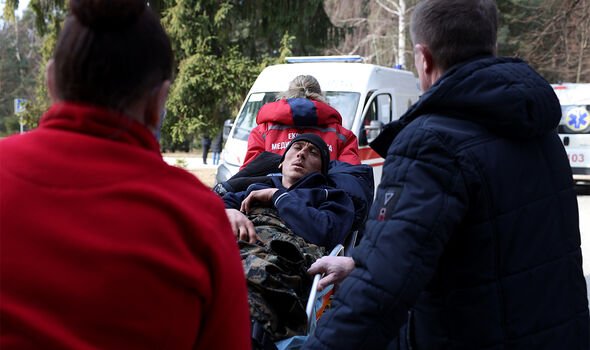 It added that a pre-trial investigation was underway.

The arrests came only a week after the SBU detained a former Soviet KGB agent who helped direct Russian missile strikes that killed over 50 soldiers and injured almost 15 at a military facility in the country’s west in March.

The suspect sent the locations of targets at the Yavoriv military training centre to contacts in an unspecified Russian agency using Telegram, the security service and local prosecutors said.

In the aftermath of the missile strike, Kyiv said 35 troops were killed at the premises, which lies 15 miles from the Polish border.