Officially known as the United States Bullion Depository, the Kentucky-based facility is used to store a large portion of the US gold reserves and other precious items. It currently holds roughly 4,580 metric tonnes of gold bullion, over half of the US Treasury’s stored gold and is protected by the United States Mint Police. ut in the past it has held much more, YouTube channel “Let Me Know” revealed in a mini-documentary.

The 2018 series detailed: ”There was once around 9,882 tonnes of the precious yellow metal in the depository.

“But if you think the Fort Knox depository is reserved exclusively for gold, think again.

“During World War 2, Fort Knox was home to various key historic documents including the Bill of Rights, the Declaration of Independence and the Gettysburg Address. 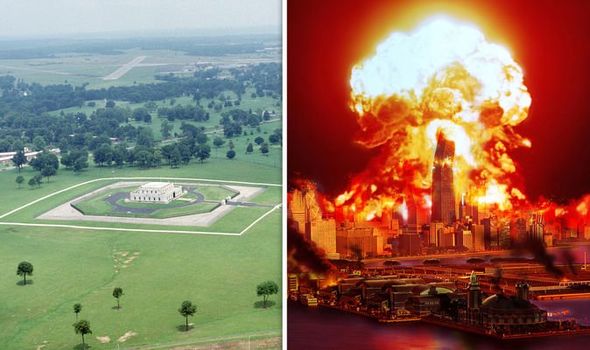 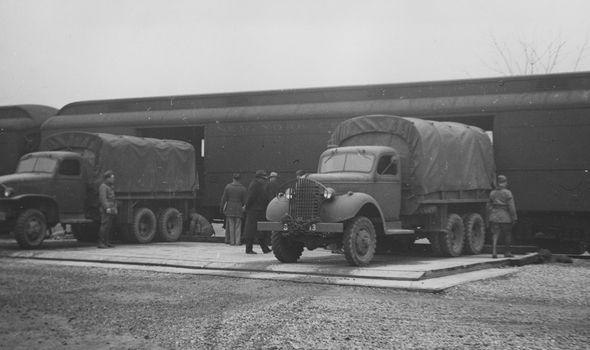 “The documents were returned to their Washington DC home in 1944 as the threat of invasion of US territory receded.”

But, there were also some even more unorthodox item, leading to questions over what is really being protected.

The series added: “Perhaps the most extraordinary thing that has been kept at Fort Knox is a massive stash of opium and morphine and remained there until at least 1993.

“It was put there in 1955 during the Cold War in case of nuclear Armageddon should cut off supplies of these essential drugs.

“One report suggested there was enough of the drugs to keep every man, woman and child in the US medically treated for a year. 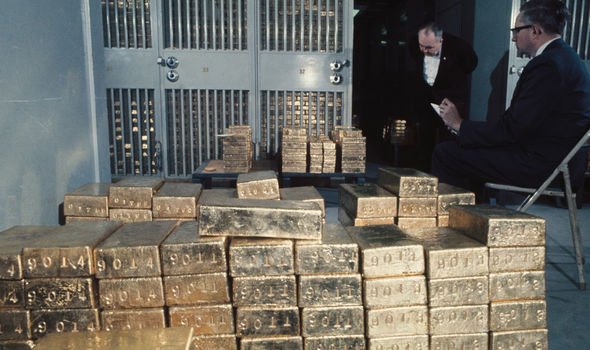 “Unsurprisingly, this government facility has been a fertile source for conspiracy theorists.

“In 1974 a Washington lawyer called Peter Beter speculated that the mysterious elite had spirited away all the gold.”

But US authorities put these claims to bed and the series explained the real reason for all the security measures.

It continued: “The story gained so much coverage that, for the first time, journalists were allowed into the vault to see for themselves that the gold was still there.

DON’T MISS
Coronavirus: Is this PROOF China’s been lying about outbreak? [REVEALED]
‘A stitch-up!’ Scotland braced for 20% MORE funding than England [EXPLAINED]
Coronavirus vaccine to take ‘over 10 years’ as cases surge [ANALYSIS] 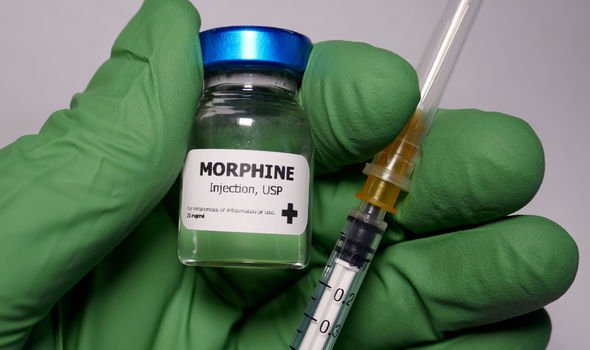 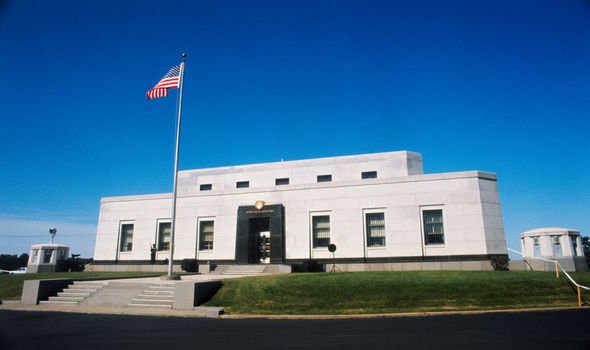 “Just why is the United States Bullion Depository at Fort Knox so heavily guarded and secretive?

“Well, the simple truth is if you had a stash of gold worth that much, you’d probably want to keep it as hush-hush as you could manage.

“You’d likely have a keen interest in keeping it as secure as possible, too.”

The depository is an extremely secure facility.

Between its fenced perimeter and granite lined concrete structure lie rings of razor wire and minefields.

The grounds are monitored by high-resolution night vision video cameras and microphones. and the subterranean vault is made of steel plates, I-beams and cylinders encased in concrete.

Its torch and drill resistant door is 21 inches thick and weighs 20 tonnes.

The vault door is set on a 100-hour time lock, and can only be opened by members of the depository staff who must dial separate combinations.