LONDON (Reuters) – The World Health Organization is considering changing the way it classifies and describes international epidemics, amid a protracted public debate over whether to call the outbreak of the new coronavirus a pandemic. 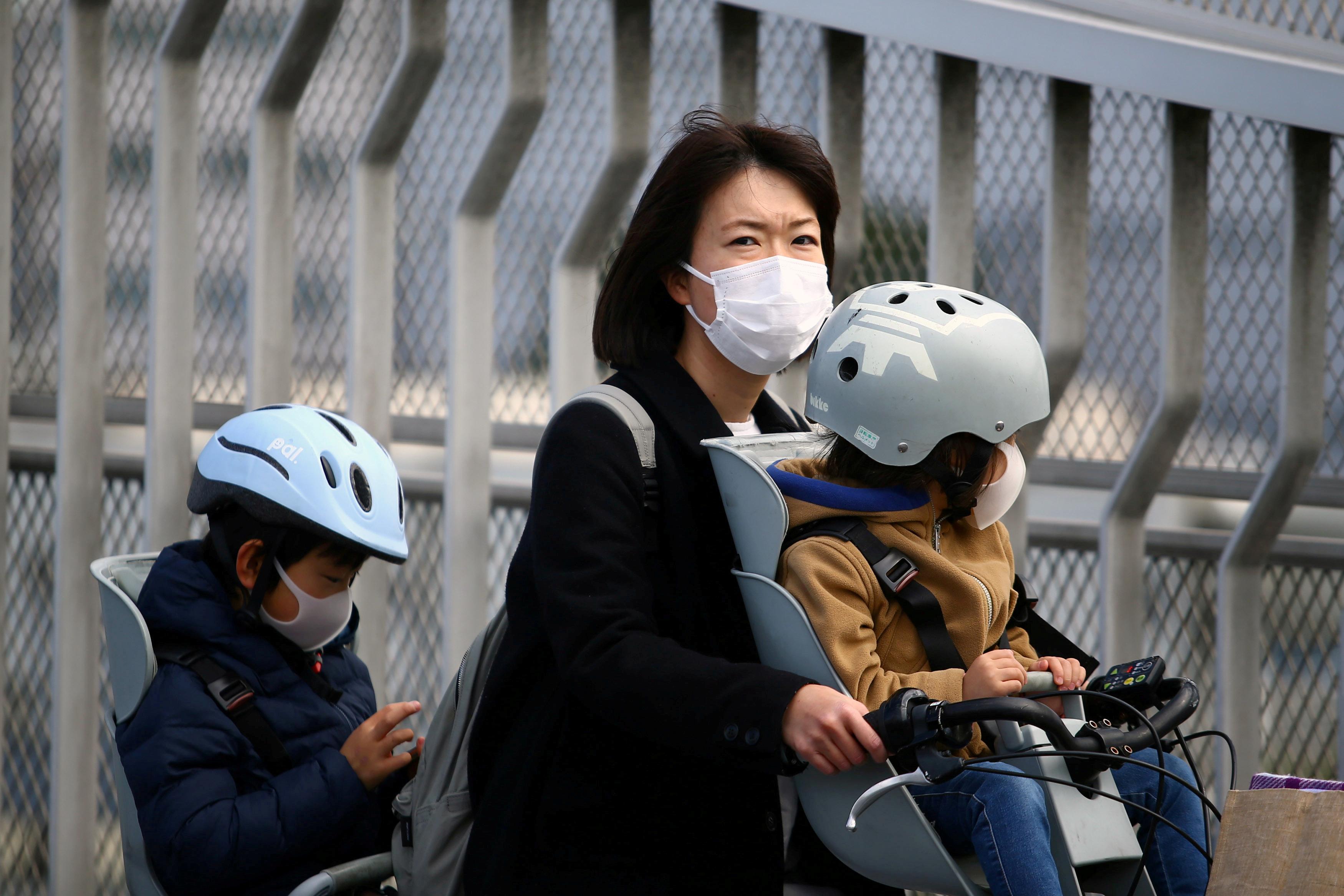 Officials at the Geneva-based WHO – who this week described it as a pandemic for the first time – are reviewing how the health agency communicates its risk assessment of disease outbreaks in the future, said two people familiar with the discussions. They said that included use of the term pandemic as well as PHEIC, which stands for public health emergency of international concern.

Among ideas that have been discussed is whether to use a more graded approach to capture different levels of severity, rather than binary terminology, the two people said. That would enable the WHO to dial up the severity of its messaging to prompt global cooperation on issues such as funding and drug development across the public health and scientific community, but without causing unnecessary public alarm.

WHO Director General Tedros Adhanom Ghebreyesus has publicly signaled support for a more nuanced approach, saying the current system of declaring a public health emergency is too blunt.

“It’s either red or green,” Tedros said during a Jan. 29 conference with news media. “I think we have to now revise that. You cannot have just yes or no. There could be some intermediate situation.” He suggested a yellow stage that could be “a warning…serious enough but not really red.”

The agency’s emergency committee on the new coronavirus, which is made up of independent experts, alluded to the internal discussions the following day. In a Jan. 30 statement following a meeting at which it declared a public health emergency, the panel said it recommended that the WHO “continue to explore the advisability of creating an intermediate level of alert” between PHEIC or no PHEIC.

WHO spokeswoman Margaret Harris said that currently the decision on declaring a public health emergency of international concern, or PHEIC, is “binary.” She said the WHO’s emergency committee on coronavirus suggested, and the director general agreed, to meet to “review whether the existing instrument is still fit for purpose.”

The discussion around the agency’s messaging on epidemics comes as it seeks to coordinate the global fight against an outbreak of infection with the newly identified coronavirus, which emerged in December. Now known as COVID-19, it has spread from China to more than 100 countries, killing thousands of people with more expected to die.

While many public health experts say the WHO’s response to this epidemic has been timely and decisive, the agency has also drawn criticism from some commentators who say it has been too quick to heap praise on China – a criticism Tedros has strongly rejected, saying China’s drastic measures have slowed the virus spread and allowed other countries to prepare. The agency also came under intense media scrutiny in recent weeks as it refrained from calling the infectious disease’s spread a pandemic, even as it took grip in scores of countries around the world.

When the WHO did on Wednesday describe COVID-19 as a pandemic, Director General Tedros said the agency was concerned about “the alarming levels of spread and severity” of coronavirus. While the characterization doesn’t trigger any formal change in what the agency does or it recommends countries do, some public health experts said it might prompt governments to move more swiftly to make interventions, such as banning or restricting public gatherings or travel.

Under the WHO’s International Health Regulations, the agency can formally declare a PHEIC (pronounced “fake”), or global health emergency, which it did with COVID-19 on Jan. 30. Such declarations are made when an epidemic meets two criteria: The outbreak poses a risk to more than one country and it requires a coordinated international response. The formal designation triggers various moves, including calls for increased funding and resources, recommendations to countries aimed at preventing or reducing cross-border spread of disease and boosting public health measures.

The WHO has declared PHEICs on five previous occasions, including the West Africa Ebola outbreak starting in 2014 and the 2016 Zika virus outbreak that spread from Brazil.

In 2009, the WHO declared the outbreak of H1N1 flu a pandemic. That move later drew criticism from some governments that it triggered some countries to take expensive measures, including stockpiling and prescribing anti-viral drugs and undertaking mass vaccinations against a flu that ultimately turn out to be milder than originally thought. The then-director general, Dr. Margaret Chan, has defended her decision as the “right call.”

How the WHO communicates around global epidemics was under review even before the COVID-19 outbreak began in December, according to the two people familiar with the discussions.

According to one of those people, the discussion was prompted in part by last year’s outbreak of Ebola in eastern Democratic Republic of Congo, which the WHO declared a PHEIC in July 2019. WHO officials wanted to sound an alarm and prompt a global response in terms of funding and vaccines, but there were questions among some officials at the WHO and member states about whether it was truly an international issue because the Ebola outbreak affected only Congo and neighboring Uganda, the person said. They added that these questions focused discussion on whether a graded approach might be more appropriate.

When COVID-19 began spreading beyond China, global health officials and experts looked to the WHO to declare a PHEIC. Even after it did so in late January, the agency faced repeated questions from international media on whether or not the outbreak was a pandemic.

Some WHO chiefs have expressed concern that using the label pandemic might signal to governments and the public that the coronavirus outbreak had developed to a level where there was no longer action they could take to control its spread.

That was a key part of the WHO’s message when it did ultimately call the coronavirus as a pandemic. “We cannot say this loudly enough, or clearly enough, or often enough: all countries can still change the course of this pandemic. This is the first pandemic that can be controlled,” Tedros said in a tweet Wednesday.

WHO officials and some global health experts said the media’s focus on the word pandemic was an unwanted distraction for them because, unlike the PHEIC classification, it doesn’t trigger specific responses within countries.

“There is an unhelpful alignment in people’s minds between this ‘pandemic’ word and some sort of major shift in approach – but this is not the case,” Mike Ryan, head of WHO’s health emergencies program, told reporters at a March 3 briefing for news media.

A sign of the WHO’s frustration was visible during a news conference this week – one of around 30 hour-long briefings the WHO has held for international media since the COVID-19 outbreak began. A senior official who had been asked repeatedly by journalists about whether the disease constituted a pandemic gave a half-joking but tetchy response: “This is a word you love, right? You just can’t wait, can you?” Some specialists agree that the external focus on the label pandemic have been a distraction, including Lawrence Gostin, a global health expert at Georgetown University Law School in Washington. Gostin has been openly critical of the WHO in the past – in particular for what he considered to be moving too slowly to declare international emergencies over Ebola and Zika. With the COVID-19 outbreak, however, Gostin said the WHO was right to not describe it as a pandemic prematurely because the word tends to generate fear.

Global health specialists say that more subtleties in how WHO messages around epidemics could be useful, but say they doubt it will make much practical difference.

“In the end if you move from a binary to a three or four stage process, you’ll always have these semantic arguments,” said Jeremy Farrar, an expert in infectious disease epidemics and director of the Wellcome Trust global health charity. “And is there really a difference between a global epidemic and a pandemic? And does it make a difference to what we do?” he said. “I don’t think so.”