Russia is now nearly five months into its invasion of Ukraine, but with little progress, as the western campaign has struggled to gain ground. Vladimir Putin has appeared only fleetingly in public at official events, and those irregular instances have given rise to rumours of ill-health. People are increasingly curious about where the Russian President is as speculation continues to gather momentum.

While Putin has maintained a mixed profile domestically, his foreign presence is almost non-existent.

Since the invasion began in February, he has only left the country once.

His latest public appearance marks his second as Russia attempts to firm ties with its non-western allies. 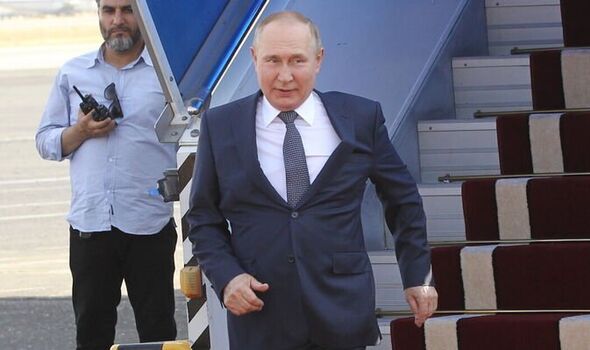 Putin is currently in Iran for a trilateral summit with the country’s leader, Ayatollah Ali Khamenei and Turkish Prime Minister Recep Tayyip Erdogan.

The three premiers will meet in the country’s capital Tehran, and discuss several diplomatic matters.

Turkish officials said they would discuss gran exports, Syria and Ukraine when they meet today.

Putin will likely take the visit as an opportunity to firm ties with Iran, one of Russia’s few remaining allies. 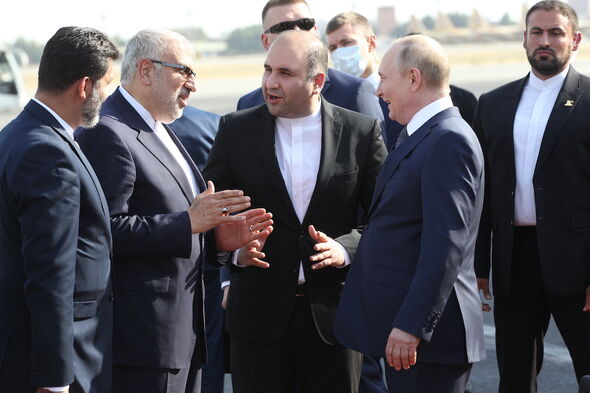 And US officials have accused Iran of seeking to aid Russia with its war in Ukraine by supplying “hundreds” of drones. 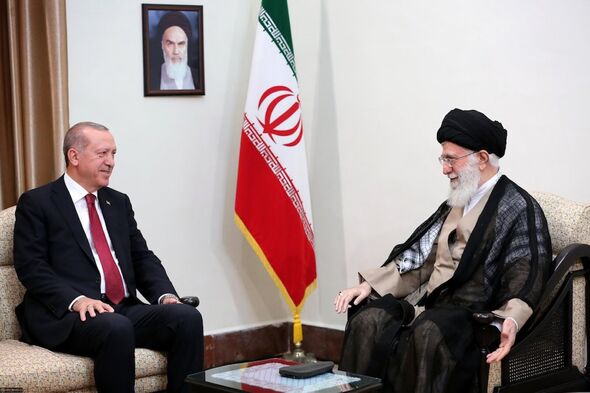 He said: “There has been no special development in this relationship recently.”

During a press briefing, he said the two countries had developed a “trusting dialogue”.

He told reporters: “The contact with Khamenei is very important.

“A trusting dialogue has developed between them on the most important issues on the bilateral and international agenda.”

Russian officials have likely hoped to use their relationship with Iran to show they continue to perform on the national stage despite western sanctions.

But Putin also maintains rivalries with his Iranian and Turkish counterparts, as he competes with the former within the energy market and the latter in Syria.