The Met Office predicts sunny spells for most of today, with temperatures set to be similar to Saturday – between 11 and 14 degrees Celsius in the mid-afternoon. It adds conditions will be “fine and dry” towards the evening, though a wall of cloud and “heavy” rain will approach from the Atlantic.

The government has also issued six flood alerts across parts of the midlands and the south.

This includes Lower Avon and tributaries and the River Evonlode from Morton in March to Cassington plus the River Glyme at Wootton and Woodstock.

BBC’s Matt Taylor said today is looking “a lot drier and brighter” than yesterday across most parts of the UK. 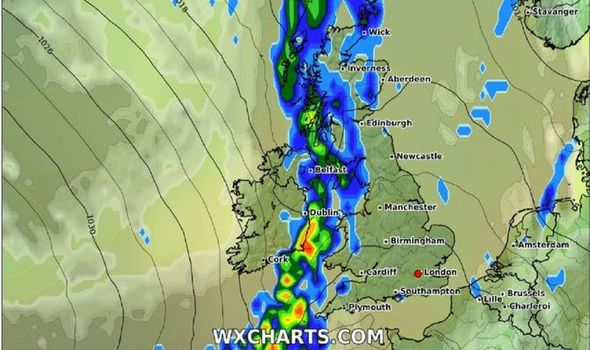 He said yesterday’s rain is due to be moved away from the UK by low pressure, though the northerly wind that brought temperatures down yesterday is due to continue.

These will move up towards between 11 and 15 degrees, with the north of Scotland a few degrees colder than England’s south coast. 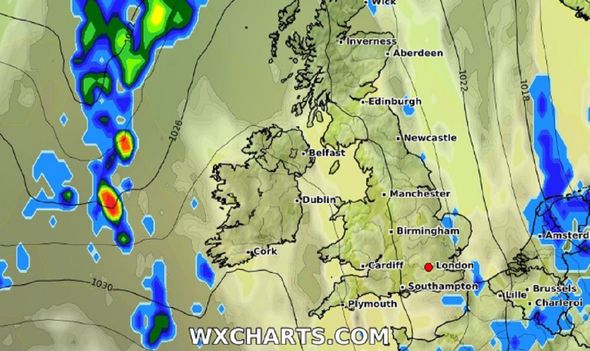 There will be clearer skies across eastern parts of the UK on Sunday evening, according to the BBC, though a wall of rain from the west is due to cause a wet Monday.

Mr Taylor added: “Whereas Sunday you got the sunshine, Monday, it’s back to cloud and rain.

“These weather fronts pushing their way eastwards; a stiffening breeze coming in from the north-west behind will start to add to the chill later. 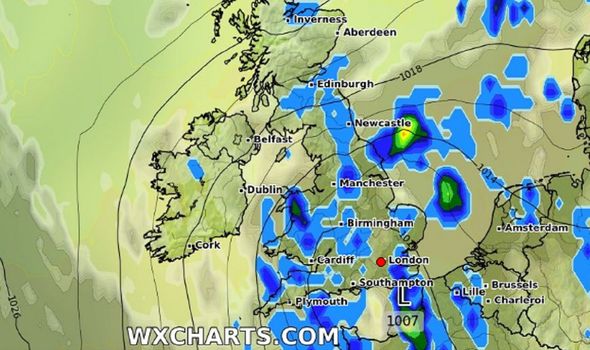 “It will bring brighter conditions out towards the west later in the day after a cloudy damp start.

“That cloud, outbreaks of rain – heaviest on the hills – erratically pushing its way eastwards, eventually arriving in East Anglia and the south east.”

Temperatures are also set to drop on Monday afternoon compared to Sunday, particularly in eastern parts of the UK.

Aberdeen in Scotland will sit around nine degrees throughout the afternoon while Norwich is expected to be just one degree higher. 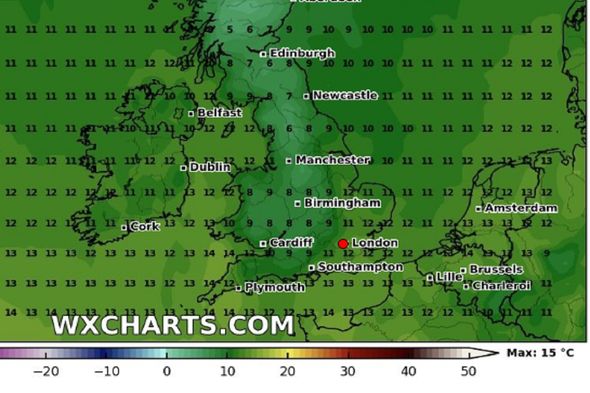 On Tuesday, a “strengthening” north-easterly wind will clear cloud and rain away from Scotland, leading to outbreaks of rain across England, Mr Taylor added.

Meanwhile, the Met Office warns there could be heavy rain on Tuesday.

It said: “Showers or longer spells of rain on Tuesday into Wednesday, perhaps heavy on Tuesday in southeast England.

“Drier and brighter conditions in the northwest extending to all areas by Thursday.” 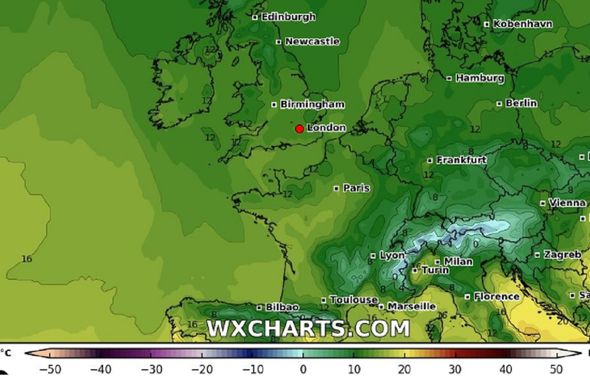 However, the forecaster says “dry and bright spells” will be likely next week as the weather generally turns more settled.

Climate scientists have declared September this year to be the warmest September on record.

Meanwhile severe flooding has hit Vietnam over the last few days. The flooding is expected to worsen, the BBC’s Chris Fawkes said.