This is because – in the view of a spokesman for the Werte Union – candidate to replace Merkel as Chancellor, Friedrich Merz, is increasingly popular in Germany’s Christian Democratic Union Party. The Werte Union (Values Union) is a group within Merkel’s party which has called for her to stand down immediately, rather than in 2021 as planned. Merz is a longstanding rival of Merkel’s, but left politics in 2009.

He has returned to challenge for the leadership of the CDU, and many in the Werte Union back his push for the chancellery.

Felix Schoenherr, the Werte Union’s spokesman, told Express.co.uk: “We don’t have an official endorsement, but many members of the Werte Union favour Merz. He is very popular among the party’s base.

“The position that Merz proposes, it is true that he may shift the party to the right, he has some very different opinions to Merkel in terms of immigration and energy.

“The ironic thing about this is that what Merz represents is the CDU of the early 2000’s, he represents the party from 20 years ago before Merkel.”

The current Chancellor will be concerned by the emerging threat of her rival, who she essentially ousted from the party’s upper echelons in 2002. 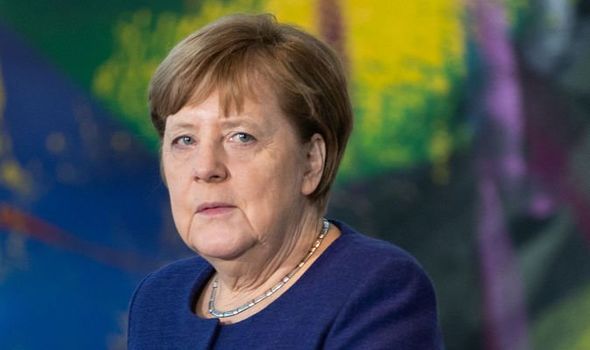 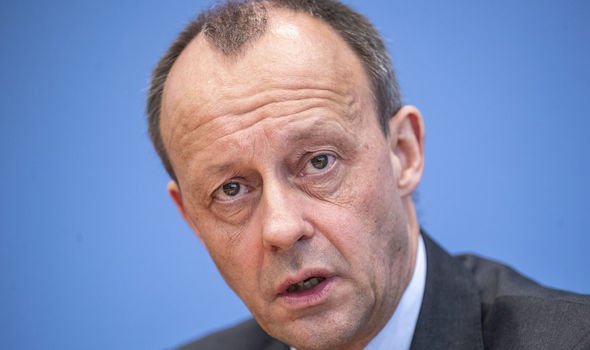 Mr Schoenherr claims that Merz will likely undo a lot of Merkel’s work, and could change the face of German politics.

He added: “I really think so [he would change a lot]. It may be very hard at first because of the coalition with the left-wing parties, so this means the coalition probably won’t work anymore.

“Things will drastically change within the party because if Merz becomes leader, the top of the party will have different personnel.”

He also claimed that Chancellor Merkel is in an unprecedented state of chaos after she made a move never seen before.

While continuing her role as Chancellor, Angela Merkel has quit as leader of her CDU party.

In an attempt to secure her legacy, the German Chancellor hoped that key ally Annegret Kramp-Karrenbauer would continue in her role as leader of the ruling Christian Democratic Union Party. 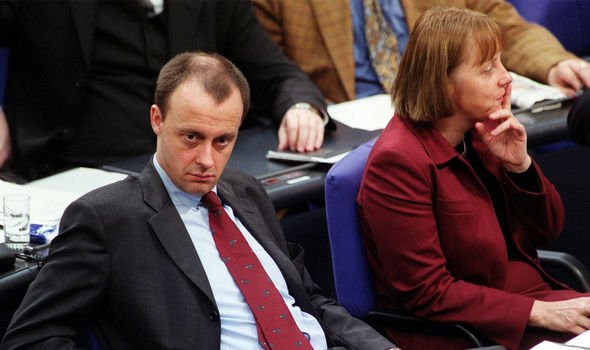 But, she instead stepped down last month opening up the party’s leadership bid to those taking a more reformist approach.

The party will choose a new leader in April.

The Werte Union’s spokesman said: “Yeah I think this is unique, I don’t think this has ever been the case before.

“Maybe it was motivated by a fear that her rival Friedrich Merz would beat her in a direct vote so maybe she chose a successor so she could avoid a competition with Merz.”

The political crisis comes after a string of bad election results for Merkel’s party. 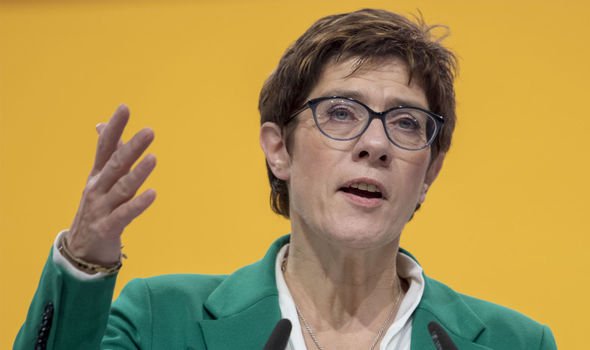 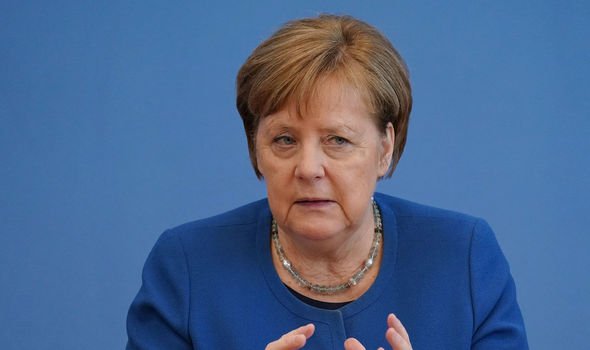 Last month, the CDU slumped in Hamburg while the Greens surged – culminating in the worst ever result in regional elections in the city state for the party.

The CDU finished third in the 2019 election in the Thuringia state, leading Merz to rage at the “abysmal” image of Merkel’s government – a coalition with the centre-left Social Democrats that has been marred by infighting.

In last year’s European elections, Merkel’s party and its coalition partner won a combined 28.7 percent of the vote, down 7 points from the previous vote in 2014.

As Germany is presented with a number of political challenges, Merkel could soon be undone by one of her oldest rivals.