The aircraft carrier was deployed for the first time on Tuesday from Norfolk in Virginia and is the Navy’s newest and most innovative carrier. According to the US Navy, The USS Gerald Ford aircraft carrier is the first new carrier to be designed in “over 40 years”.

A US Navy statement said that work began on constructing the carrier in November 2009 and it was commissioned by former President Donald Trump in 2017.

The USS Kennedy and the USS Enterprise are now under construction and will take the number of carriers in the fleet of Ford-class aircraft carriers to three.

The USS Gerald Ford is equipped with sophisticated technology and has “nearly three times the amount of electrical power” compared to the Nimitz-class carriers.

According to the US Navy, the aircraft carrier also features electromagnetic aircraft launch system, also known as EMALS. 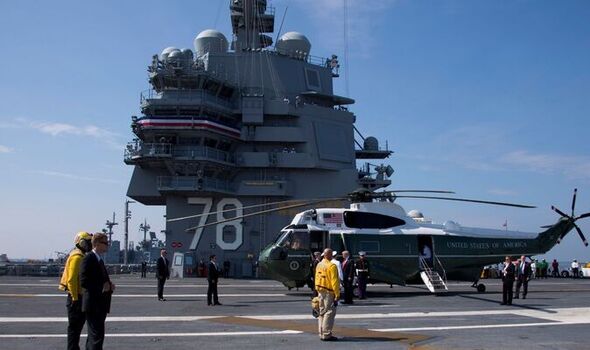 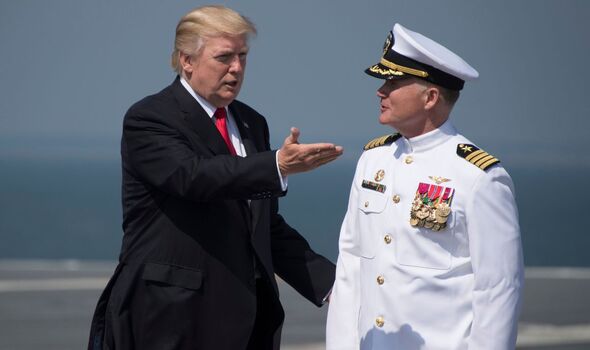 This system exchanges the steam catapult system used on older air carriers to launch aircraft off the carrier for the use of electric power to conduct the launch.

According to a Navy official, this new method of using electric power puts less strain on the aircraft as it is launched and allows for quicker launching.

The official added that the carrier is equipped with more advanced radar, dual band radar, making the USS Gerald Ford the only forward-class carrier to have such radar. 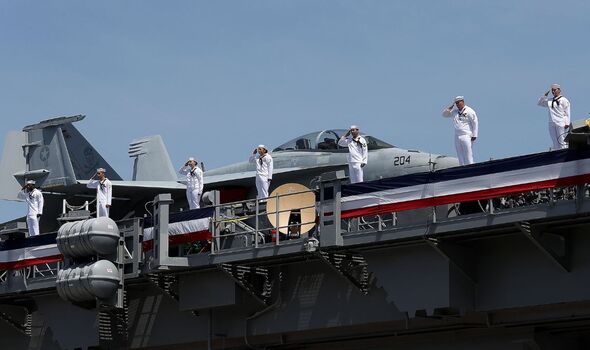 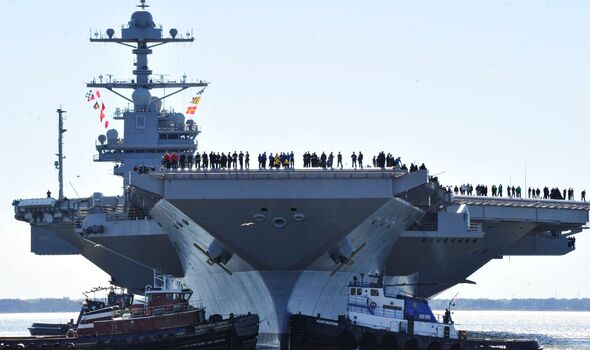 According to the Navy, the deployment is expected to be shorter than the usual six-months.

The exercise will be situated in the second and sixth fleet areas of responsibility in the Atlantic Ocean and the Mediterranean Sea.

Carrier Strike Group 12 Commander Rear Admiral Gregory Huffman said: “This deployment is an opportunity to push the ball further down the field and demonstrate the advantage that Ford and Carrier Air Wing (CVW) 8 bring to the future of naval aviation, to the region and to our allies and partners.” 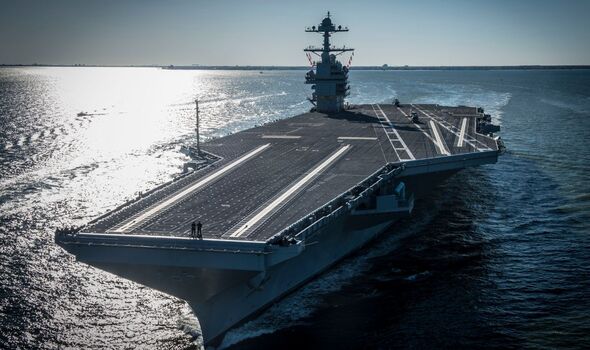 A release from the US Navy added that the deployment will include “approximately 9,000 personnel from nine nations, 20 ships and 60 aircraft”.

The release added that nations involved in the exercise include the United States, Canada, Denmark, Finland, France, Germany, the Netherlands, Spain and Sweden.

Other ships from the carrier strike group will be deployed to accompany the Ford on Wednesday.