Kira Rudik praised the UK for offering both military aid and humanitarian support in the face of Vladimir Putin’s brutal invasion of her country. The Ukrainian MP thanked international allies for their backing of President Zelensky’s defensive efforts to combat Russian aggression. Despite her grateful acceptance of global support, Ms Rudik made certain to clarify that the UK’s alliance with Ukraine was not explicitly tied to the leadership of Boris Johnson. She explained the provision was a matter of “survival” for Ukrainians and should not be credited to the personal nature of the Prime Minister.

Speaking on GB News, Ms Rudik said: “We are extremely grateful for all the help and support we have received from the United Kingdom through Boris Johnson.

“For us, the support we are getting is critical for our survival, our physical survival.

“We want to believe it is not personal support by Boris Johnson or anybody else, but this is the support of all people in the United Kingdom.

“We do hope that, no matter who is in office, this support will continue.” 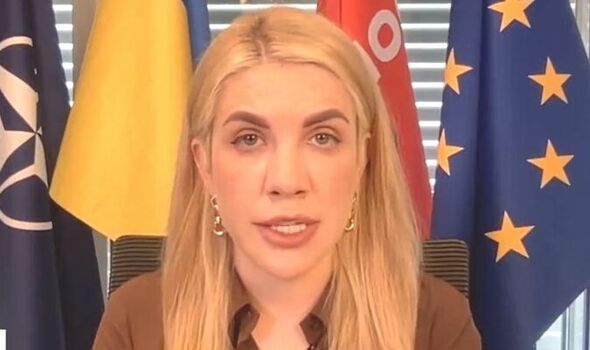 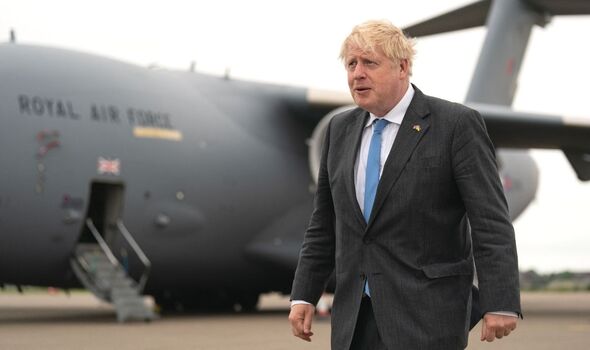 Mr Johnson has been repeatedly praised for his involvement in lobbying international support for Ukraine in the war prompted by President Putin’s ‘special military operation’.

GB News host Rosie Wright added: “Some might accuse Boris Johnson of using Ukraine and this conflict as a sort of PR strategy.”

“He is popular because he visited a couple of times and everytime he visits he brings in support, actual support that we can receive and send to our men and women at the front.” 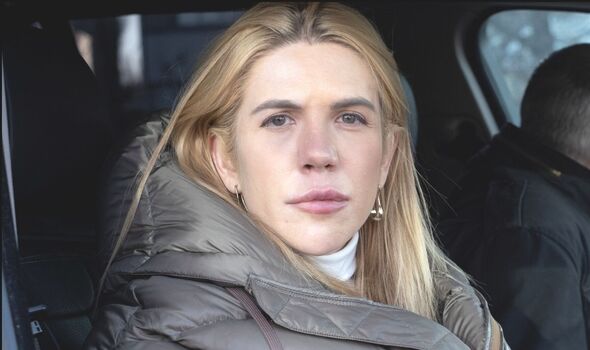 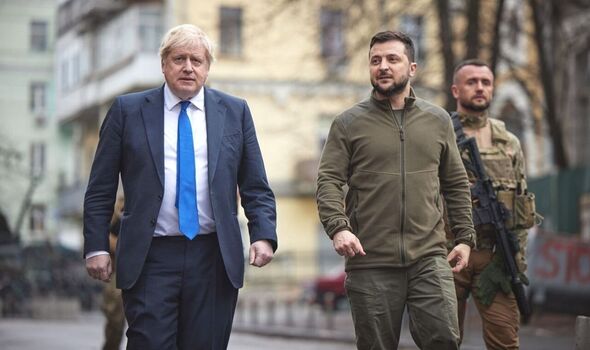 Ms Rudik praised the efforts of the UK Government in providing military support and humanitarian schemes to support Ukraine during the period of conflict.

While she did acknowledge Mr Johnson’s popularity in Ukraine, he was described as a sort of figurehead to the foreign policy, rather than a man imperative to the delivery of support.

Mr Johnson has defended his leadership of the Tory party amid a period of turbulence by presenting himself as the figurehead of the UK’s strategy in Ukraine.

However, the Prime Minister announced on Thursday that he would resign from his role following a series of shock departures within his own party.

Don’t miss:
Boris Johnson resigns: What happens now? [ANALYSIS]
Have Your Say: Boris Johnson to resign as PM – who should replace him? [POLL]
Zahawi preparing leadership bid for over six months before Chancellor [REVEAL] 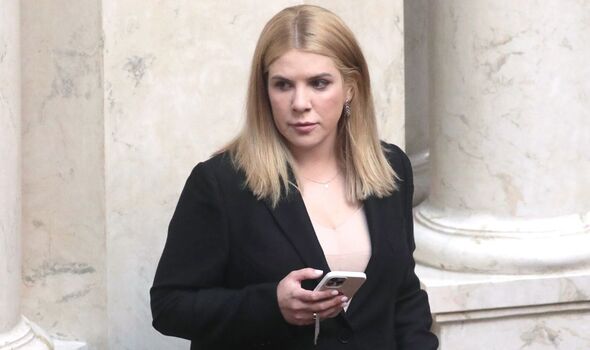 Well over 50 Conservatives, including leading Cabinet members, announced their decisions to resign following the revelation that Mr Johnson was aware of misconduct allegations concerning Chris Pincher.

The Prime Minister’s resignation will trigger a race for the Tory leadership over the coming summer months as candidates battle for the opportunity to succeed Mr Johnson.

Ms Rudik advocated for a continued policy of support for her nation, regardless of the leadership turmoil facing the Conservative party.

As the war continues in Eastern Europe, the domestic political concerns in the UK threaten to derail the public focus on President Putin’s aggression.

Read next:
Zelensky hails weapons from the West as Russia set for more losses
Rory Stewart beams as he learns Boris Johnson to resign live on Sky
Seven Tory leadership hopefuls that could replace Boris Johnson
Election polls: Who would win an election right now?
Ukraine LIVE: When Belarus could launch full-scale attack