The Kremlin has announced that four occupied areas of Ukraine will become part of Russia after the country’s forces held “sham” referendums in the regions. Russian military oversaw rigged votes in Luhansk, Donetsk, Kherson and Zaporizhzhia. Moscow now warns that any military action in these areas will be considered an attack on Russia.

Vladimir Putin signed documents on Friday to declare these Ukrainian regions as Russian. In a speech, he added that the referendum results were the “will of millions of people”.

This marks yet another escalation from Russia in its war against Ukraine, coming after Kyiv’s soldiers made huge progress in their counteroffensive near Kharkiv last month.

Speaking to Express.co.uk, he claimed Ukrainian forces can push the Russians out of Crimea, the region which they annexed in 2014. He added that this could be a “devastating” blow for Russia if it happens. 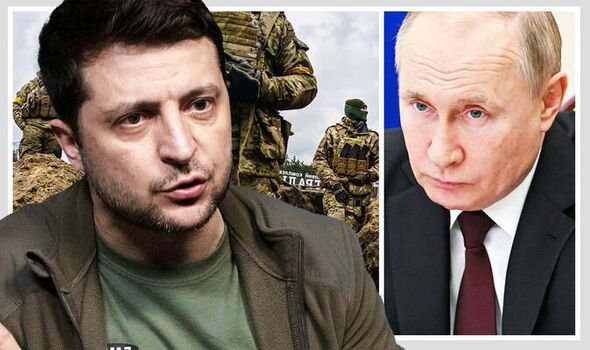 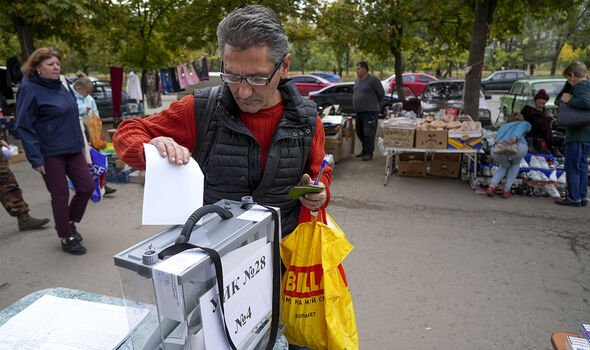 Mr Hodges said: “What I anticipate happening over the next couple of months, by December, I expect Ukrainian forces will have had more success moving towards Donetsk. All of this is moving towards taking back Crimea.

“I would imagine that once they get closer, and assuming the Biden administration continues to supply weapons, Ukraine can get in range of Crimea. Once you start dropping rockets on Russian airfields and military installations in Crimea, I think Crimea becomes untenable for the Russians.

“Crimea is critical to Russia’s ability to control the Black Sea. President Volodymy Zelensky said, ‘This thing started in Crimea it will end in Crimea’. It would be a devastating loss for the Russians, but it’s Ukrainian territory, now is the chance to regain their sovereign territory.”

Putin is currently trying to reverse his military’s struggles in Ukraine by mobilising more people to fight. But this hasn’t gone to plan. 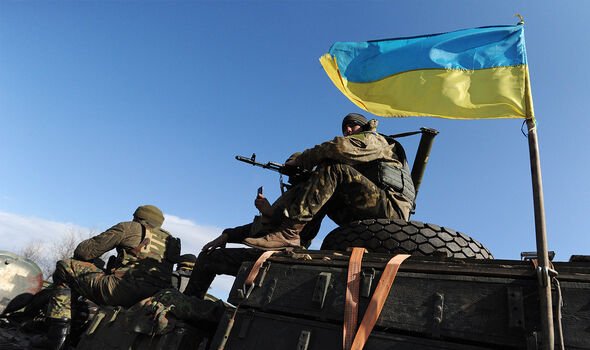 Thousands have left the country via direct flights and many more are trying to get out of Russia through borders to neighbouring countries like Georgia and Finland.

The Russian President even admitted this week that his government has made mistakes when it came to the mobilisation. He said: “In the course of this mobilisation, many questions are coming up, and all mistakes must be corrected and prevented from happening in the future.

“For example, I’m thinking of fathers of many children, or people suffering from chronic diseases, or who those who are already past conscription age.”

Meanwhile, Ukrainian President Zelensky has announced that he is submitting an “accelerated” application to join the NATO military alliance. 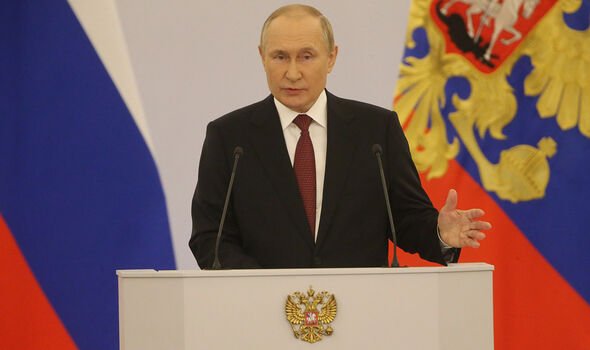 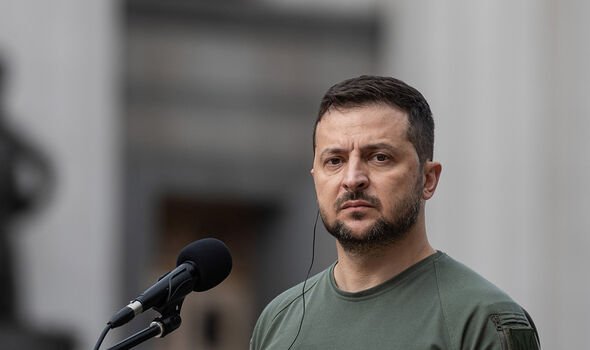 “We trust each other, we help each other and we protect each other. This is what the Alliance is. De facto.

“Today, Ukraine is applying to make it de jure. Under a procedure consistent with our significance for the protection of our entire community. Under an accelerated procedure.”