Vladimir Putin formally recognised the four regions of Donetsk, Luhansk, Kherson and Zaporizhzhia as parts of Russia at a ceremony in the Kremlin on Friday.

The Russian President said he would “use all means” to defend the newly incorporated territories during a speech in Moscow.

Despite the veiled threats to use atomic weapons, NATO’s head, Jens Stoltenberg, said the military alliance remained “unwavering” in its support of Kyiv and would not be “deterred” by Putin’s nuclear brinkmanship.

He added: “We remain resolute in providing support to Ukraine as it continues to defend itself against Russia’s aggression…for as long as it takes.” 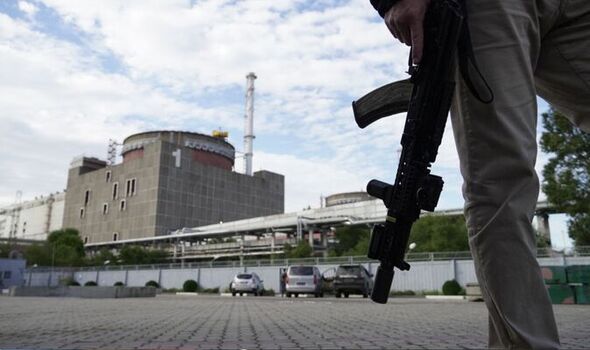 Vladimir Putin’s speech claiming the four Ukrainian territories of Kherson, Donetsk, Luhansk and Zaporizhzhia following “sham” referendums unveiled his belief in an “existential struggle between Russia and the West”, an expert has revealed.

He decried the west and set up his administration as anti-imperialist after claiming the territories voted to join the country in a series of referendums deemed a “sham”.

The President likely planned his speech as a show of strength, but it has forced him into a corner, experts believe.