Forecasters have warned that it is “all change for the weekend” with gusts of up to 60mph. Met Office meteorologist Emma Salter said: “On Saturday morning the wind will pick up.

“Western regions could see gusts of up to 50mph or 60mph over higher ground.

“I wouldn’t rule out a warning being issued for the weekend, through Saturday night and Sunday.”

Mr Deakin said: “A lot of cloud across Scotland, some hill snow here and there, outbreaks of rain at lower levels. 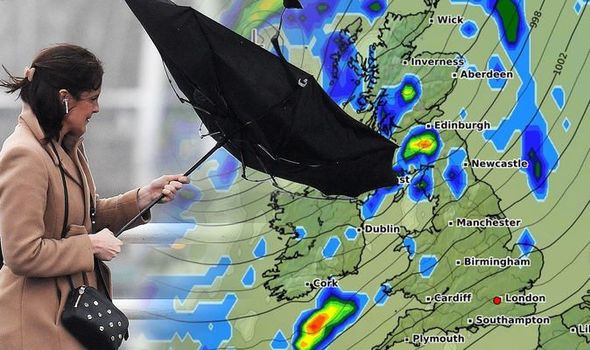 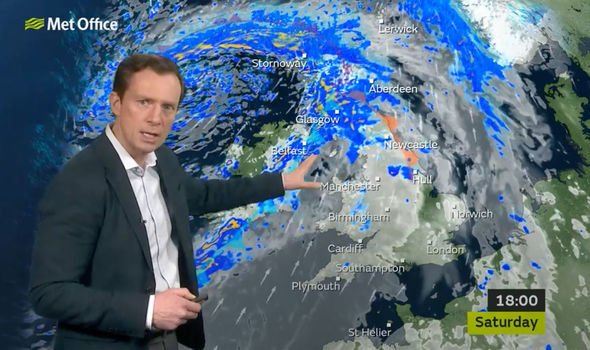 “Something a bit brighter for Northern Ireland but notice the rain isn’t too far away.

“A rather grey start for most of England and Wales with some showery rain across parts of the east in particular, that though is heading out into the North Sea and should get a bit brighter as we go through the morning.

“Over the Midlands and southern England some sunny spells across parts of Wales also. 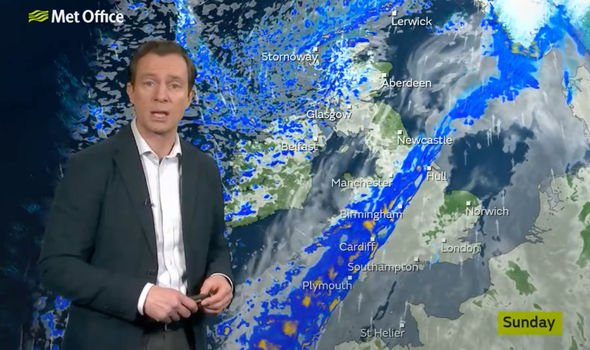 “Breezes coming up from the south bringing relatively mild air but that wind continuing to strengthen especially in the north west as that next band of rain starts to push in.

“But as I said that southerly wind is bringing relatively mild air so temperatures widely up to double digits and we may creep into the teens with a bit of brightness across some parts of England and Wales.

“We will see any brightness disappearing though in the west as this next area of rain comes in. 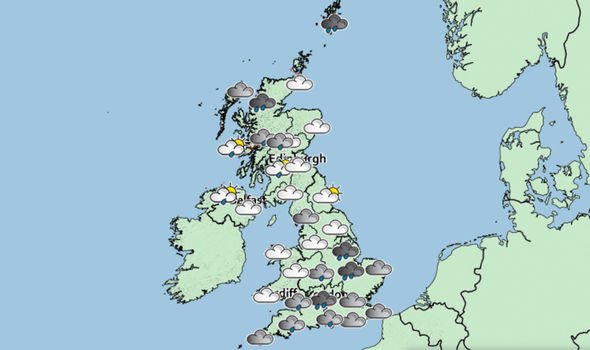 “That will move quite widely across Scotland during Saturday evening, clearing away eventually from Northern Ireland as the rain spreads over the Irish sea into parts of north west England and north Wales.”

Moving on to Sunday, the meteorologist said: “That line of rain is a cold front which will steadily stagger across the country during Sunday.

“It’s tied into an area of low pressure that will mean lots of showers for Scotland and Northern Ireland.

“There could be some strong gusty winds as that band of rain swings through. 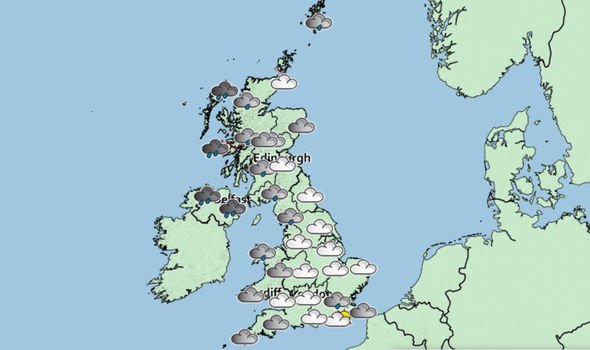 “It’s not going to rain everywhere all day, East Anglia and the south east by and large dry on Sunday morning.

“And as that rain band clears, Wales and northern England also cheering up through the day and eventually turning dry and south west England also.

“Across England and Wales there will be that spell of a couple of hours of wet weather.

“For Scotland and Northern Ireland it’s a case of showers coming and going through the day with that blustery wind.

“Now the wind swings round into a northerly direction for the end of Sunday so colder air will eventually arrive here.

“Elsewhere temperatures generally 9C to 11C so it will turn a bit colder behind that cold front compared to Saturday but still a bit milder than Thursday earlier in the week when it was really quite chilly.”