BBC meteorologist Ben Rich called the recent heatwave “very significant” as a new record of 40.3C was set in the UK. Much to the relief of Brits across the country, weather models show that the temperatures are beginning to fall again for a much more seasonal end to the week.

According to WXCHARTS, by Thursday temperatures will have reduced to the more normal climbs for this time of year of around 21C.

Mr Rich said: “Our historic and unprecedented weather is now coming to an end but on Tuesday we recorded a new provisional UK record of 40.3C.

“Normally when we break records it’s by a fraction of a degree but…it exceeded it by more than one and a half degrees.

“It is very significant”. 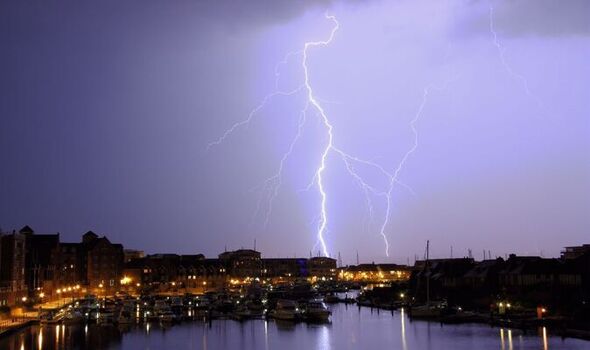 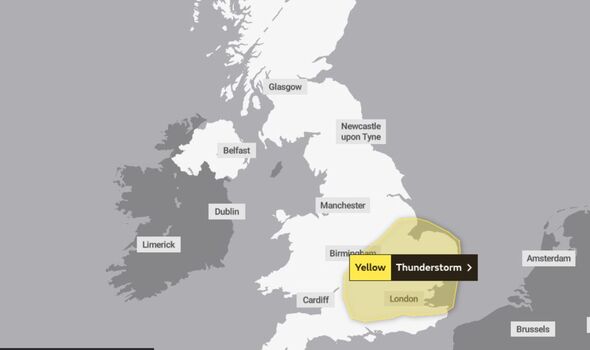 The forecaster added that on Wednesday “out towards the west something cooler and fresher is blowing in from the Atlantic”.

He continued: “We’ve got some intense thunderstorms across north east England, the midland, east Anglia maybe the south east, quite hit and miss but some areas could get quite a lot of rain in a short time.”

The Met Office has issued a yellow weather warning for Wednesday but this time not for extreme heat, instead it is for thunderstorms.

The alert is in force on Wednesday from 13:00 BST until 21:00 BST for the Midlands, the East of England, London and the south east, and parts of the south west of England.

The Met Office said: “Heavy showers and thunderstorms are expected to develop across central, southern and eastern parts of England on Wednesday afternoon. 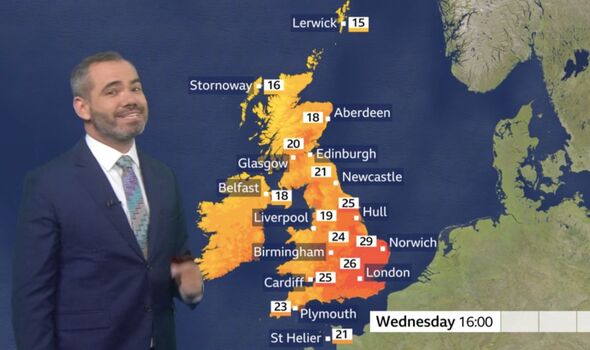 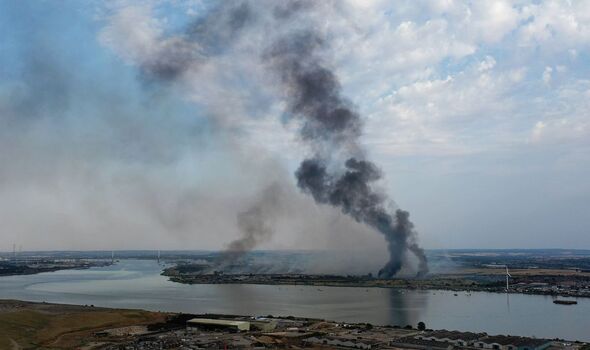 “Whilst most places will see only small amounts of rain there is a chance of some isolated heavy downpours and lightning.

Warnings have already been issued that there may be travel disruptions caused by flooding and lightning strikes such as delays and cancellations.

This disruption would be on top of already crippling transport services and infrastructure from the extreme heat of the past few days. 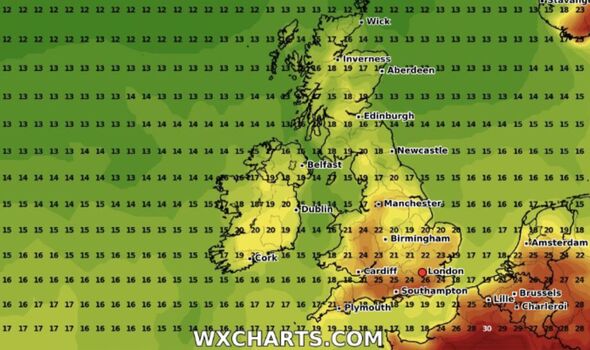 There is also a slight chance with the thunderous weather that power cuts may occur, and other services may be cut off.

Transport for London has already warned that hot overnight temperatures coupled with the threat of lightning strikes and downpours may see further disruption to rail services during the rush hour.

TfL’s Interim Customer & Revenue Director, Julie Dixon said: “With warm temperatures overnight and a risk of lightning strikes and heavy rain, there may be some disruption to our services in the morning.”

According to WXCHARTS, for many overnight temperatures remained between 23C and 31C and much needed widespread rainfall to cool the UK is not yet predicted for the coming days.