The Met Office says June will bring a “taste of summer” with temperatures set to peak over 30C (86F) in parts of the country over the next two weeks. Sunseekers will enjoy a number of small mini heatwaves following a washout in May, with more settled and dry conditions to hit the UK.

The Weather Outlook’s maximum temperature charts for June show most parts of the UK will see the mercury peaking between 21C (69.8F) and 30C (86F) between Sunday, June 6 and Friday, June 18. 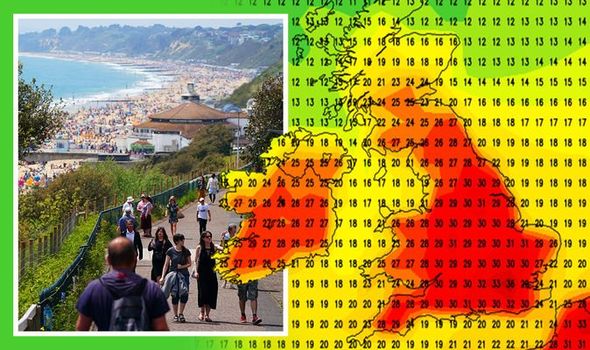 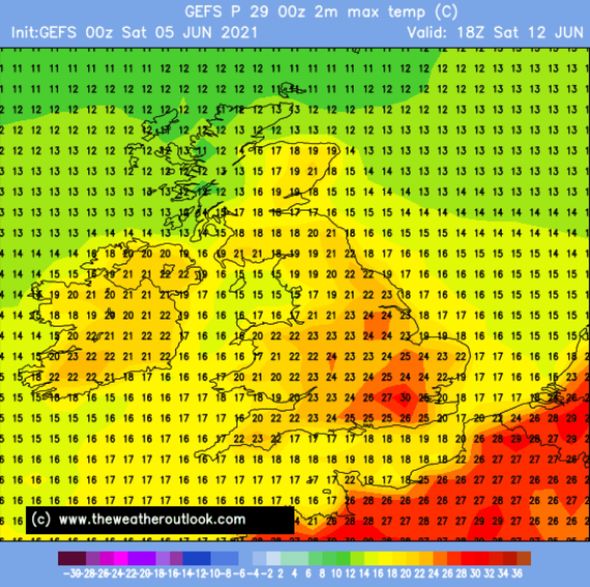 Meanwhile, northern parts of England, Wales and Scotland will see more moderate ranges of between 15 (59F) and 20C (68F).

Outlining the next two weeks, Brian Gaze, founder of the Weather Outlook, said: “Things are looking quite promising for the first half of June, but there is some rain in the forecast. 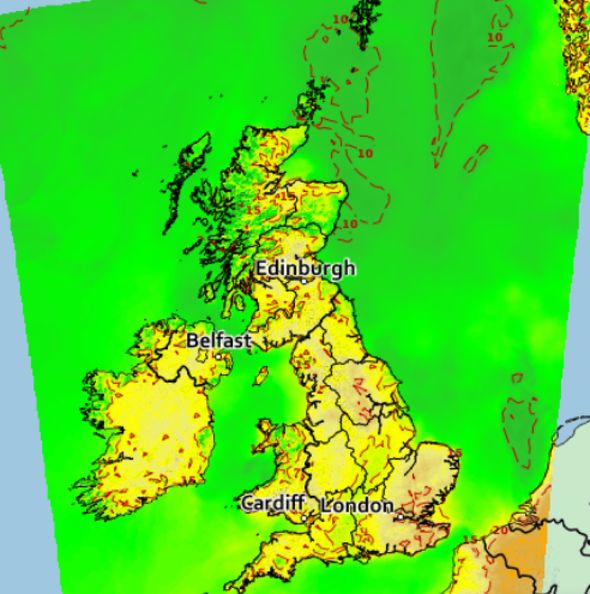 “The first half of June looks set to bring a good deal of dry and warm weather, especially to the south.

“In the north and particularly the north-west there is a stronger signal for more changeable periods.”

The Met Office’s long-range forecast for June 9 to June 18, added: “Temperatures are likely to remain average to warmer than average with an increased risk of hot conditions.”

Going into today, there could be some showers in Northern Ireland and western Scotland, while most of England, Wales and eastern Scotland will see fine conditions. 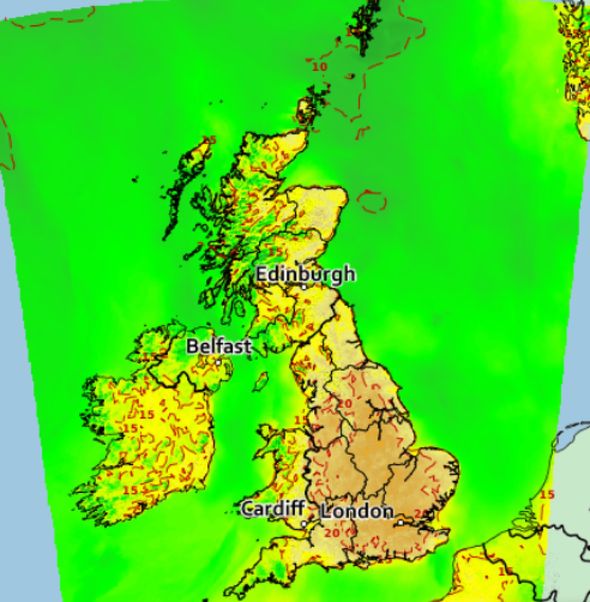 Met Office forecaster Marco Petagna said it would be “a pretty good day for most areas” with temperatures peaking at 25C or 26C (78.8F).

Elsewhere in the UK, temperatures are likely to be in the high teens and low 20s, with conditions generally warmer than Friday.

Temperatures are set to remain broadly similar on Sunday, with the potential of 25C (77F) in the southeast of England, while there could be scattered showers across parts of the UK.

BBC Weather: Rain to hit some western parts of UK

In his regular forecast, he said Sunday, June 6 would be “dry with sunny spells.”

It comes after there were downpours in East Anglia and the south-east of England on Friday, which saw temperatures plummet to around 13C in some areas for the end of half-term.

Umbrellas and raincoats were needed in Kent where East Malling saw 20.2mm of rainfall, while Shoeburyness in Essex saw around 19.6mm, according to the Met Office.

Racegoers used plastic bags to shelter from rain at Epsom, while steady rainfall wiped out the third day of the first Test between England and New Zealand at Lord’s.