Vast amounts of energy ploughed into the atmosphere will go bang as a cold front from the northwest collides with a 42C heat plume. Sporadic and “severe” thunderstorms will erupt across the UK as forecasters warn to “watch this space”. In the meantime, experts warn Britain is now one, if not the hottest place on Earth with temperatures eclipsing southern Europe, Africa and the Far East.

Meteorologist Scott Duncan said: “Very few places on planet Earth will be hotter than parts of the UK and France.

“Only about 1.2 per cent of the Earth’s surface will be hotter than the hotspots in the UK, and these are mostly made up of desert regions.”

Thermometers will rocket through the next 48 hours possibly hitting 42C with night-time temperatures in the high 20Cs.

From today, the nation is on a red-alert weather alert amid warnings thousands of people could die.

The Government held an emergency Cobra meeting at the end of last week as the alert level was raised to level-4 – national emergency. 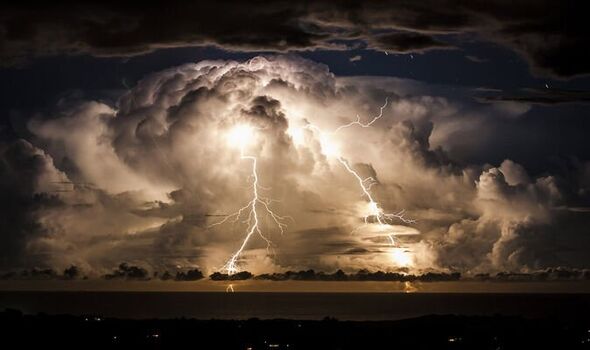 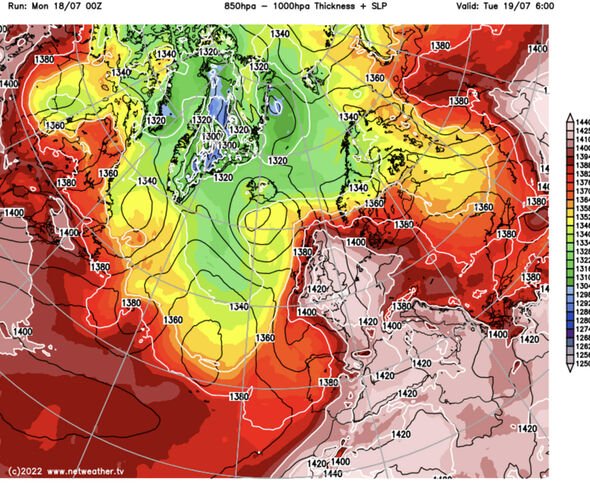 They are pleading Britons to avoid exposure to the heat and to limit activities when temperatures are highest.

The mercury will plummet on Wednesday as the baking plume roasting Britain is swept away by a band of air from the northwest.

However, huge volumes of energy ploughed into the atmosphere by unprecedented heat will erupt as two air masses collide.

Violent electrical mega-storms will erupt across the UK as forecasters warn to “watch this space”.

Jim Dale, meteorologist for British Weather Services, said: “There is a risk mid-week of some sporadic and severe thunderstorms.

“However, these will be difficult to pin down and could be widespread, so it is a case of watching this space.

“Cooler air from the northwest will move into Britain and hit the heat dome, and this will cause a lot of instability in the atmosphere.

“This instability is seen when hot and very humid air collide, and this may occur from Tuesday night.

“There may be some firework shows this week.”

Britons have been urged to avoid strenuous activity today and tomorrow to avoid dehydration and heatstroke. 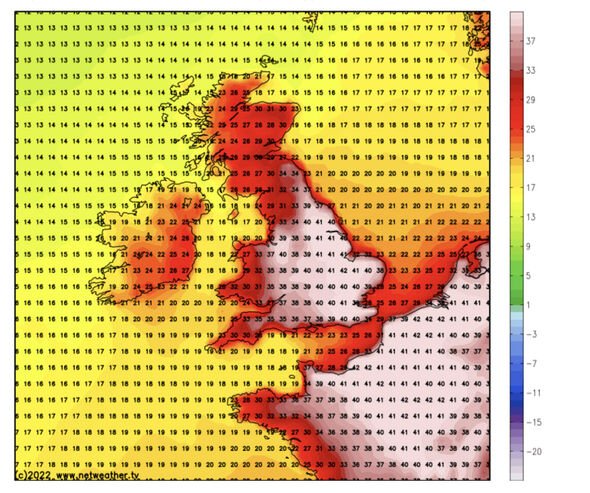 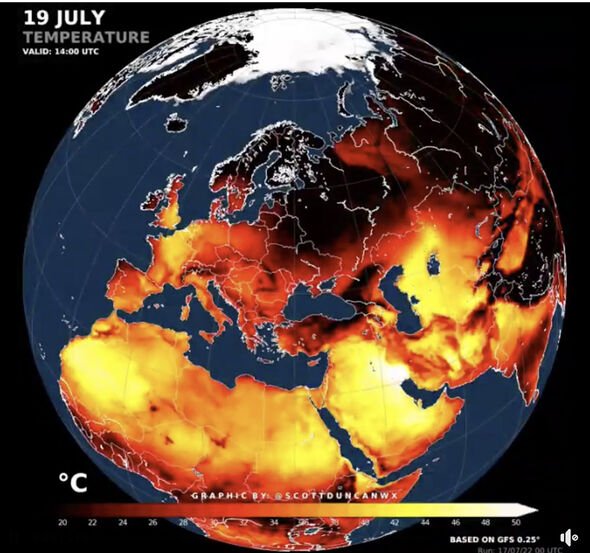 He said: “Avoid physical exercise during the hottest part of the day and keep hydrated–it is important to drink around three to five litres a day.

“Make sure you keep in the shade if you are exercising outdoors and try to do this early before the heat builds.”

The Met Office warned of ‘dangerously high’ temperatures during the day and overnight, with tonight likely to be the hottest on record.

Meteorologist Aidan McGivern said: “The really intense heat comes along on Monday and there will be a real step up in those temperatures on Monday. 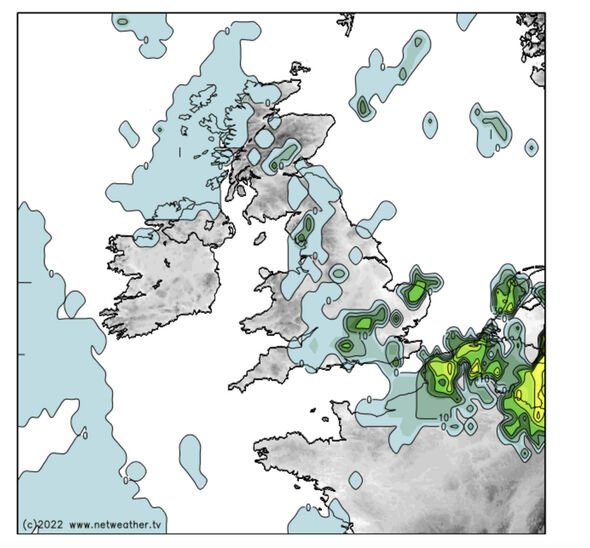 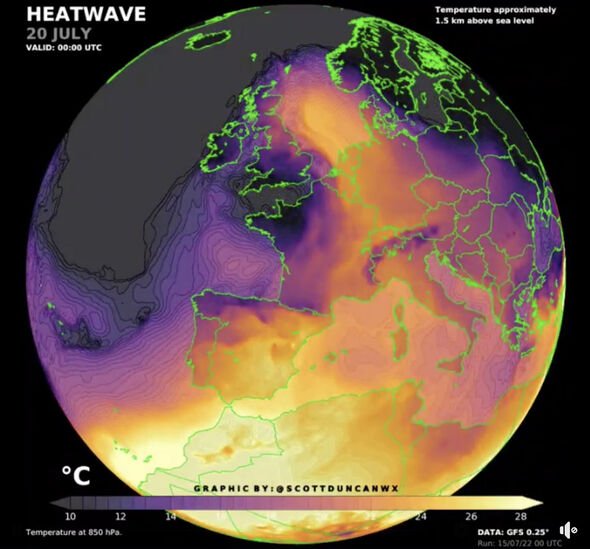 “Across much of England and Wales we are exceeding 30C, and in the hotter parts of central England, east Wales and eastern England the risk of mid- to high-30Cs.

“The UK temperatures record could be broken on Monday, but even hotter weather is on the way and there is very little relief overnight.