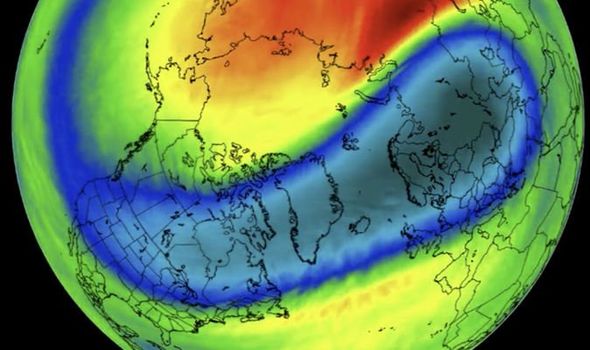 Freezing Britons are warned not to be lulled into a false sense of security by a lift in temperatures next week with a mammoth mega-freeze looking ever more likely this month.

A significant Sudden Stratospheric Warming (SSW) event over the North Pole, similar to that which triggered the big freeze three years ago, is now almost certain to trigger a ‘major event’ during the second half of January.

The entire nation faces heavy, crippling snowfall and sub-zero temperatures which could hold out until spring.

It will follow a freakishly mild spell which could push the mercury into double figures by the end of next week.

Jim Dale, meteorologist for British Weather Services, said: “Milder conditions from the west will start to infiltrate into the UK next week.

“Western regions will feel it first, and we could see highs of 10C or 11C in London by the end of the week.

“However, we are expecting a shift of the Polar vortex triggered by events now occurring over the North Pole.

“This could drive a reversion to extreme cold and snow through the end of January and into the start of February.” 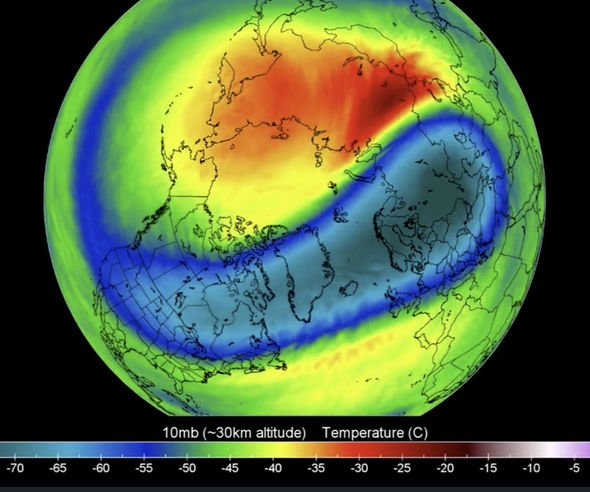 The 2018 Beast from the East which brought the UK to a near standstill was the result of a similar shift in the Polar Vortex.

A SSW event which set in during that winter drove the historic cold spell which saw inches of snow blanket swathes of the nation.

A similar occurrence could see the Polar Vortex–the body of air circulating over the Arctic–shear in two sending a sub-zero plume of air over the UK.

Forecasters are facing a ‘nightmarish’ period of forecasting as they keep their eyes on developments over the North Pole.

John Hammond, meteorologist for weathertrending.com, said: “The Polar Vortex is weakening, and may well be about to go into a full or partial split – leading to a reversal in winds above parts of the Northern Hemisphere.

“This can have huge implications for our weather down here at ground level, as we saw nearly three years ago.

“By the middle of the month, intensely cold air will be spewing out of the arctic and amassing just to our northeast.” 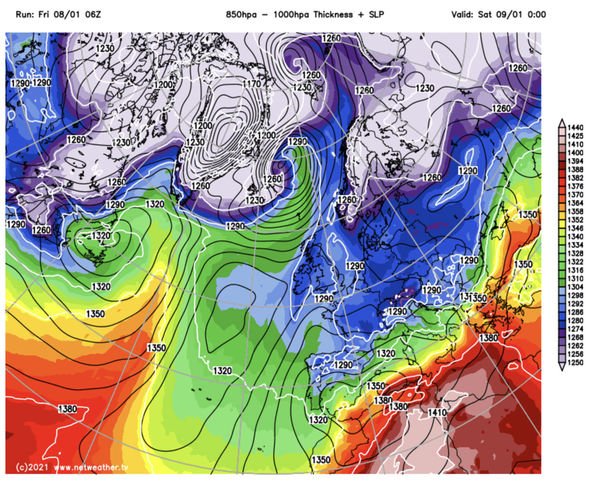 Although it is forecast to turn milder, a cold blast from Arctic may lock horns with moist air from the Atlantic bringing heavy snowfall, he warned.

He said: “Milder air will have tentatively managed to waft in from the Atlantic to some areas by the start of the new week, but any warm-up looks brief, “Another surge of Arctic air will confront this milder airmass, potentially bringing a significant snowfall around midweek.

“This looks set to be a ‘nightmarish’ week to forecast – big contrasts with big implications.”

In the short term, Britons will enjoy a break from the cold snap with milder weather on the way next week.

Winds from the west will push temperatures several degrees higher than those recorded over the past few days, experts say.

The mercury will nudge double figures across southern England although Scotland and the north will stay much colder.

It will follow a freezing weekend with lows of -10C forecast in the north through the next 24 hours.

Mr Dale said: “It is looking like another cold weekend.

“We will start to see low pressure from the southwest pushing in after the weekend and this will bring a change to slightly milder conditions for parts of the country.”

Long-range forecasters warn we are not out of the woods by far, with another lengthy cold snap looming.

Exacta Weather’s James Madden said: “Looking further ahead to the second half of this month, we see a picture littered with wintry and heavy snow showers for many.

“Temperatures will gradually get much lower, we have not seen the end of the cold and the end of the month may deliver something significant in terms of heavy snow and ice.”

While February could bring further spells of milder weather, the risk of heavy snow will remain, he added.

He said: “February is likely to bring some rather interchangeable weather patterns as the first of any major mild weather pushes in off the Atlantic and at times wins over from the icy Siberian conditions.

“However, there will still be widespread frosts and some transient snow to contend with throughout February as winter tries to cling on.”

Bookmakers have once more slashed the odds on January turning out to be the coldest on record.

Ladbrokes spokesman Alex Apati said: “It looks as though 2021 is going to get off to a record-breaking cold start if the latest odds are anything to go by.”

Coral’s Harry Aitkenhead added: “We’re seeing some extreme temperatures in the Scottish Highlands and we have slashed the odds on this winter producing the coldest temperature the UK has ever endured.”