Snow has become a regular fixture of January’s weather this year, with several cold and icy fronts battering the country. The Met Office has issued two weather warnings, one amber and one yellow, as snow descends on parts of the UK. Two warring masses of air across the north of the UK are to blame for the continuing snowy weather.

Up to 30cm of snow has been forecast to fall across Scotland today and last night, while parts of England could also be affected.

Temperatures plummeted across Scotland last night after a couple of days of reasonably mild weather, with Scots waking up to snow in various places.

Snow has also returned to the northeast of England, with a blanket of powder covering areas like Northumberland and Durham.

An amber warning for snow is now in place, beginning at 3pm this afternoon and remaining in place until 10am tomorrow. 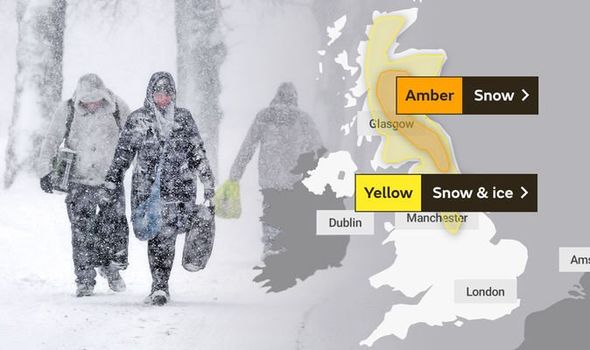 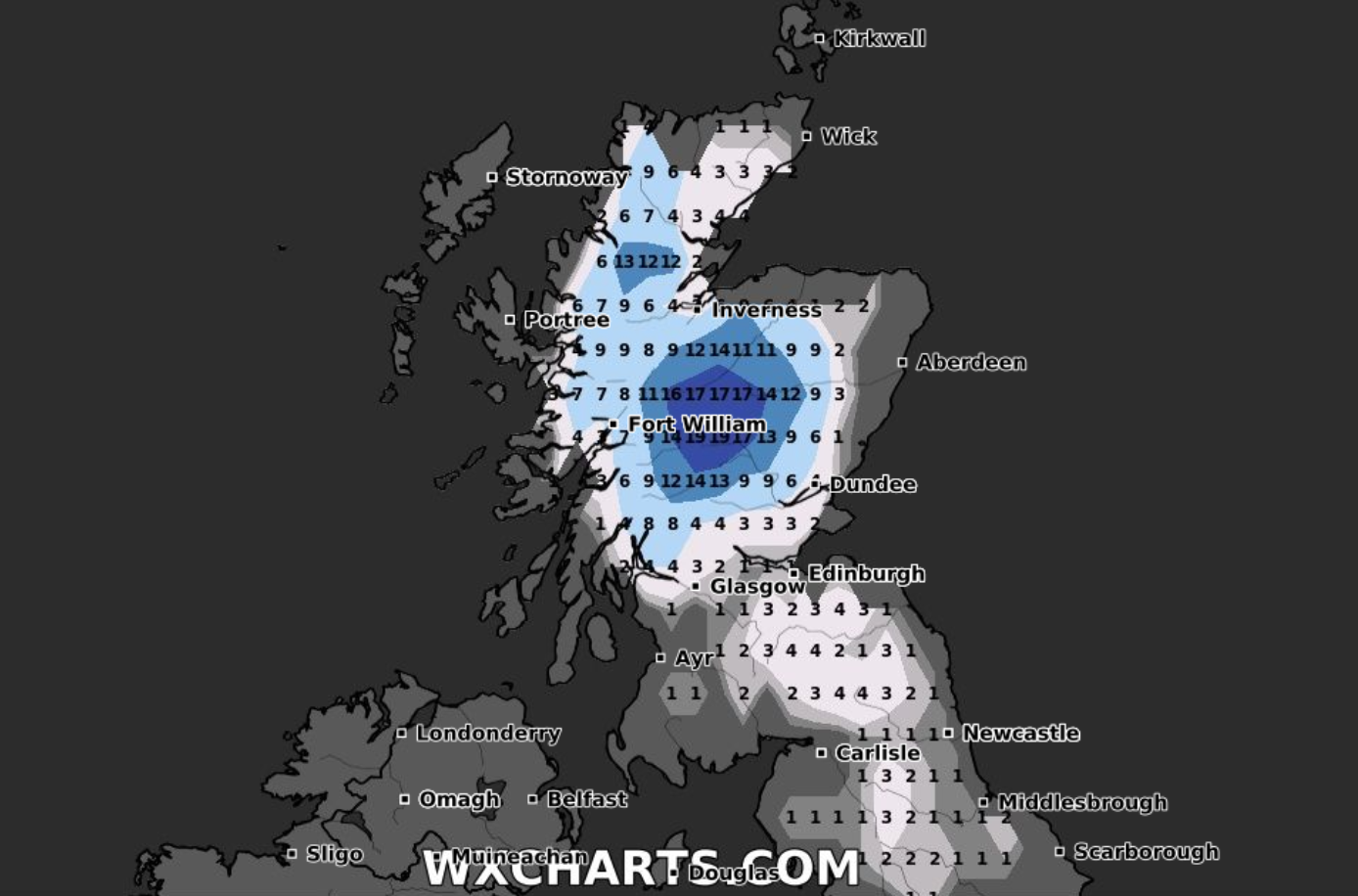 It covers a slither of central Scotland and northern England, with Newcastle, Edinburgh and Glasgow sitting on the edges of the warning area.

The amber warning reads: “Rain will turn to snow across Scotland on Wednesday afternoon and evening, initially on high ground, but increasingly to lower levels.

“During Wednesday evening and night the risk of snow will extend southwards into more of northern England. 10 to 20cm snow is likely to accumulate above 200 metres with greater amounts at higher elevations. 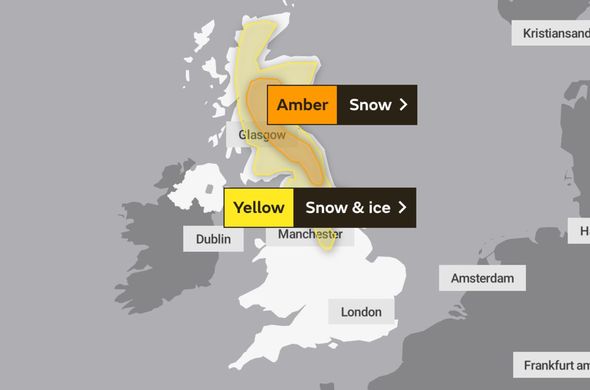 “Amounts at low levels (below 100 metres) are less certain, but 5 to 10cm is likely in some places by Thursday morning.

“Snow will persist into Thursday morning, slowly dying out during the afternoon.”

A wider yellow weather warnings is in place for snow and ice, covering a considerable amount of mainland Scotland as well as the north, reaching down as far as Manchester.

This has been in place since 8am yesterday, and will expire today at 9pm.

Met Office Meteorologist Alex Burkll said: “Through Thursday itself there’ll be further rain across the bulk of the UK and this could bring some fairly significant snow a bit further southwards through Thursday.

“By Thursday afternoon we could be looking at snow across many parts of northern England and into the Midlands and perhaps a little bit further east as well.”

The frosty outlook has some believing we could see another ‘Beast from the East’ seen in 2018, which sparked the worst snowstorms in Britain for decades and temperatures dropped well into the minuses. 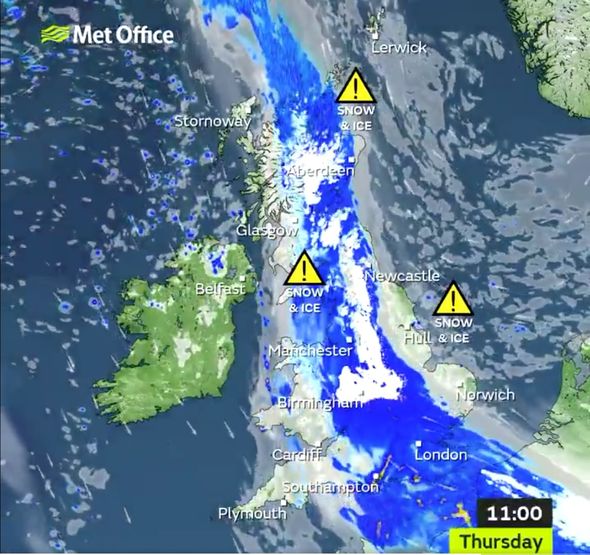 Meteorologists have confirmed a sudden stratospheric warming (SSW) event is happening over the Arctic, which is what happened just before the Beast from the East descended on Britain three years ago.

When this happens the warming can affect the jet stream which regulates much of the weather in the UK.

It can lead to a rush of cold air blowing eastwards across Europe a few weeks later, bringing much cooler temperatures to the continent.

It means Brits could be hit with the same bitter weather often seen in places like northern Sweden, Norway and Finland.

Related posts:
Latest Posts
Futures down as IBM, Intel fall after results
My Co-Worker Is a Scammer and She Gets on My Last Nerve
Nissan boss says Brexit is ‘positive’ – and claims new trade deal gives carmaker a ‘competitive advantage’
Sales of HDB resale flats hit 8-year high in 2020 as prices climb 5%
Singapore office rents fall at slower clip of 3.5% in Q4, vacancies ease
Recent Posts
This website uses cookies to improve your user experience and to provide you with advertisements that are relevant to your interests. By continuing to browse the site you are agreeing to our use of cookies.Ok