The Alan Kurdi and the Aita Mari are being held in Sicily, with their owners complaining of harassment. 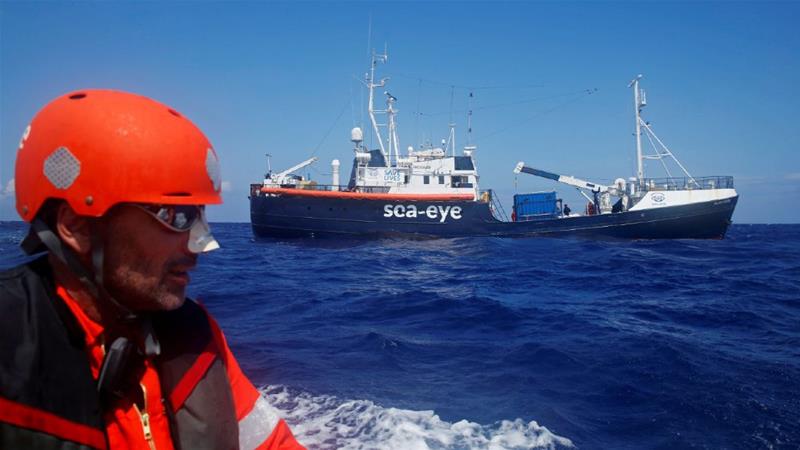 Two boats whose crews have been saving the lives of migrants at risk of drowning in the Mediterranean have been impounded in Italy.

The German-flagged Alan Kurdi, which in April picked up 150 migrants off the Libyan coast and brought them to Italy, was impounded on Tuesday, and the Spanish-flagged Aita Mari, which had brought 34 people to the country, are being held in the port of Palermo, on the island of Sicily.

Both boats arrived at the island on Monday, having completed a two-week quarantine period offshore.

Their owners have called the impounding a bid to block their humanitarian mission, but the coastguard cited “technical and operational irregularities” as the reason for detaining the ships.

The coastguard said in a statement that work would be needed on both boats before they could return to the sea, adding that the respective flag-countries would have to intervene because they were responsible for compliance with ship safety.

No further details were immediately available.

Sea-Eye, the German group which operates the Alan Kurdi, dubbed the move “grotesque”, saying the boat had just returned from a five-week refit.

An initial boat was chartered last month to hold 57 migrants outside Malta’s territorial waters until the European Union found a way to rehouse them. A deal has not yet been reached.

Those restrictions were lifted following the collapse of that coalition government, and numbers of new arrivals have again risen in 2020.

But ports closed once more as the coronavirus pandemic spread. Charities accuse Italian authorities of interfering with their operations, increasing the risk to human life. Italy says NGO boats make the problem worse by tempting people to make the perilous voyage.

The rise in arrivals comes at a time when Italy is considering giving work permits to irregular migrants to help farmers harvest their crops.

“Clearly, if you’re talking about amnesties, regularisations and permits, the message that we give to the other side of the Mediterranean is: ‘Go, go, go, sooner or later they will sort you out’,” Salvini said on Thursday.