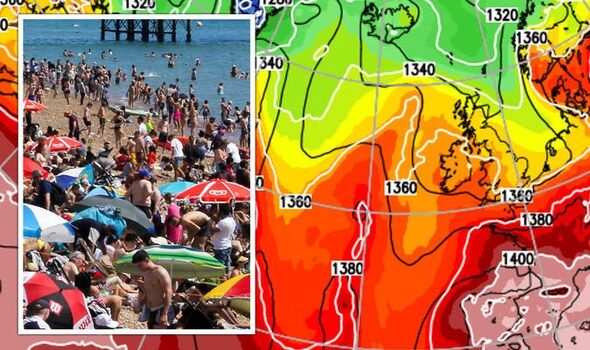 Britons are firing up the barbecues for a balmy end to what meteorologists agree has been a “remarkable” summer.

Two high-pressure systems will collide over the weekend driving off rain and ending August in a blaze of glory.

After much speculation, forecasters agree bank-holiday temperatures will soar, especially across southern and south-eastern England.

Jim Dale, meteorologist for British Weather Services, said: “This weekend will see high pressure in control far more than low pressure, and that means for many we are looking at a very pleasant bank holiday.”

“A high-pressure system over Scandinavia is twinning up with the Azores High and leading to settled weather with temperatures, predominantly across southern Britain, once again higher than average for the time of year.”

“This set up is likely to hold throughout the weekend and beyond.”

Undecisive weather models over the past fortnight have driven meteorologists to tear their hair out, tussling frenetic forecasts for both heatwaves and washouts.

Uncertainty, in part, has been blamed on the transition between seasons and “battling” weather systems.

Mr Dale, author of Weather Or Not? said: “It has been a battleground in the run up to the bank holiday, with tussling regions of warm air and cold air which make it very difficult to come down on one decisive forecast.

“This is not unusual for the time of year, we expect to see a battle zone between pressure systems, the jet stream and areas of warm and cold air, and these can make the forecasts changeable.” 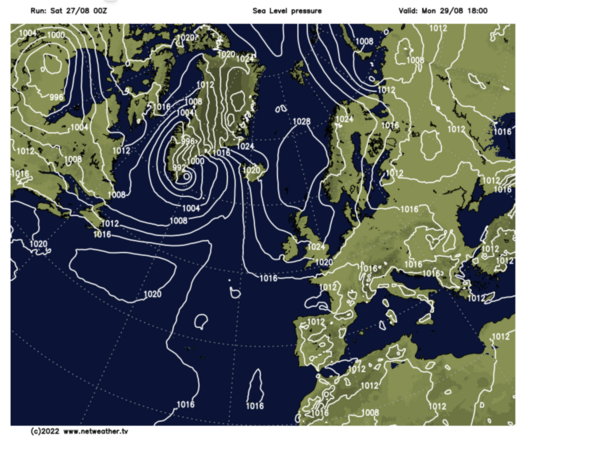 “This is partly just a consequence of the change from high summer to the start of autumn.”

The Azores High–a region of high pressure which sits over the Atlantic Azores Island off the coast of Portugal–has driven much of the hot weather over the past two months.

During the summer, it spreads across the Atlantic and reaches into Britain bringing clear skies and sunshine and pushing air towards the ground to drive up temperatures.

This year has been unusual in the persistent influence of the Azores High, which in July brought the highest temperatures ever recorded.

The Azores High will creep towards Britain once again this weekend bringing another blast of summer sunshine.

Met Office meteorologist Aidan McGivern said: “As we head into the weekend, high pressure will build from the Azores.”

“Through this year, and especially during the summer, high pressure from the Azores keeps extending across the UK hence the warm summer and the very dry summer, and that pattern repeats this weekend.”

“High pressure will bring settled dry bright and warmer weather to many places.”

A bubble of low pressure will barge in on Saturday unloading showers in parts of the country, before the weather dries up, he said.

The mercury is also heading upwards, hitting the 20Cs across Scotland and the north and the high-20Cs further south, he added.

He said: “Thorough the weekend, there is an area of low pressure that will bring some wetter weather for a time late Saturday into Sunday into the northwest before clearing the far north of Scotland on Monday.”

“Elsewhere, it is not going to be entirely dry through the weekend, and there is always the chance of one or two showers forming.”

“But it will be mostly dry with some sunny spells, and it will be warming up.”

Bookies are getting in on the act already slashing the odds on next month going down as the hottest September on record.

Nicola McGeady of Ladbrokes, which has slashed the odds on a record September scorcher to evens, said: “It looks like we will be ending summer on a high with more hot weather this Bank Holiday weekend. However, the odds bode well for sun worshippers, as we now expect that summer weather to carry on into September.”