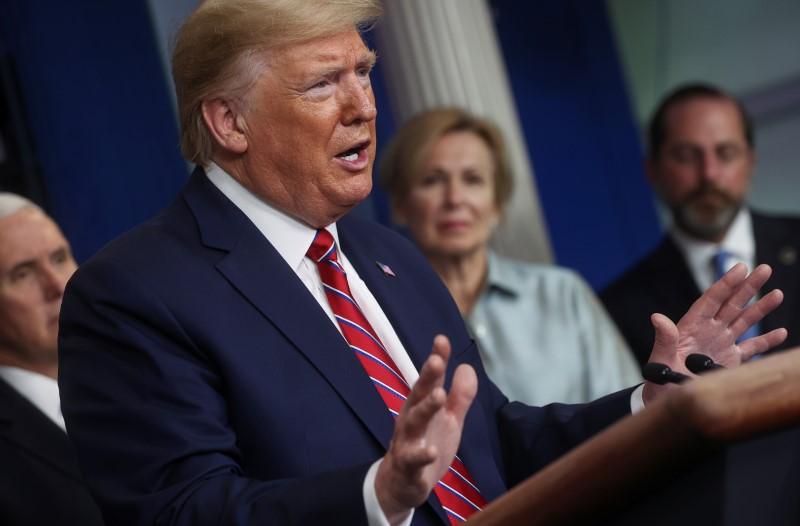 WASHINGTON (Reuters) – U.S. President Donald Trump said on Friday he greatly respects China and Chinese President Xi Jinping, but it was unfortunate the coronavirus began there and got out of control.

U.S. Secretary of State Mike Pompeo, referring to the “Chinese virus” – a term Trump has used repeatedly, greatly angering Beijing – told the same briefing of the U.S. coronavirus task force that Beijing’s delay in sharing information about the virus had created risks to people worldwide.

Pompeo, a persistent critic of China, said it was not a matter of apportioning blame, but the Chinese government was the first to know about the risk the virus presented and was slow to share vital information.

“When you see a delay in information flowing from the Chinese Communist Party to the technical people who we wanted to get into China immediately to assist in this, every moment of delay connected to being able to identify this risk, correct the risk factors, creates risks to people all around the world,” he said.

“This is why it’s not about blaming someone for this, this is about moving forward to make sure that we continue to have the information we need to do our jobs.”

Trump ratcheted up his rhetoric against China over the coronavirus this week, saying Beijing should have acted sooner to warn the world and dismissing criticism that his labeling it the “Chinese virus” was racist.

The president and his administration have angrily rejected attempts by Chinese officials to blame the virus on the U.S. military, but last week, Trump praised China’s data sharing about the disease.

The dispute over the coronavirus is just the latest irritant in relations between the world two largest economies, which are already strained over issues ranging from trade and intellectual property rights to press freedom.