A weather system known as Tropical Depression Three is currently starting to churn over the Atlantic Ocean. NOAA’s National Hurricane Center (NHC) issued an update on the system on June 2, warning “slow strengthening” is expected. Should the depression upgrade, it will become Tropical Storm Cristobal.

Where is Tropical Depression Three?

On Monday, Tropical Depression Three formed over the Bay of Campeche, which is located in the southwestern Gulf of Mexico.

The storm is currently being monitored by the National Hurricane Center (NHC), which is issuing regular updates on the storm’s forecast path.

There are currently warnings for potentially life-threatening rainfall and flooding in parts of Mexico and other regions in Central America over the coming hours. 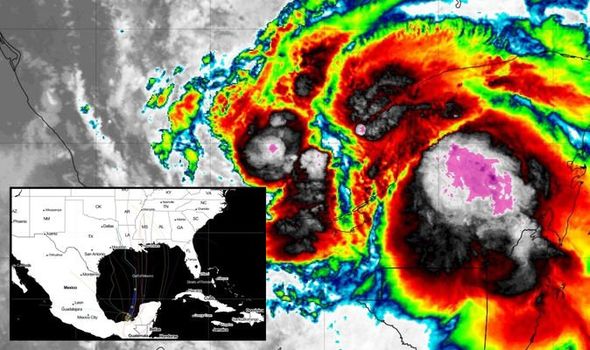 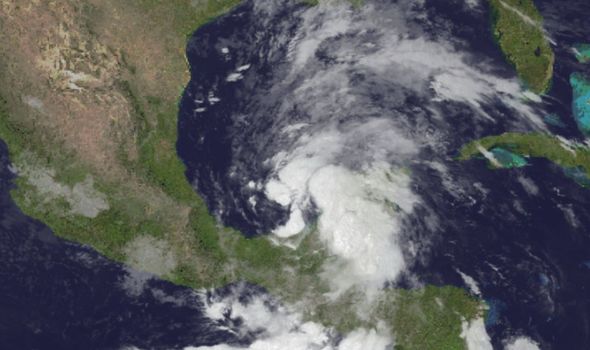 Dan Kottlowski, AccuWeather’s top hurricane expert, said: “The circulation around the gyre is accounting for most of the steering breezes at this time, so it is expected to wander westward and southward and make landfall in Mexico at midweek.”

Some spaghetti models also suggest the storm could track towards the US states of Mississippi, Louisiana and Texas.

The NHC issued a path update in its latest advisory: “At 1000 AM CDT (1500 UTC), the center of Tropical Depression Three was located near latitude 19.5 North, longitude 92.6 West.

“The depression is moving toward the west near 3 mph (6 km/h). 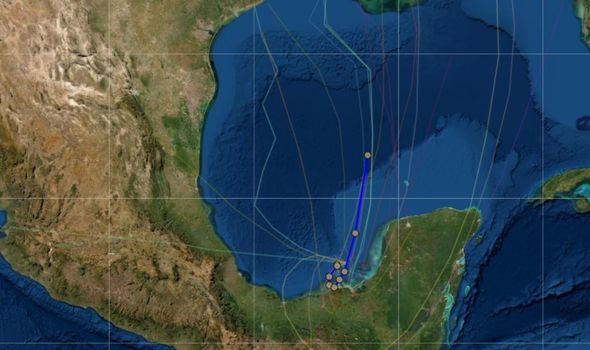 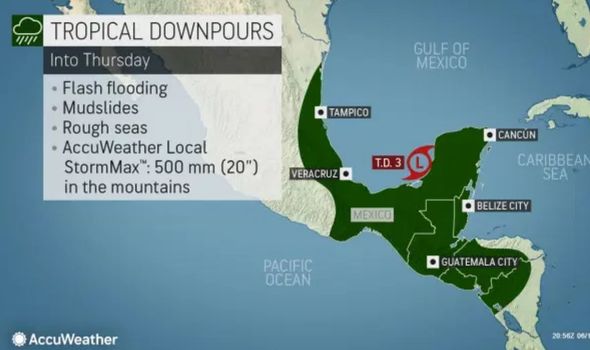 “The depression is forecast to move slowly southwestward or southward this afternoon and tonight, and meander over the southern Bay of Campeche through late Wednesday.

“On the forecast track, the center of the cyclone is forecast to be near the coast of the southern Bay of Campeche tonight through Thursday.”

A Tropical Storm Warning has been issued for Campeche to Puerto de Veracruz, which means tropical storm conditions are expected in the area over the next 24 to 36 hours.

The storm is forecast to produce as much as 20 inches of cumulative rain across some Mexican states, and isolated maximum amounts of 25 inches in some parts of the states of Tabasco, Veracruz and Campeche.

Additional rainfall of 10 to 15 inches, with isolated amounts of 25 inches, is expected along the Pacific coasts of Chiapas, Guatemala, and El Salvador.

Due to heavy rainfall conditions over the weekend, the NHC warned some areas could see storm total amounts of 35 inches.

As a result there are warnings for potential mudslides and flash-flooding.

The next complete NHC advisory will be published at 4pm CDT. 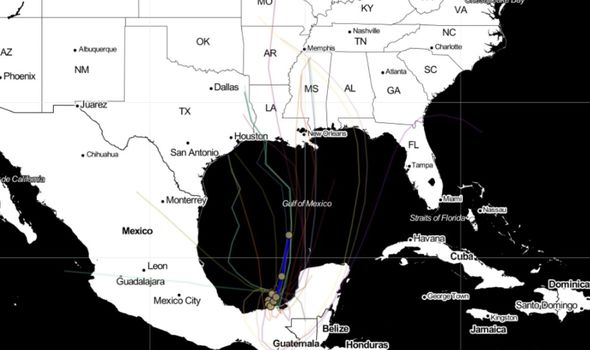 When will Tropical Depression Three become a tropical storm?

As of the NHC’s 10am advisory, Tropical Storm Three currently has maximum sustained winds of near 35mph.

A tropical cyclone upgrades to Tropical Storm status when it has maximum sustained wind speeds between 39mph and 73mph.

The NHC is predicting the depression will upgrade to a Tropical Storm at some point on Tuesday, and will be named Cristobal as this is the next name on the 2020 Atlantic hurricane name list.