SAO PAULO (Reuters) – On Friday, musician Rodrigo Cunha and his piano zipped down an elevated highway in a gritty section of downtown Sao Paulo, playing tunes written by Brazil’s most famous composers, from Tom Jobim to Vinicius de Moraes. 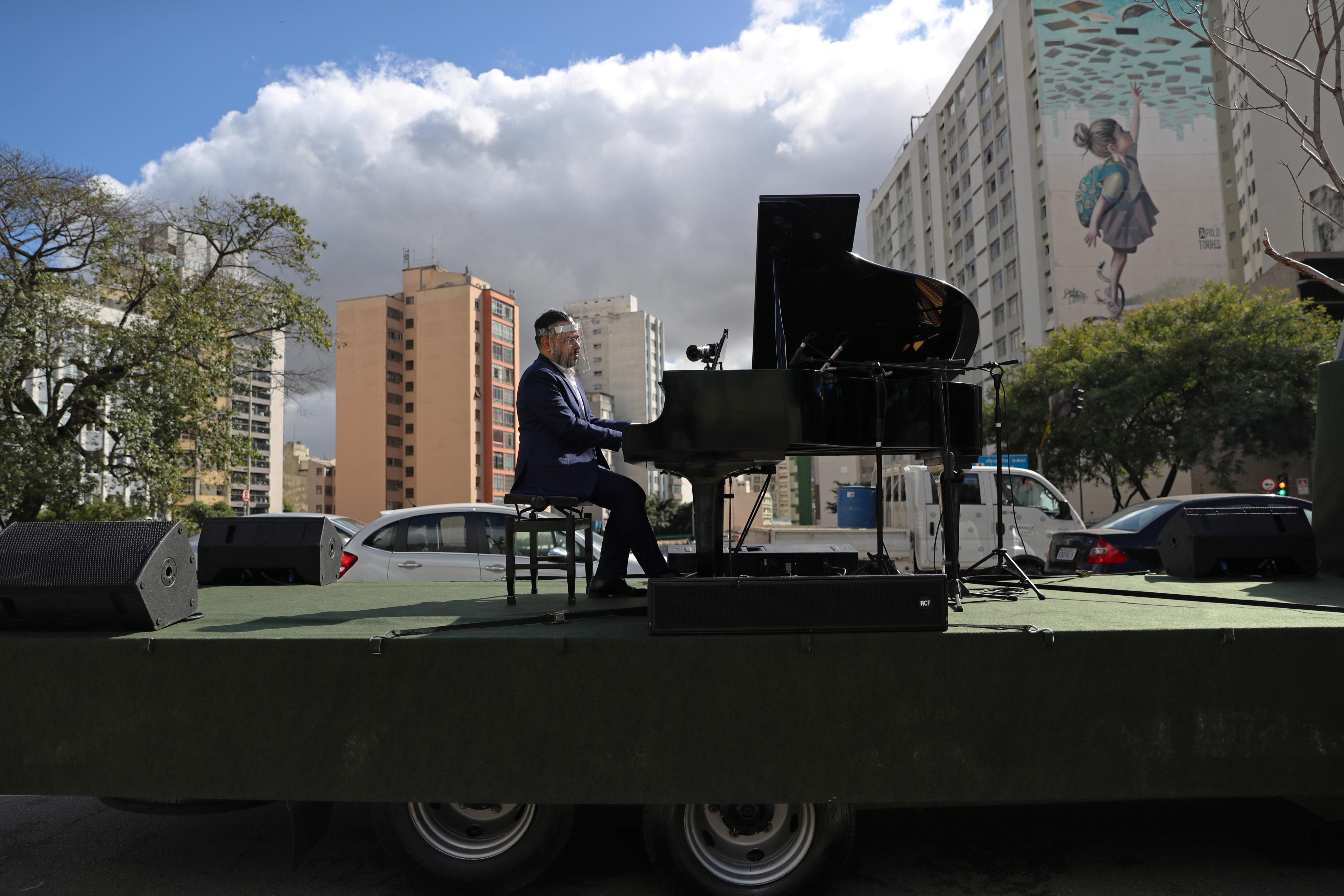 Dressed in a dark blue suit, wearing a plastic face shield and riding atop a modified flatbed truck, Cunha is a conspicuous presence on the Minhocao, a highway weaving through graffiti-covered buildings that has become a symbol the city’s urban grit.

But with South America’s largest metropolis under quarantine, the surreal has become increasingly normal in recent weeks. This is one of the few ways, Cunha says, he can serenade the region’s mothers, many of whom are forced to pass this Mother’s Day without their children or grandchildren.

“I’m really moved to be able to share my art so that people feel alright,” said Cunha, a musician at the city’s Baccarelli Elizete Costa Orchestra, who is volunteering his time. “And I feel good being able to collaborate and be part of this story that we’re living through.”

Cunha is part of a crew of dozens of Paulistanos, as the city’s residents are known, who have volunteered their time and, in some cases, resources to pay homage to the city’s mothers.

While the coronavirus crisis is growing in Brazil, leading to a palpable sense of frustration and fear, the crisis has also been an opportunity for Brazil’s famously convivial to show their solidarity in unexpected ways.

Olga Amato, the owner of a large events business in Sao Paulo and the organizer of the initiative, said she was inspired by a similar homage to medical professionals in the Italian town of Varallo, in which musicians played the famed Brazilian tango “Odeon,” by Ernesto Nazareth. Amato said she managed to gather all the volunteers she needed for the project within a 24-hour time frame.

“I think that if this virus came to teach us something, it was to teach us that we need to lessen our differences,” she said, after a tune from the piano that left hundreds of Paulistanos glued to their windows.

“That empathy and solidarity will stay with us forever.”