Zambia’s first president will be laid to rest today at the country’s presidential burial site situated opposite the cabinet office in Lusaka.

Kenneth Kaunda – or “KK” as he was affectionately known – died last month at the age of 97, after being admitted to a military hospital with pneumonia.

He ruled from 1964 – after the nation gained independence from British rule – until he lost an election in 1991.

Its former president was given a 21-gun salute and Zambians waved white handkerchiefs. It was KK’s trademark symbol – something he carried as a sign for peace. Zambia and other southern African countries declared a period of mourning and flew their flags at half mast in honour of the man credited for fighting against white rule in the region. While Mr Kaunda opposed white rule, he was aware of the importance of maintaining good relations with global powers.

African political feminist Judicaelle Irakoze, a writer, told the Sky News Daily Podcast with Dermot Murnaghan that despite being central to anti-colonial movements in Southern Africa, she feels it was a mistake for Mr Kaunda not to appoint women to his cabinet when he came to power.

“When Kaunda was in prison, it was women who were fundraising, who were going house by house to advance the cause of independence,” she said.

“It’s really hard to grasp how he went wrong, because when they were fighting for independence, there was this level of equal participation.” 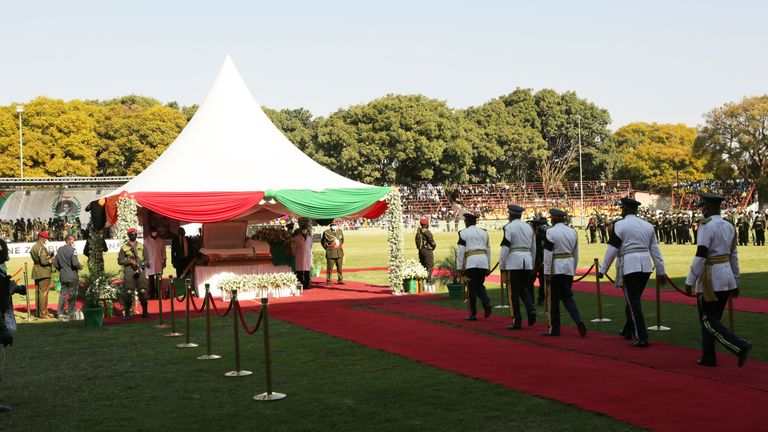 History professor Bizeck Jube Phiri, from the University of Zambia, was raised in a small village in what was then called Northern Rhodesia, under colonial rule.

In the podcast, he shares his memories of being nine years old when Mr Kaunda’s government came to power and started building schools, getting communities involved.

“The government did not build the whole school entirely,” he said. “What it did was to make the framework for the school, putting up the roofs and the pillars to hold the roofs.

“We (were) the ones moulding the bricks and building the school. So, each morning as we are going to school, we would carry at least a brick from the mould and take them to the building site so that the school could be built.”

Prof Phiri said the early days of Mr Kaunda’s rule were characterised by rising employment and an improvement in Zambians’ quality of life.

Eighteen of Mr Kaunda’s 27 years in power were under a one-party system, ruling under what he described as “Zambian Humanism”. 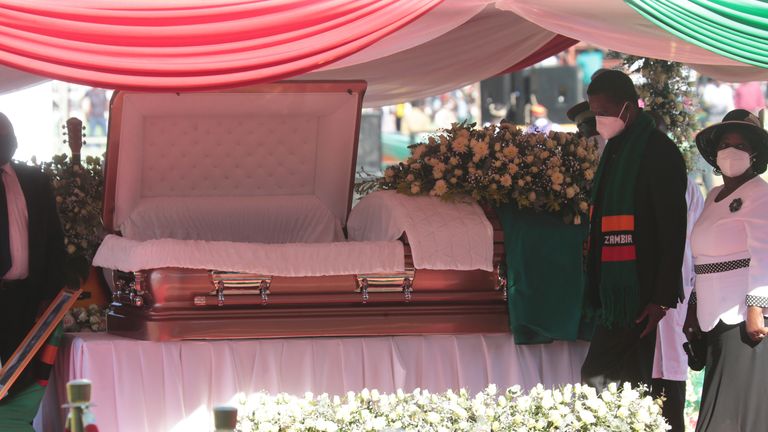 He started to lose popularity as the economy suffered. There was a chronic dependency on copper which exposed Zambia to commodity price fluctuations. The situation sparked food riots, and an attempted coup led to Mr Kaunda accepting a multi-party democracy.

Kenneth Kaunda’s role in the fight against Aids denialism is seen by many as significant at a time when HIV/Aids was highly stigmatised. Professor Nic Cheeseman, from the University of Birmingham, said it was his bold move of telling the world his son had died of HIV/Aids that helped to break through the silence and taboo surrounding the disease and aiding awareness.

Mr Kaunda pursued many other passions for the remainder of his life. Even though posterity may judge him kindly, Prof Cheeseman says it is important to remember the nuances of the man and the politician.

“He did instigate a one-party state that was repressive, especially in the 1980s when he started to lose support,” Prof Cheeseman said.

“But I think it’s also true that he will be remembered as a nation builder and one of those African leaders who really tried to bring people together across ethnic lines rather than divide them.”

Prof Cheeseman said that to remember Mr Kaunda is to also remember other liberation leaders in Africa, who not only fought against white rule, but also engaged in intellectual labour and brought about ideas of how Africa might be free.