All Spaniards will have to stay at home under the quarantine, which comes into force on Monday morning. 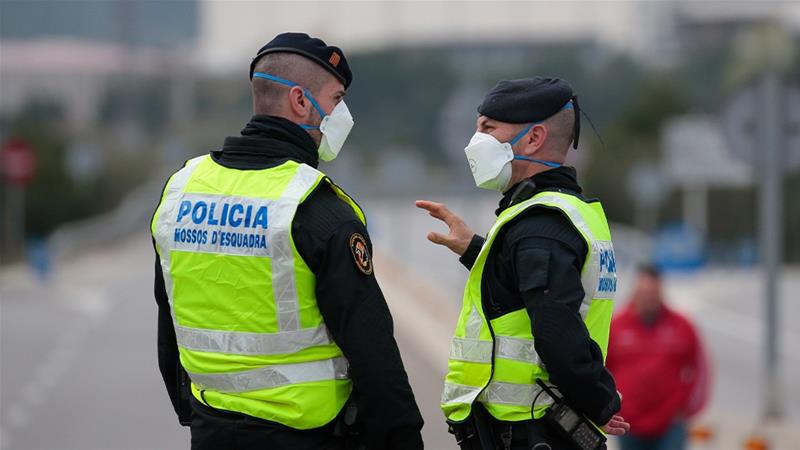 Barcelona, Spain – With the number of coronavirus cases spiralling to more than 6,000 and the death toll reaching 190, Spain on Saturday followed Italy and prepared to impose an unprecedented lockdown.

The country’s left-wing government declared a two-week state of emergency which will start from Monday at 07:00 GMT.

Some 47 million Spaniards must stay at home in an attempt to contain an outbreak which has seen 1,500 new cases in the past 24 hours. Spain has the fifth-highest number of cases in the world, behind China, Italy, Iran and South Korea.

In practical terms, the emergency order means Spaniards will only be allowed to leave their homes to buy food, get medicines, see a doctor, leave the house for an emergency or go to work.

Already Spain has the feel of a country that has closed for business, and the atmosphere is tense.

The crackdown started last week when schools closed, confining not just 15 million pupils to home but their parents, too.

Juggling work with child care has proved a difficult balance for some. 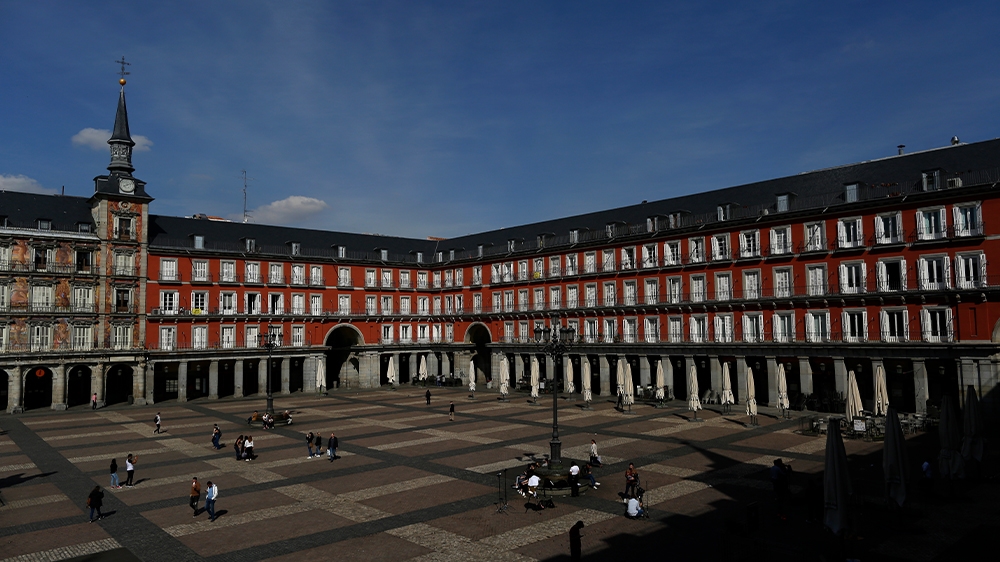 Begona Lopez, 37, a marketing executive from Barcelona, has a four-year-old son who is too young to understand why he is confined to his mother’s cramped flat.

“My son has a habit of touching everything, so I can hardly take him out. It is not safe. He is careering around the flat on his bike in his pyjamas. I am not sure how much I can take of this,” she told Al Jazeera.

The streets in many cities were empty on Saturday, with bars, restaurants, clubs and other businesses deserted. On many roads, there were few cars.

The government has ordered the population to work from home, or “teletrabajo” as it is called in Spanish. Public transport will continue to operate to ensure those in essential sectors such as health or transport can get to their place of work, but services will be reduced by 50 percent.

The skies above Spain are also emptying as many airlines have stopped flights there.

Jet2, a British airline, ordered flights bound for Spain on Saturday to turn round in midair and return to UK airports. Other airlines have offered changes of booked flights without the usual costs. Tourists stuck in Spain may be able to change their flights and return later, and other countries have advised their citizens not to go there.

Anyone spotted disobeying the state of emergency could face large fines, and the police and army will be deployed on the streets.

Supermarkets have reported panic buying and shortages on essential items of pasta, rice and toilet roll.

Health authorities in Madrid, where almost half of all cases have been diagnosed, said their resources are stretched. Private health companies are offering help and doctors were offering advice on social media.

For a country like Spain where life is lived outside in bars, restaurants or on the beaches, the lockdown will come as a shock. 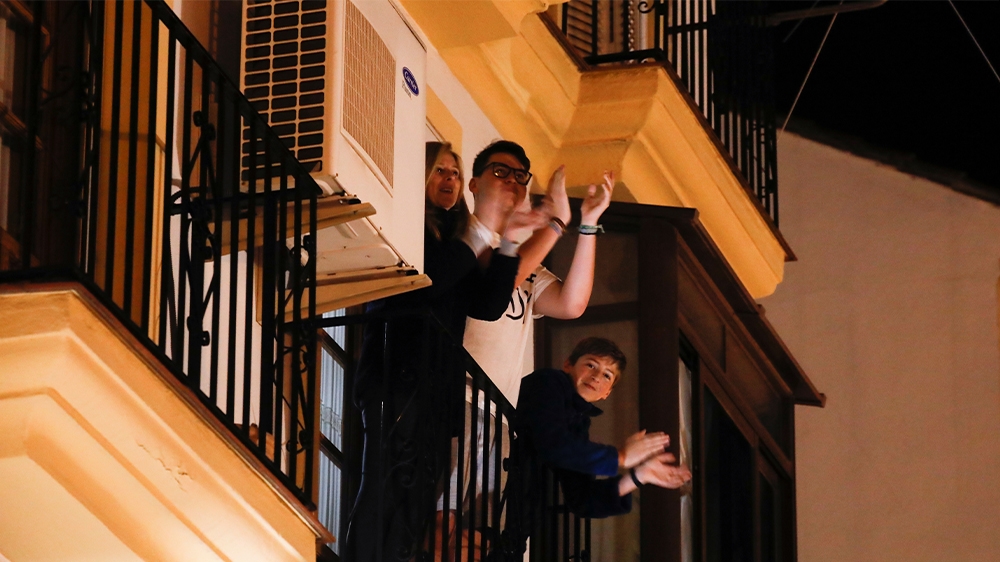 Antonio Valverde, owner of the El Pasa Doble restaurant in Madrid, said last week he made only 800 euros in one day whereas he usually he takes home 5,000 euros.

“If this carries on for much longer, I am ruined. I cannot sustain loses like this and neither can anyone else,” he told Al Jazeera.

The closure of restaurants, bars and hotels will put a strain on Spain’s tourism industry which accounts for 12 percent of GDP and 13 percent of employment.

Economists predict the Spanish economy, which had been expected to grow by 1.7 percent this year, will plunge into recession.

Spaniards were trying to lift their spirits by standing on the balconies of flats in Madrid and singing along to the wordless national anthem, mirroring similar events in Italy.

There are also plans to applaud the health workers tackling the virus on the front lines at 21:00 GMT each night.

Spanish Prime Minister Pedro Sanchez announced the lockdown after a marathon cabinet session, telling Spaniards: “We must all be united in fighting the coronavirus.”

Shortly afterwards, it was revealed that his wife, Begona Gomez, had been diagnosed with COVID-19.