Spain, which has second-highest number of cases in Europe after Italy, joins other countries in declaring emergency. 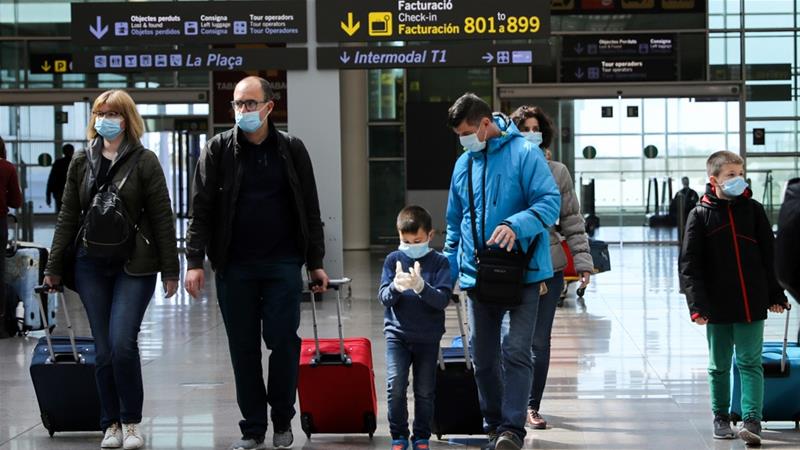 Spain will be in a state of emergency for the next 15 days to better combat the coronavirus, a dramatic increase to the policy response that will allow authorities to confine people and ration goods.

The state of emergency, which Prime Minister Pedro Sanchez announced on Friday and will formally be decided by a cabinet meeting on Saturday, will give the government power to take wide-ranging measures, including temporarily occupying factories or any other premises except private homes.

Spain has the second-highest number of coronavirus cases in Europe after Italy.

The current Spanish tally stands at 4,209, up by about 1,000 cases from Thursday and seven times as much as on Sunday. About 120 people have died.

“The government of Spain will protect all its citizens and will guarantee the right life conditions to slow the pandemic with as little inconvenience as possible,” Sanchez said.

“Unfortunately, we cannot rule out that over the next week we could reach more than 10,000 infections.”

He did not spell out what specific measures the government will take.

Schools have already shut down across the country, with many cinemas, theatres or playgrounds also closing and trials suspended in several regions as normal life came to a halt in the euro zone’s fourth-largest economy.

Sanchez said he was confident the country would defeat the virus, urging all citizens to do their part.

“Heroism is also washing your hands and staying home,” he said, referring to health advice to slow the propagation of the coronavirus.

Catalonia, Spain’s second-richest region, ordered on Friday the closure of shopping centres with the exception of those selling food or essential goods, as well as gyms and nightclubs, a senior official said.

The Madrid region – Spain’s wealthiest – has also decided to close restaurants, bars and shops from Saturday, media including Efe news agency said, with only supermarkets and pharmacies allowed to remain open.

On Friday, US President Donald Trump declared a national emergency to stem the infection as the death toll in his country rose to 41.