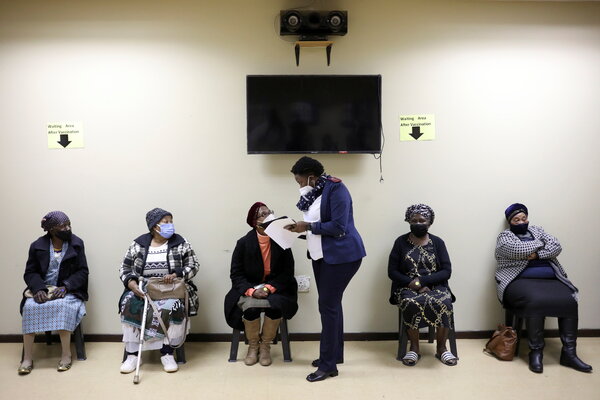 CAPE TOWN — Facing a resurgence of Covid-19 infections and plagued by delays with vaccine supply, South Africa began the second phase of its public vaccination campaign on Monday, opening appointments for people aged 60 or older.

Only about 500,000 people in the country have been vaccinated to date, and most doses have gone to health care workers in a trial involving the Johnson & Johnson vaccine. South Africa is aiming to open vaccinations for people aged 40 or older in July, followed by the rest of the adult population in November.

South Africa has obtained nearly a million doses of the Pfizer-BioNTech vaccine and anticipates receiving around 4.5 million doses by the end of June.

The country has also ordered 3 million doses of the Johnson & Johnson vaccine, but only plans to begin using these in the public rollout following a verification process by international regulatory agencies, including the U.S. Food and Drug Administration.

“It’s going to change my life,” said Zola Bisholo, who was hospitalized with Covid-19 in January, after receiving her first shot of the Pfizer vaccine at a government hospital in the Cape Town suburb of Brooklyn.

With more than 55,000 deaths and some 1.6 million confirmed cases, South Africa has been hit harder by the pandemic than any other nation in Africa. Its most recent wave of infections, in December and January, was driven by a more contagious variant of the coronavirus, known as B.1.351, that was first detected in South Africa.

The government has set a goal to vaccinate 5 million people by the end of June, South Africa’s health minister, Zweli Mkhize, said Sunday. Just over 4,000 people were scheduled to receive vaccines on Monday.

The expanded eligibility comes at a critical phase: South Africa is experiencing a sustained rise in cases, and officials have warned of a third wave in the coming weeks, as the southern hemisphere heads into winter.

The slow rollout has underscored global problems of vaccine inequality, especially in Africa, where fewer than 23 million vaccines have been administered, according to the Africa C.D.C. Even vaccines manufactured in South Africa have been disproportionately exported to wealthier nations.

But South Africa has also fallen behind many poorer African countries, including Zimbabwe, Angola and Ethiopia. The country’s vaccination efforts were dealt a severe blow in February, when officials suspended use of the AstraZeneca-Oxford vaccine after ordering more than one million doses, and again in April, following safety concerns surrounding the Johnson & Johnson vaccine.

“For now, we can go on and protect the most vulnerable,” said Dr. Keith Cloete, the head of the health department in the Western Cape province, where more than 11,000 people have died from Covid-19. 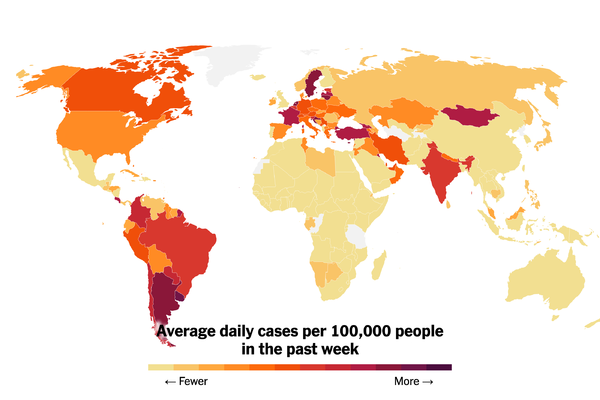 The virus has infected more than 163,088,400 people and has been detected in nearly every country.