MOSCOW (Reuters) – Constitutional changes allowing Vladimir Putin to run for president again in 2024 sailed through both houses of Russia’s parliament on Wednesday, raising the prospect he could clock up over three decades in the Kremlin. 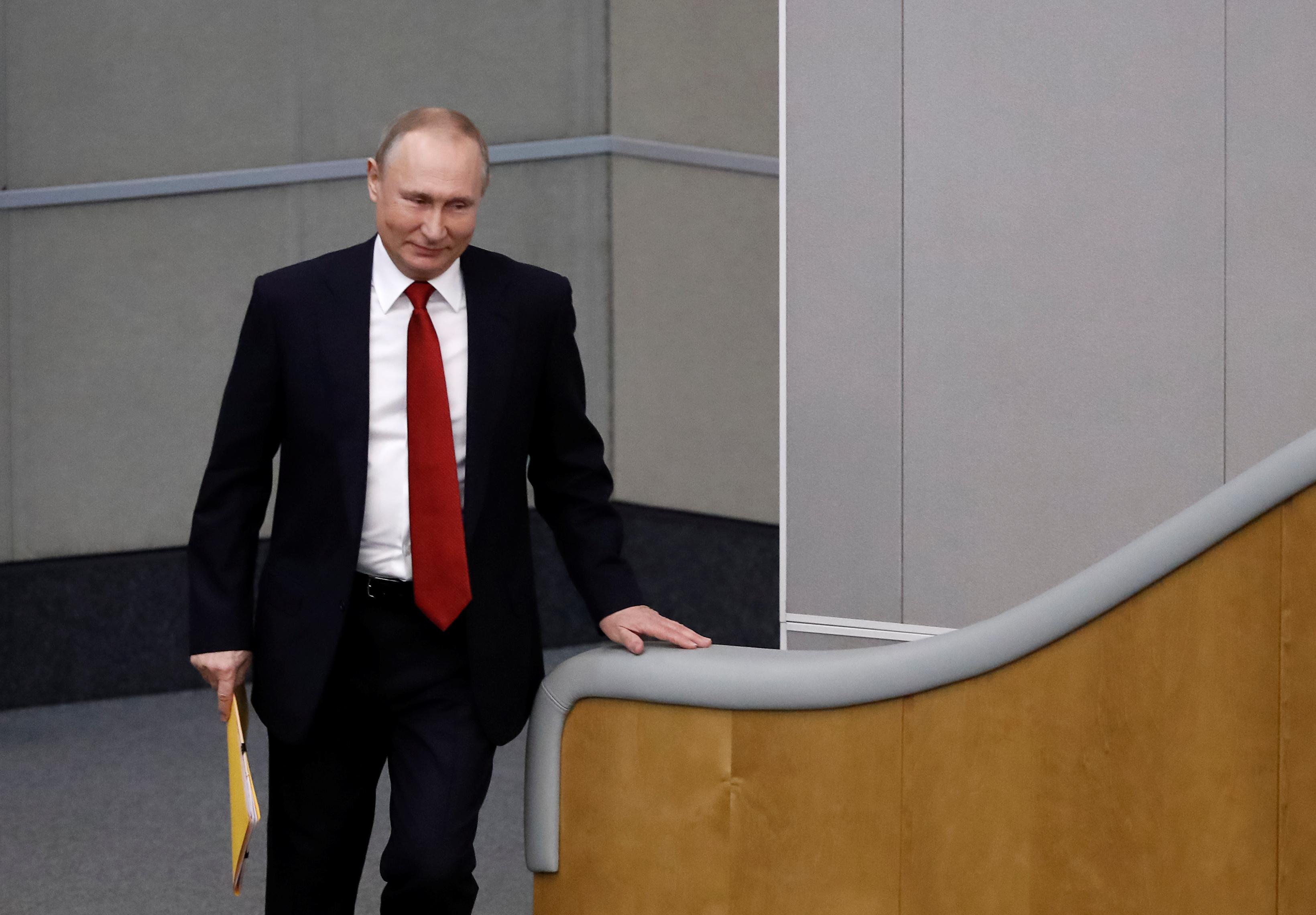 Putin, 67, who has dominated Russia’s political landscape for two decades as either president or prime minister, made a dramatic appearance in the lower chamber a day earlier to argue that term limits were less important in times of crisis.

A former KGB officer, Putin is currently required by the constitution to step down in 2024 when his second sequential and fourth presidential term ends. But the amendment which he backed would formally reset his own presidential term tally to zero. Successors would face a two-term limit however.

The 450-seat State Duma, the lower house of parliament, on Wednesday backed the term reset for Putin, along with other amendments to the constitution, by 383 votes, in a third and final reading. Nobody voted against; 43 lawmakers abstained.

Hours later, the 170-seat Federation Council, the upper house of parliament, gave its approval by 160 votes to one with just three abstentions.

If, as Putin critics expect, regional parliaments and the constitutional court now give their blessing and the overall changes are backed in a nationwide vote in April, Putin would have the option to run again for president in 2024.

Were he to do that, and his health and electoral fortunes allowed, he could potentially stay in office for another two back-to-back six-year terms until 2036 at which point he would be 83 and have spent 36 years at the top of Russian politics.

Such a scenario would see him wield power longer than Soviet leader Josef Stalin, but still leave him well short of Tsar Peter the Great, who reigned for 43 years.

Kremlin critic and opposition politician Alexei Navalny has said he believed Putin was trying to become president for life.

Putin has not spelled out his plans after 2024, but has said he does not favor the Soviet-era practice of leaders remaining in place until they die.

Opposition politician and former lawmaker Dmitry Gudkov said on Wednesday he thought the changes had dealt a mortal blow to the country’s constitution.

“Russia has lost its constitution, which didn’t work anyway,” Gudkov wrote on social media. “The fig leaf has fallen off the regime and we can see who turned out to be beneath it.”

Putin in January unveiled a major shake-up of Russian politics and a constitutional overhaul, which the Kremlin billed as a redistribution of power from the presidency to parliament.

But Putin’s critics say the reform was merely a smoke screen to give the country’s ruling elite a way to keep Putin in power after 2024.

Opposition activists have said they plan to organize protests as early as Friday. Their plans are complicated however by an order from Moscow’s government which has banned public gatherings of more than 5,000 people until April 10 due to coronavirus-related risks.

Putin remains popular with many Russians, who see him as a welcome source of stability, even as others complain that he has been in power for too long. Two people staged lone pickets outside the State Duma on Wednesday. One of them Gleb Tumanov, 31, said he was a member of the Yabloko party, and held a banner calling the move “an usurpation of power.”

“I’m here because of Vladimir Putin’s desire to stay for a fifth term or even maybe a sixth,” said Tumanov.