The 83-year-old is currently in isolation at his home near Milan, according to a statement issued by his staff.

It added that he would continue to contribute to the campaigns of candidates from his Forza Italia party at local elections scheduled for September.

Mr Berlusconi has served as PM in four governments, holding the role for a total of nine years before being forced out following his final stint in 2011.

It had been reported on 25 August that Italian businessman Flavio Briatore had met Mr Berlusconi before testing positive for COVID-19.

The politician said at the time that he had taken a test and been found not to have the virus.

In March, it was reported that he had separated from his long-term girlfriend Francesca Pascale and had begun a relationship with a woman 53 years his junior.

He is said to be dating 30-year-old Marta Antonia Fascina, an MP from his party.

A statement from his party said a “deep friendship” remained between him and Ms Pascale, 34 – who told La Repubblicca she was “astonished” by the announcement. 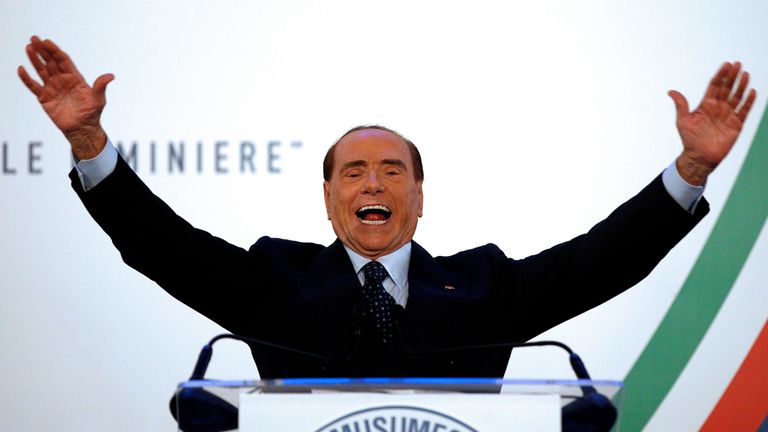 Mr Berlusconi is perhaps best known around the world for his infamous “bunga bunga” sex parties.

He went on trial in 2012 accused of paying for an underage prostitute at the gatherings and was initially convicted, but was later acquitted after it was ruled he could not have known the prostitute was underage.

While the Forza Italia party he leads is polling at around 7%, it is thought it could find itself in a powerful position if current prime minister Giuseppe Conte’s fragile coalition collapses.