Pep Guardiola has defended Manchester City striker Sergio Aguero after he was criticised for grabbing the shoulder of assistant referee Sian Massey-Ellis.

Aguero, who made his first appearance since June following a knee injury, disputed a throw-in call going against the team during the second half of Manchester City’s 1-0 win over Arsenal on Saturday.

Having argued his case with Massey-Ellis, he went on to put his arm around her shoulder as she began to walk away.

Questioned on the incident at the post-match press conference, Guardiola said: “Come on guys. Sergio is the nicest person I ever met in my life. Look for problems in other situations, not in this one.” 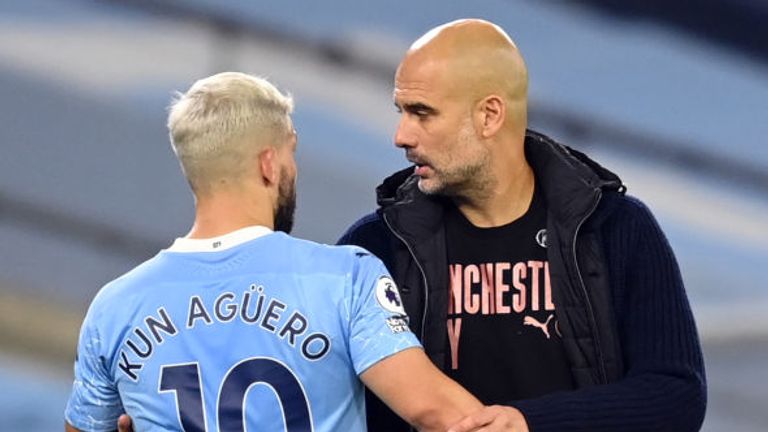 However, Aguero was criticised on social media, with his former team-mate Micah Richards telling Sky Sports that the striker should “know better”.

Rules introduced in 2016 mean players can be cautioned or sent off if they touch match officials, depending on the nature of the incident, but he did not receive any kind of punishment.

Aguero, who had a key role in setting up Raheem Sterling’s decisive 23rd-minute goal, was replaced only 65 minutes into making his comeback appearance.

Related posts:
Latest Posts
People Fear a Market Crash More Than They Have in Years
Coronavirus: Biggest quarterly leap for sales on record, official figures
In Advance of U.S. Election, Retailers and Cities Practice Preparedness
‘Goliath’ 85 tonne giant air bridge to be erected over Hobson St tomorrow
Infratil bidding $700m for radiology chain
Recent Posts
This website uses cookies to improve your user experience and to provide you with advertisements that are relevant to your interests. By continuing to browse the site you are agreeing to our use of cookies.Ok