BELGRADE (Reuters) – Serbia sent four planes carrying medical equipment including gloves, masks and protective suits to Italy on Saturday as a donation to help the EU member state tackle the spread of coronavirus. 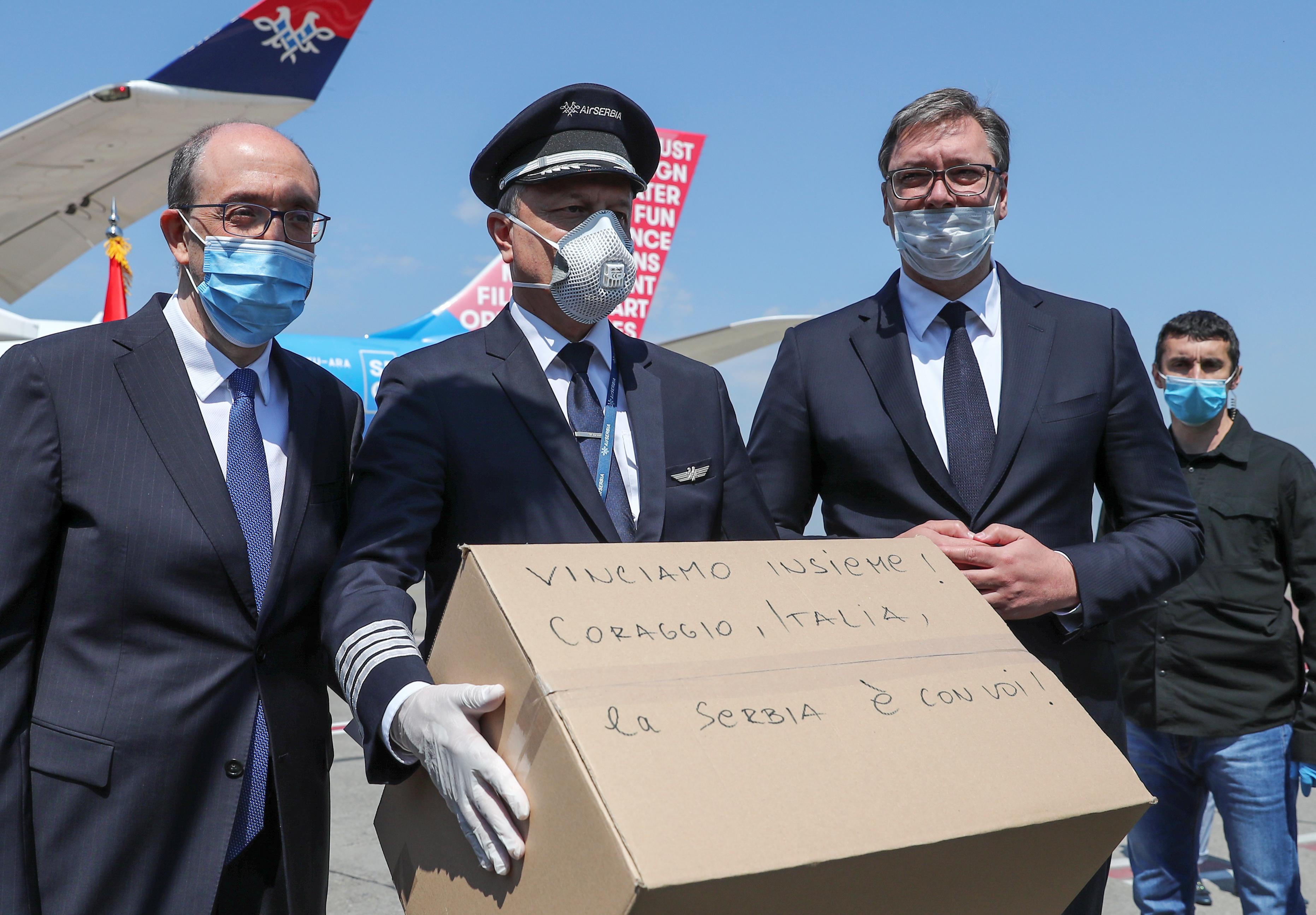 Another four equipment-laden planes will be sent in the next two days, also donated by the Serbian government, President Aleksandar Vucic said.

“We will win together, be brave Italy, Serbia is with you,” Vucic wrote on one of the boxes of equipment before it was loaded on to a plane.

“On its path to Europe, Serbia always had help from Italy,” Vucic said, noting that during devastating floods in 2014, Italy was one of the first countries to send aid.

“This is our opportunity to say thank you.”

Serbia so far reported 7,483 cases of people infected with the coronavirus and 144 deaths.

The Balkan country has been cultivating strong ties with China and has received help from Beijing, which sent six doctors to help their Serbian colleagues during the pandemic.

Vucic had at the beginning of the crisis criticised the European Union for introducing a ban on the export of masks to non-EU countries, including Serbia.

Recently EU officials, including its foreign policy chief Josep Borrell, have criticised Vucic for praising only China for help.

“I have never seen billboards thanking the European Union,” Borrell told members of the European Parliament in Brussels this week, referring to billboards in Belgrade featuring a picture of Chinese President Xi Jinping thanking China for its help during the coronavirus crisis.