Experts say government needs to reassure people that hospitals remain open for patients with other conditions. 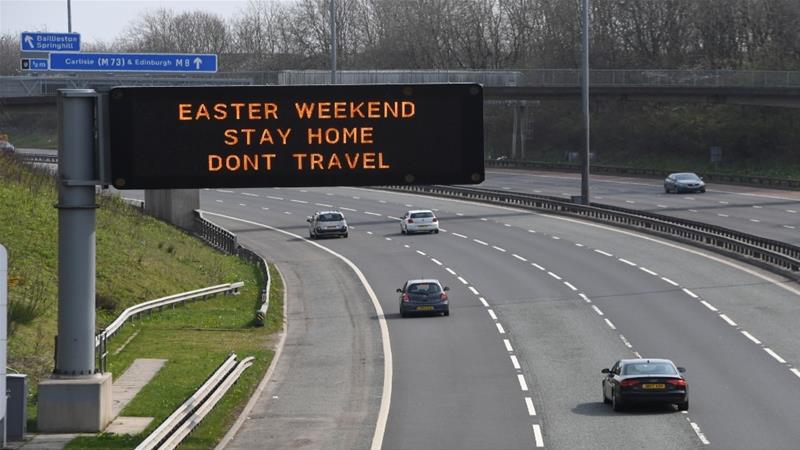 Glasgow, Scotland – Non-coronavirus deaths in Scotland have risen since the pandemic took hold, amid warnings of “eerily quiet” hospital departments as vulnerable people miss out on medical care.

Scottish deaths in late March and early April were 60 percent higher than the five-year average – with less than half of the increase attributed to COVID-19.

Data from the National Records of Scotland show that 1,741 deaths were recorded between March 30 and April 5, 643 more than the average for the same period over the past five years.

Of these, 282 were linked to coronavirus, leaving an unexplained surplus of 361.

“When I have conversations with clinicians across the country … the one thing that keeps on coming back to me is that the system feels eerily quiet in relation to people presenting with illness which isn’t COVID-19.

“That, as a clinician, is immediately disconcerting. That illness hasn’t gone away somewhere, it exists, and people are perhaps making a choice not to present just now.”

“We’ve got to be very clear that there are huge risks for people to hold on to symptoms like that.”

It was too early to trace the rise to any one factor, said Scotland’s First Minister Nicola Sturgeon, but experts claimed it was likely linked to the NHS’s reallocation of resources amid the pandemic.

“It’s very clear to me that there have been decisions made across the country to stop things which are not related to current treatment,” said Linda Bauld, a professor of public health at Edinburgh University.

“That’s going to have an impact – including with cancer – on mortality if something goes wrong,” she told Al Jazeera.

Last week, Bauld was approached by an oncologist who was having to reduce the number of cancer patients he was admitting to hospital, including those at terminal stage.

“I’m calling patients to discuss stopping treatment [which has] limited benefits. These are not easy discussions,” said the oncologist, who wished to remain anonymous.

Vulnerable people are choosing to forgo necessary appointments, out of fear of burdening the health service or concerns they might contract the virus themselves.

Glasgow-based Fiona McIntyre, who is five months pregnant, has opted to miss her routine checkups.

“I know that maternity staff would do all they can to lower my risk of catching coronavirus, but getting a scan takes you into a healthcare setting where you’ll be in close contact with other people for an extended period.

“Ultimately it’s a very personal thing, but for me it’s just not worth the risk,” she said.

Such decisions are understandable, but experts said it was important that people know the NHS remains open.

“The risk of developing other serious or life-threatening conditions remains unchanged and people must be fully confident that they can and should seek medical assistance if they are worried about themselves or a relative,” said the Academy of Medical Royal Colleges in a statement.

This message is being shared by government, but Bauld said ministers need to push it more forcefully.

“There is a lot more nuanced communication that needs to go on, and I think that they didn’t intend to discourage people from using the health service,” she said.

“But I think it’s been very confused and the message of ‘still use the NHS, it’s there for you if you need it for other things’, has been lost.”