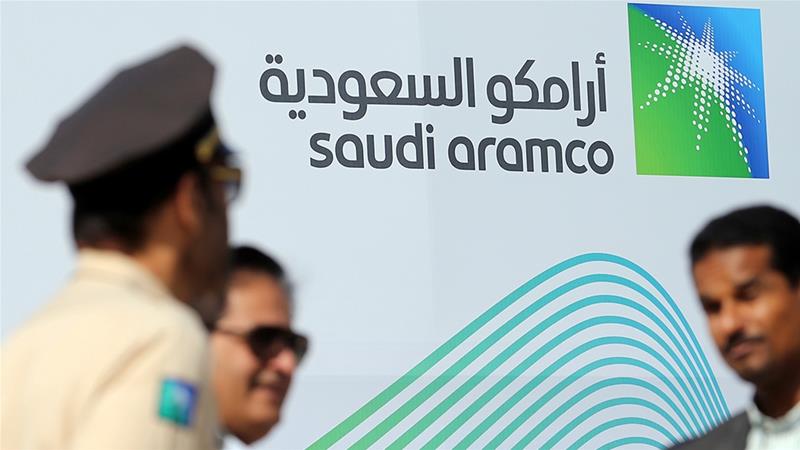 Oil giant Saudi Aramco has come under fire after photos showing one of its migrant workers wearing a surgical mask and a large hand-sanitiser dispenser went viral on social media.

Twitter users described the images posted on Tuesday as “racist” and “classist” as the worker appeared to be walking around distributing sanitiser to staff members inside and outside one of its buildings.

One Twitter user, commenting on the images, said: “Gulf classism. A gift from Aramco”.

Translation: “Apologising is not enough, the person behind the idea needs to be punished, and the worker needs to be compensated financially and emotionally … people’s feelings are not a toy.”

In December 2019, Aramco’s record initial public offering gave it a price tag of $1.7 trillion, making it the world’s most valuable company.

But its shares have fallen more than 11 percent since the start of the year amid concerns the new coronavirus outbreak will slow oil demand from China and hurt the global economy.

The coronavirus outbreak has continued to spread across at least 100 countries. According to the World Health Organization, more than 118,000 cases of the virus have been confirmed globally, and more than 4,200 deaths have been recorded.