Russian President Vladimir Putin has ordered a partial mobilisation, meaning extra troops will be called in to fight the war in Ukraine. The recruitment drive applies to 300,000 military reservists, but this has been met with protest across Russia. Estimates say well over 1,000 people have been arrested by police in the last two days as people take to the streets to protest against the invasion.

While the Russian military is looking to boost its numbers, it claims it has only lost 6,000 soldiers since the invasion began in February. Russia rarely reveals these statistics, and experts believe this number is much lower than the true figure. So how many casualties has Russia suffered.

Because of the Kremlin’s secrecy, it is difficult to produce a precise number. The Ukrainian military has claimed that between 45,000 and 55,000 Russian military personnel have been killed.

Ukrainian President Volodymyr Zelensky used this number as he warned that Russia is still not preparing to stand down. He said in August: “If almost 43,000 dead Russian soldiers do not convince the Russian leadership that they need to find a way out of the war, then more fighting is needed, more results are needed to convince.” 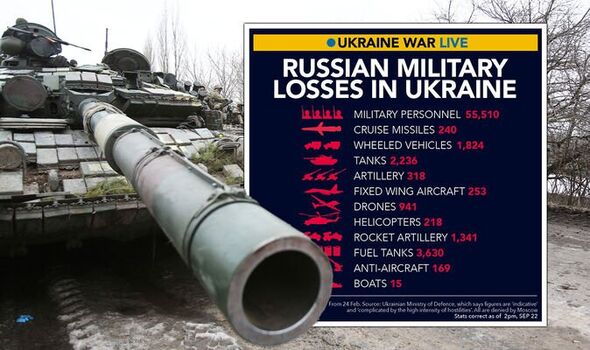 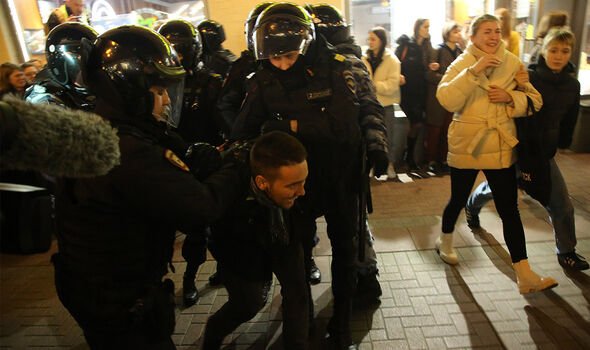 The US estimates Russian losses are even higher, however. In August, the Pentagon estimated that Moscow’s forces could have lost as many as 80,000.

Colin Kahl, Defense Department under-secretary for policy, told reporters at the time: “The Russians are taking a tremendous number of casualties.

“There’s a lot of fog in war but I think it’s safe to suggest that the Russians have probably taken 70 or 80,000 casualties in the less than six months. Now, that is a combination of killed in action and wounded in action and that number might be a little lower, a little higher, but I think that’s kind of in the ballpark.”

As for Ukrainian deaths, the country’s top military figure, General Valeriy Zaluzhny, said around 9,000 Ukrainian military personnel had been killed. But as Russia’s figures are treated with scepticism, some believe Ukraine could be deflating their death toll. 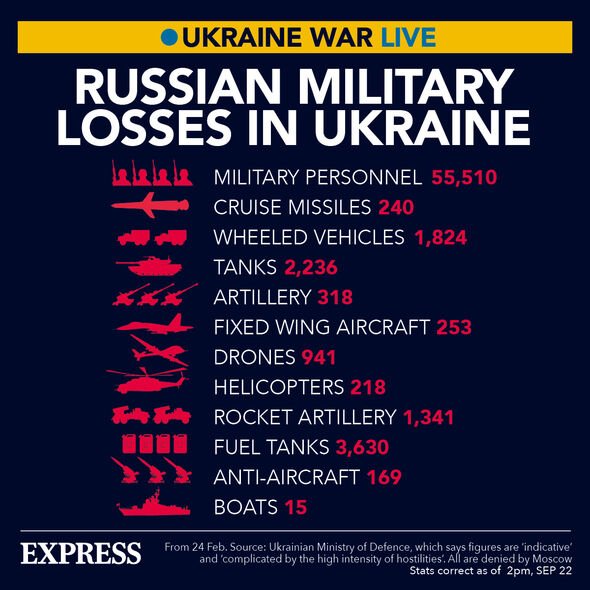 It isn’t just men that Russia is losing. Kyiv’s statistics also claim that over 2,000 tanks, over 250 aircraft, and 15 ships have been destroyed.

Russia’s invasion of Ukraine hasn’t gone as many anticipated at the start of the conflict. The Kremlin was hoping to take control of the capital Kyiv and other major cities in a matter of days.

While around 20 percent of Ukrainian territory is now occupied, Ukraine’s counteroffensive has made good progress. Last week, Putin’s soldiers were driven out of areas surrounding Kharkiv. 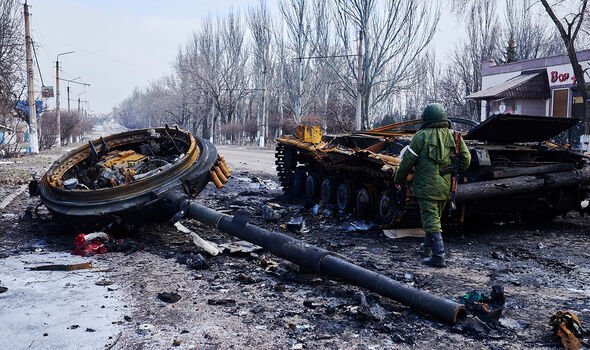 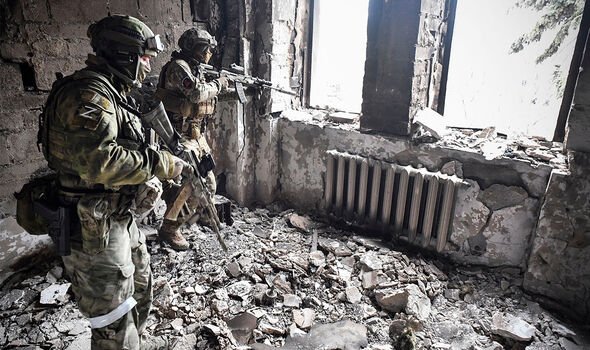 As Putin tried to recruit more troops, the Kremlin has been forced to deny that Russians are fleeing the country to avoid being conscripted.

Czech foreign minister Jan Lipavský, said on Thursday: “I understand that Russians are fleeing from the increasingly desperate decisions taken by Putin. But those who are running away from their country because they do not want to fulfil a duty imposed by their own state do not meet the criteria for receiving humanitarian visas.”

It appears many are fleeing though. Traffic at the country’s border with Finland and Georgia has surged and prices for one-way flights out of Moscow to the nearest foreign locations have risen. Money flights are now sold out for the next few days.