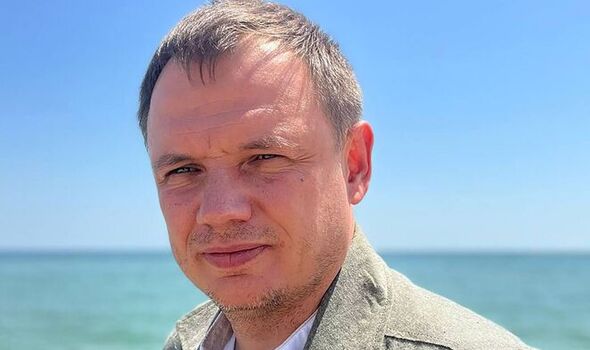 A pro-Putin “deputy head” of the Kherson region has been killed in a car crash.

The regional governor’s press service confirmed that Kirill Stremousov, 45, died in the accident.

Telegram channels supporting Putin’s regime have reported that the crash happened near Henichensk in Kherson, his personal driver told the @wargonzo project.

Ukrainian and Russian forces clashed overnight over Snihurivka, a town about 50 kilometers (30 miles) north of the southern city of Kherson. Ukraine’s army hopes to reclaim the Russian-occipied city, the only regional capital captured during Moscow’s February 24 invasion and a key target of an ongoing counteroffensive.

Stremousov’s death comes just hours after he made a statement on a pro-Russian Telegram channel that the Ukrainian army had “gained a foothold” along a railway line in Snihurivka’s north. In a separate post, he claimed Russian forces had repulsed the Ukrainian advance.

He said: ‘Many have left. About 80,000 people were evacuated. We help everyone who wants to leave Kherson. I am now in Kherson myself.”

The Kherson region is one of four provinces of Ukraine that Russian President Vladimir Putin illegally annexed and subsequently placed under Russian martial law. The Russian military has concentrated much of its firepower on securing control of the others – Luhansk, Donetsk and Zaporizhzhia.

Earlier this week, Ukrainian President Volodymyr Zelenskyy reiterated that the return of all occupied territory was a condition for any peace talks with Russia. The Kremlin is unlikely to give up its internationally unrecognized claim to the regions annexed in September or to Crimea, which Russia seized from Ukraine in 2014.