'Trump is trying to convince us to support him' says Skabeeva

Kremlin mouthpiece Olga Skabeeva has reacted to Donald Trump’s rally on the weekend in which the former president slammed the Joe Biden White House. Skabeeva reacted with glee at Mr Trump’s insistence that President Biden is the “worst US leader in history” and went as far as to suggest the US state of Alaska, where the Trump rally was held, appeared to be “drifting” closer to Russia.

Skabeeva told Russia1: “Alaska, it seems, is drifting in the direction of the official Moscow, but it’s not for sure.

“Former president of the US held a rally in Alaska, Trump said that America is humiliated in front of the entire world and has never been in such a horrible state.

“Trump said that Biden is the worst president in the history of the country and that he, Trump, would never have allowed the conflict in Ukraine and that Washington should be dealing with its internal problems, instead of teaching others how to live.

“Trump is trying to convince us to support him again.”

JUST IN: Putin under ‘pressure’ as ‘poor health’ forces him to accelerate war 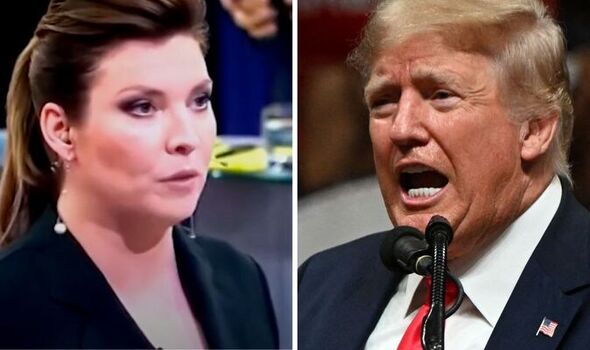 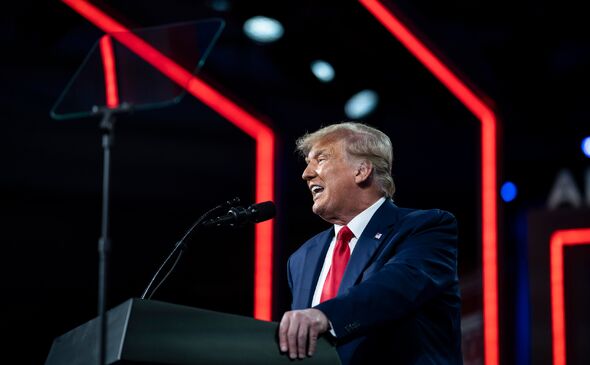 During his rally in Anchorage, Alaska on Saturday night, Mr Trump branded President Biden the “worst.”

“You could take the five worst presidents in American history and put them all together and mix them all up and they would not have done the incredible damage that Joe Biden has done to our country in less than two short years,” Mr Trump told supporters.

“The contrast between the Trump administration’s amazing success and Joe Biden’s breathtaking failure could not be more stark,” he added.

Russian tanks destroyed in Ukraine are driven through Prague

The former president said at the rally that Musk was not going to buy Twitter Inc and that the Tesla Inc chief executive had got himself a mess.

“[Musk] said the other day, I’ve never voted for a Republican. I said I didn’t know that; he told me he voted for me.

“He’s another bull***t artist, but he is not going to be buying it (Twitter),” Trump said.

Last month, Musk said at the Qatar Economic Forum that he had not decided whom he would support in the next presidential election, a week after saying on Twitter that he was leaning towards supporting Florida governor Ron DeSantis for president in 2024. 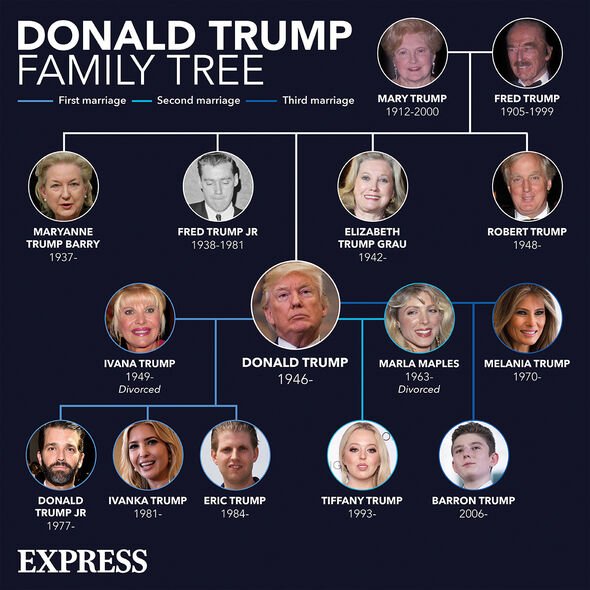 On Monday, Musk added that if DeSantis ran against Biden in 2024, “then DeSantis will easily win” and that “Trump would be 82 at end of term, which is too old to be chief executive of anything, let alone the United States of America.”

Musk added it was time for Mr Trump to “hang up his hat and sail into the sunset.

Writing on Twitter, Musk said, “I don’t hate the man, but it’s time for Trump to hang up his hat & sail into the sunset.”

“Dems should also call off the attack, don’t make it so that Trump’s only way to survive is to regain the Presidency,” he added without explanation.