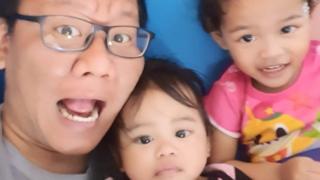 A quiz contestant who missed out on a huge cash prize – because judges claimed he mispronounced “Tony Hadley” – has been awarded the money after a u-turn by the radio station.

But the radio station remained adamant Mr Shalehan was wrong – until now.

On Friday, Gold 905 said they were “deeply sorry” and awarded the money.

“Since Tony Hadley has said that Mr Shalehan said his name correctly, who are we to disagree?” the station said on Facebook.

Mr Shalehan – a father of three, with a new baby due in August – told the BBC he was “so shocked” but “so happy”.

“I couldn’t have done it without the help of Mr Tony Hadley,” he said.

What was the quiz controversy?

Players had to identify 14 celebrities, each saying one word of the phrase: “Gold 9-0-5, the station that sounds good, and makes you feel good.”

It was hard to identify even one celebrity – let alone 14. But, by listening to other people’s answers, listeners could – over a number of weeks – piece the puzzle together.

Mr Shalehan called hundreds of times, and made it through to air twice – but did not get the answer correct.

When Mr Shalehan questioned the decision, the station said he had mispronounced Tony Hadley on 21 April (see clip further down).

How did Tony Hadley get involved? 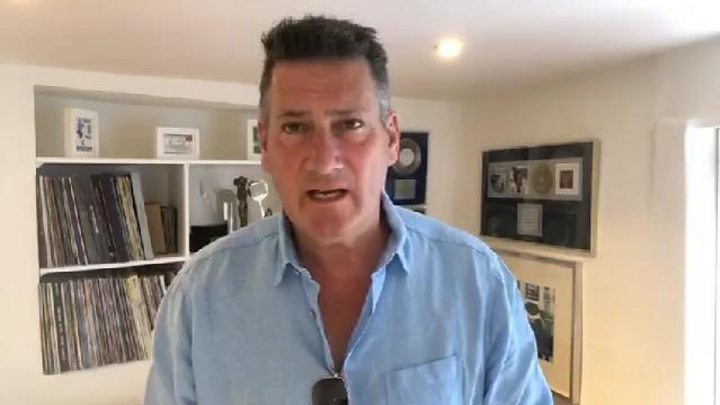 After his complaints fell on deaf ears, Mr Shalehan found Tony Hadley’s manager online and sent him an email.

To Mr Shalehan’s amazement, the Spandau Ballet singer replied with a video, endorsing the pronunciation.

“You might have had a slight accent, but as far as I’m concerned, you said my name correctly,” Mr Hadley said.

Mr Shalehan sent the video to the radio station, but they were unmoved.

When the BBC contacted the radio station for Thursday’s story, they offered Mr Shalehan $5,000, but still insisted his pronunciation was wrong.

When announcing the “goodwill gesture”, the station posted a clip of Mr Shalehan’s pronunciation, alongside Tony Hadley’s version, and the winning entry.

Thank you for your enthusiastic support and…

Despite having loans to repay, and a growing family, Mr Shalehan – a railway worker – was unsure whether to accept the $5,000.

“I’m not after the money,” he said. “I’m after the fairness, the equality, the justice of the game.”

What did the radio station say on Friday?

The story was originally covered in early May by Singapore site Hype and Stuff, but gathered momentum after Mr Hadley’s intervention.

By Friday morning, the station had reversed their decision.

“Thank you for all your feedback and posts,” they said. “We have reached out to Mr Shalehan again to convey that we are deeply sorry.”

How did Mr Shalehan react?

The 32-year-old told the BBC he was sleeping on Friday morning when his wife noticed an email from the radio station.

“I was so shocked,” he said. “I feel honestly happy that justice has been served.”

It was Mr Shalehan’s father-in-law, a taxi driver, who originally persuaded him to follow the quiz.

“When my wife told him the news, he was literally shouting with happiness,” he said. “We didn’t even need speaker phone, we could hear him.”

Mr Shalehan has accepted the station’s offer and apology, and is grateful to the English pop star on the other side of the world who made it happen.

“My message to Mr Tony Hadley is a big, big, big thank you. His video was a great, great game-changer.”

Other stories from Singapore