Infections spike by more than 200 in the tiny Gulf state as officials warn cases likely to increase. 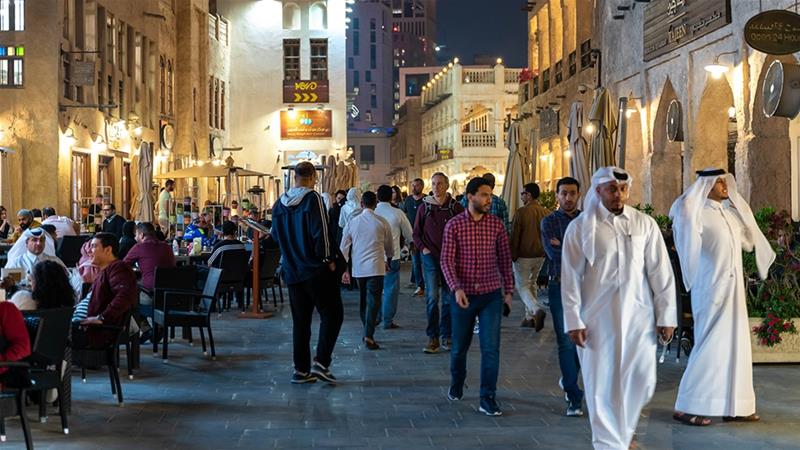 Qatar announced 238 new confirmed cases of coronavirus on Wednesday saying the number of infections was likely to rise.

The number of coronavirus infections in the energy-rich Gulf state is now 262 so far.

The health ministry said the new cases had been found in quarantine and not mixing among the public.

On Sunday, Qatar announced three coronavirus victims who had “shared accommodation”. Wednesday’s major spike in cases was related to those three expatriate workers.

The ministry added the number of people infected “is likely to increase among contacts of previously announced patients”.

It said “community members to be reassured that all declared cases enjoy a very good health condition and receive medical care at the Center for Transitional Diseases”.

Qatar has not reported any fatalities but closed universities and schools, cancelled many public events, including the MotoGP, and banned travellers from 14 countries entering the country.

Many of the initial cases diagnosed in Qatar – one of the richest nations in the world with a population of about three million – were from a group of citizens and their foreign staff repatriated to the Gulf country from Iran.

Iran on Wednesday reported 63 new deaths from the novel coronavirus, the highest single-day toll in the three weeks since the Islamic Republic announced the first deaths from the outbreak.

Qatar Airways, the country’s national carrier, had already suspended flights to and from Italy, one of the hardest-hit countries.

“We have, therefore, made the assessment that COVID-19 can be characterised as a pandemic,” he said at a briefing in Geneva, Switzerland.

“All countries can still change the course of this pandemic – if countries detect, test, treat, isolate, trace and mobilise their people in the response,” Tedros said.