Major John Spencer has claimed Putin is “absolutely losing the support” of China because they do not “want a friend who is as weak as Russia”. Following a series of counter-offensives from Ukraine that have led to the liberation of dozens of towns in the eastern and southern regions, as well as a barrage of Western sanctions on Russia, Major Spencer said that the benefit to China of a Sino-Russian relationship is dwindling. He added that Putin has quickly become an “irrational actor” on the geopolitical stage as he continues this war “in the face of so many defeats at every level”.

Major Spencer said: “Neither China nor India wants this war to escalate, and none of them has come out and said they agree with [the annexation]. They are basically not saying anything.

“So, I would not say that [Putin] has support but I think if he had support, he is actually absolutely losing that support.

“If anything, if you believe in China’s interest in being powerful, they do not want a friend who is as weak as Russia.

“Putin is almost becoming an irrational actor in just continuing this war in the face of so many defeats at every level. 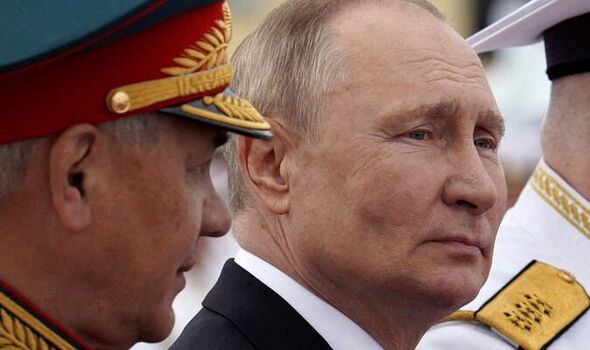 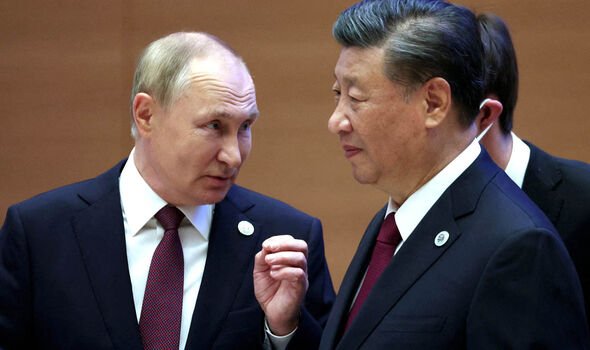 “I think the biggest counter to the risk is the deterrence, the messaging from all nations of the world saying ‘Nobody wins a nuclear war. Do not do it.

“‘If you do it, there will be catastrophic consequences. And that is not from Ukraine to Russia. That is from the West to Russia.’

“I mean the messages to me are very clear. If Putin decides to use a weapon of mass destruction, nuclear, biological or chemical, it will end the Putin regime and end the war as we know it today.

“It will start something different that nobody wants.” 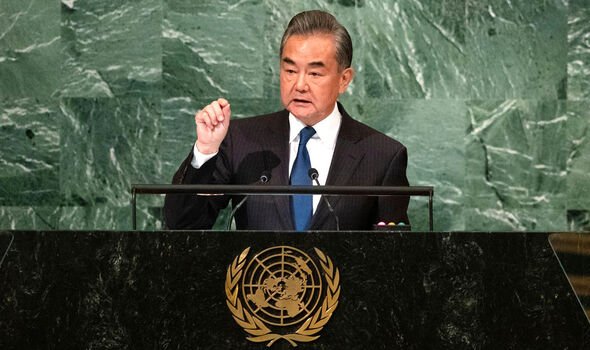 Just days before the invasion of Ukraine on February 24, China vowed an “unbreakable” bond with President Vladimir Putin, but recent behaviours suggest that such a pledge may have been disingenuous.

Following the UN General Assembly towards the end of last month, in which Russian foreign minister Sergei Lavrov decried the “grotesque” campaign of the West against Russia, China declined to stand behind their supposed partners.

Instead, China’s foreign minister, Wang Yi, called on Russia and Ukraine to “keep the crisis from spilling over” and affecting third-party, developing countries.

He said: “China supports all efforts conducive to the peaceful resolution of the Ukraine crisis. The pressing priority is to facilitate talks for peace. 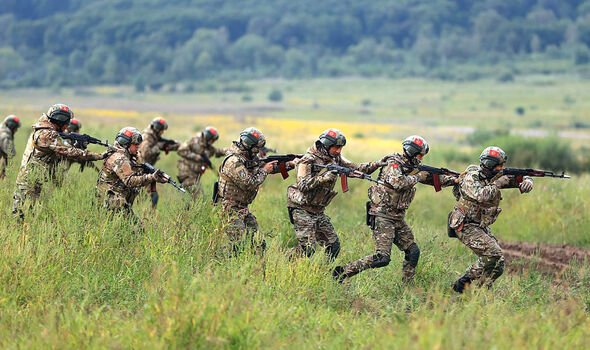 “The fundamental solution is to address the legitimate security concerns of all parties and build a balanced, effective and sustainable security architecture.”

And earlier in September, Putin was forced to acknowledge that China had some “concerns” about the “special military operation” in Ukraine after Russia was forced to retreat.

Ultimately, while China seeks to grow its global presence and challenge the West – and to that effect a Sino-Russian alliance is useful- they still have significant economic interest in the US and other areas, and thus are not willing to assume any risk, financial or otherwise, over a dying horse in Russia.

China’s State Administration of Foreign Exchange reports that, as of July 2022, for example, China holds $3.1 trillion of foreign-currency reserves, the largest such holding in the world. Experts believe this interest prevents China from supporting Russia insofar as it could upset the West and lead to sanctions.