KABUL (Reuters) – After a day of political chaos that left many in Afghanistan stunned, some citizens took to social media to vent their frustration and to highlight the absurd elements of their country’s political predicament. 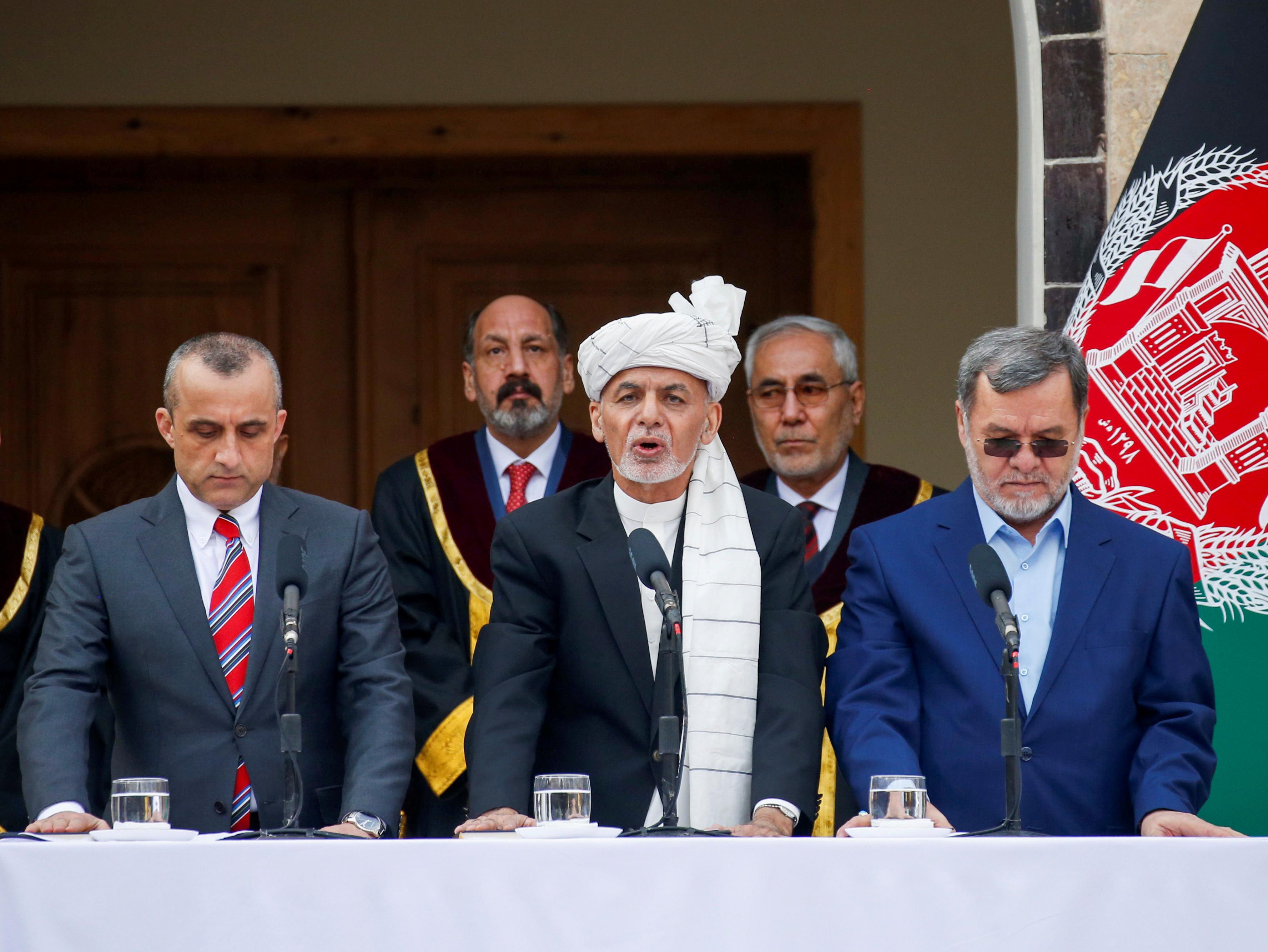 Afghan President Ashraf Ghani was sworn in for a second term on Monday, but the ceremony was marred by a rocket attack and his rival Abdullah Abdullah held his own inauguration ceremony after guests waited all morning for last-ditch negotiations between the two that ended in a deadlock.

Both men say they are Afghanistan’s rightful leader after a disputed election last September. The standoff threatens political chaos days after Washington and the Taliban signed a deal on the withdrawal of U.S.-led international forces.

Afghanistan’s youth representative at the United Nations likened the situation to the fantasy TV drama ‘Game of Thrones’, others said it reminded them of childhood scraps and make-believe games. Journalists wondered how they would refer to the two men, particularly ‘self-inaugurated’ Abdullah.

The residents of Police District 8, a residential area in Kabul, marked the occasion by staging a mock inauguration ceremony for ‘president’ of their suburb and posting the video on Facebook and Youtube.

A resident playing the part of president swore a mock oath: “I swear… that I will bring Afghanistan into crisis. I swear… that I am trampling over 35 million people.”

“Breaking… breakthrough in negotiations between Abdullah, Ghani and Taliban. It’s a three-way split now with each leader presiding over 8 hours per day. — Torsan will be President during lunch break.”

Mohammad Hakim Torsan, a candidate who won less than 1% of the votes, said on Monday he was “president of the people’s heart”.

Mirroring a moment in which Ghani responded to the sound of rockets landing on the edge of his compound on Monday by pulling off his jacket to show he was not wearing a bulletproof vest while yelling he was not afraid, people around the country posted photos of themselves in the same pose.

Washington-based Afghan journalist Shaista Sadat Lameh tweeted a photo of her two young sons, chests puffed out with their coats held open: “My Hewad and Maihan also have not put on body-armor.”

On a graver note, however, both Abdullah and Ghani’s Twitter accounts on Tuesday read: “President of the Islamic Republic of Afghanistan”.