The pontiff, 85, denied he plans to retire, but said the “door has been open” since his predecessor Benedict XVI became the first pope to resign in 600 years, stepping down in 2013. Pope Francis said he would not live in the Vatican or return to his native country during an interview with broadcaster TelevisaUnivision.

He said he would “perhaps” live in Rome’s Basilica of St John Lateran which is the traditional seat of the city’s bishops.

Pope Francis added: “I am the bishop of Rome, in this case the Bishop Emeritus of Rome.”

Rumours have been circulating that a combination of events in August, including discussions around a new Vatican constitution, a ceremony to induct new cardinals and a visit to the Italian city of L’Aquila, could signal a resignation announcement.

L’Aquila is associated with Pope Celestine V, who resigned the papacy in 1294. Pope Benedict XVI visited the city four years before his resignation. 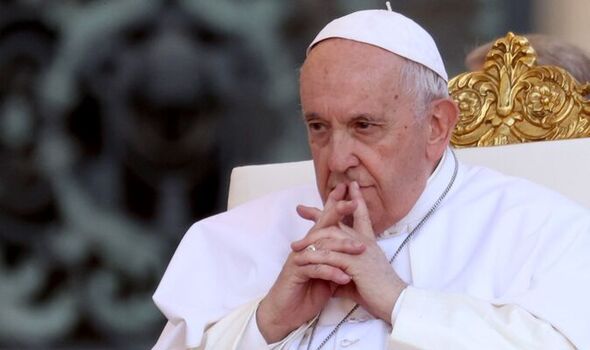 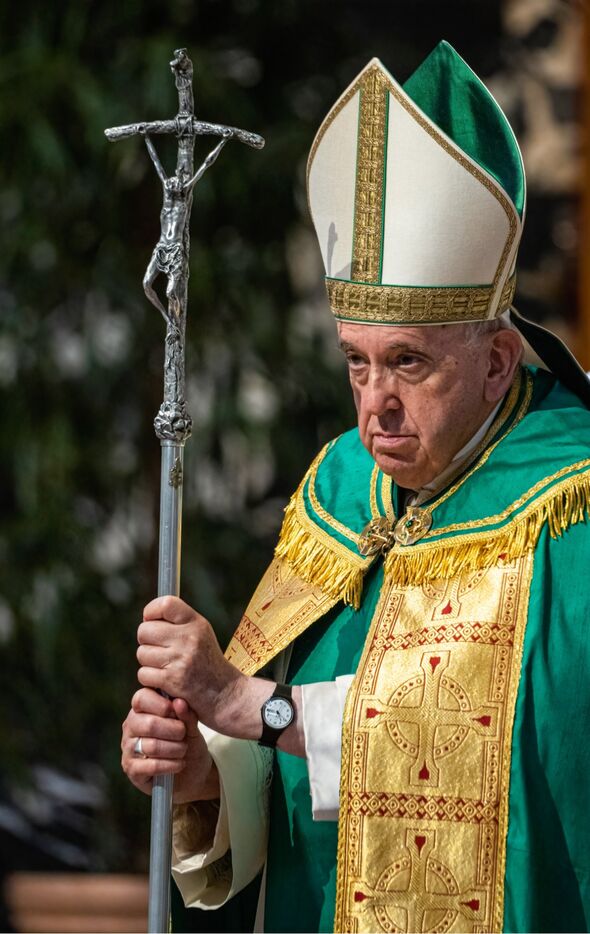 The Pope was also forced to cancel a trip to the Democratic Republic of Congo and South Sudan to continue with therapy and rest for his right knee.

However, Pope Francis laughed off the rumours earlier this month, saying: “All of these coincidences made some think that the same ‘liturgy’ would happen.

Pope Francis told TelevisaUnivision he had been planning to retire before he was elected in 2013. 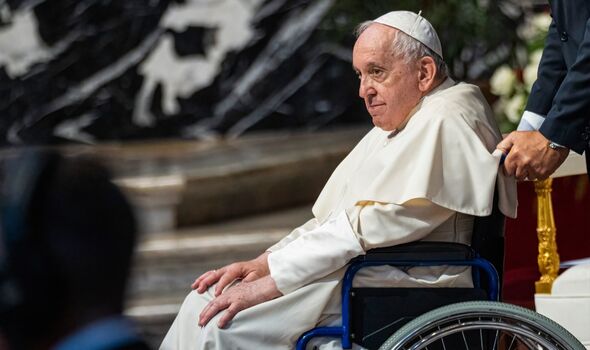 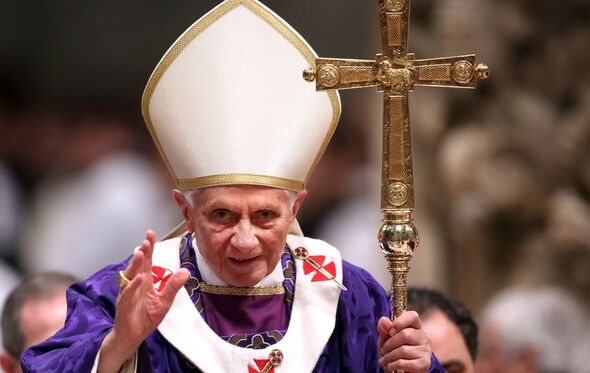 He said he had arranged a flat in Buenos Aires where he would continue to hear confessions at a nearby church and visit the sick in hospital.

The pope said: “This is what I thought for Buenos Aires. I think this scenario if I survive until a resignation – it is possible I will die before – I would like something similar.”

Benedict XVI took the title Pope Emeritus when he retired, citing a lack of physical and mental strength.

According to reports, some cardinals and canon lawyers have since questioned Benedict’s continuing to wear the pontiff’s white cassock and retaining his papal name rather than reverting to his given name, Joseph Ratzinger. 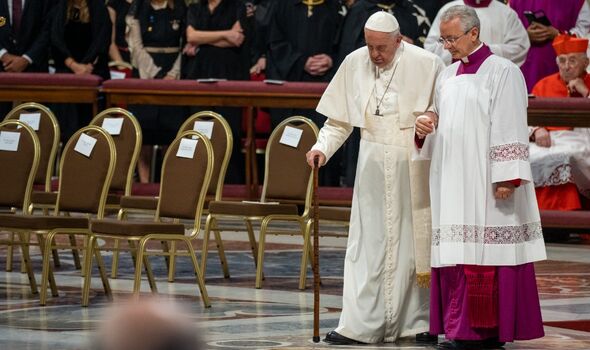 Pope Francis said of Benedict XVI’s resignation: “The first experience went quite well because he is a holy and discreet man, and he handled it well.

“But in the future, things should be more clear.”

“I think for taking the first step after so many centuries, he gets 10 points. It’s a marvel.”

On whether Catholic politicians who support abortion rights should continue to receive the sacraments, Francis said it was a matter of conscience they ought to resolve for themselves. 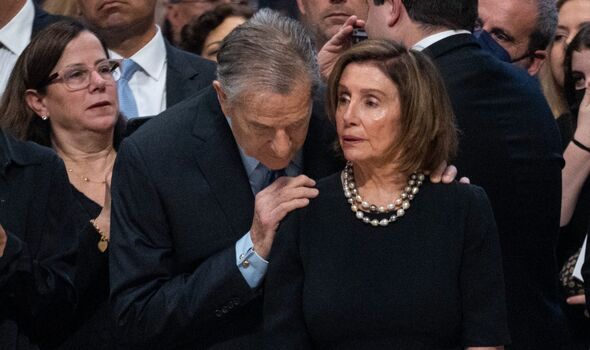 He said: “When a pastor loses the pastoral dimension, he creates a political problem.”

Pope Francis was referring to the debate in the United States over President Joe Biden and House Speaker Nancy Pelosi, who are both Catholics supporting abortion rights.

Bishops in the US considered reprimanding Mr Biden for supporting abortion rights, but backed away from a formal rebuke.

However, she recently received Communion during a papal mass in St Peter’s Basilica at the Vatican.

Asked what the Catholic politicians should do, Francis said: “I leave it to their conscience and let them talk to their bishop, their pastor, their parish priest, about this inconsistency.”