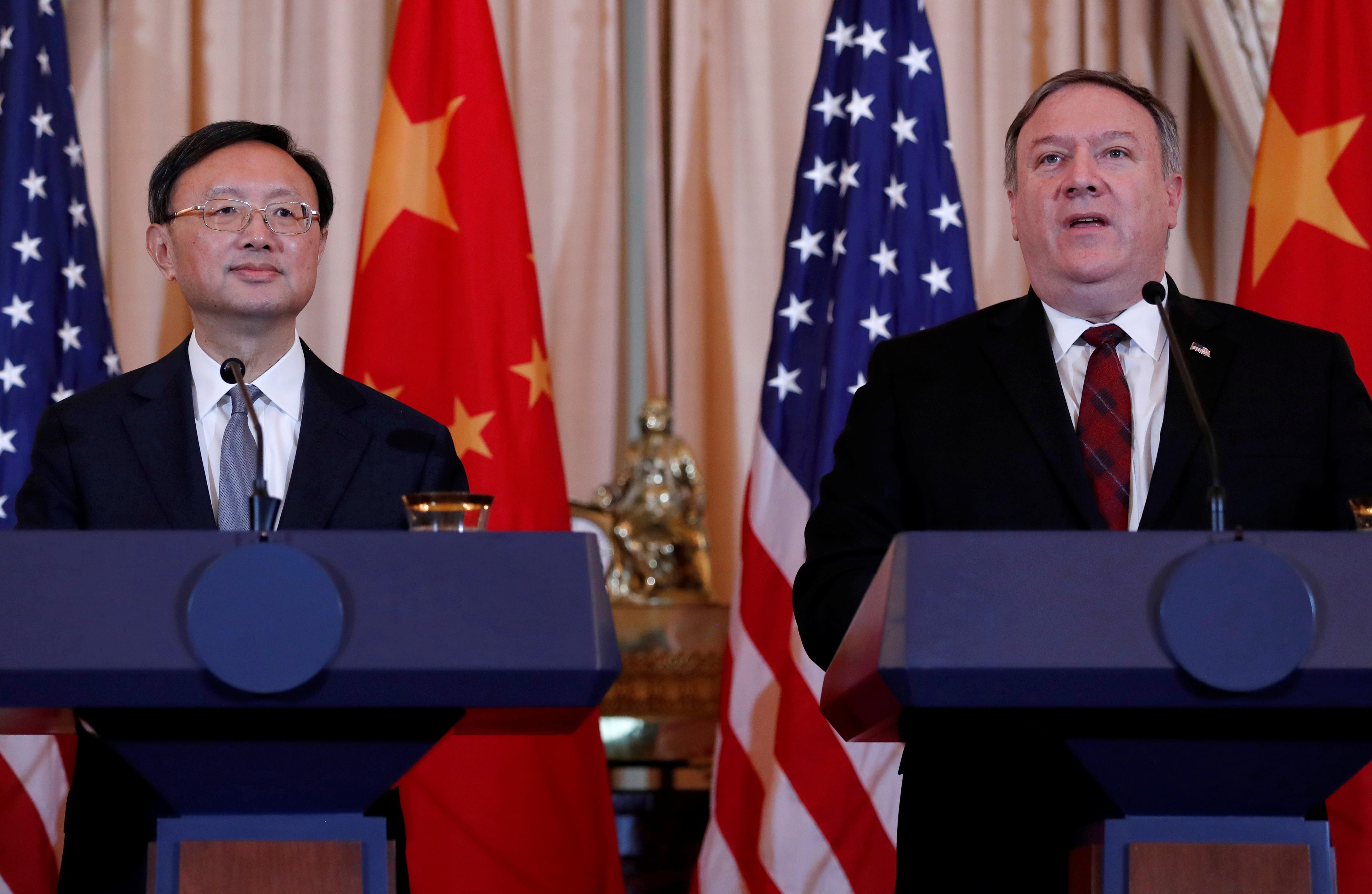 The two have been at loggerheads over the handling of the coronavirus pandemic and China’s move to impose new security legislation on Hong Kong.

Even as the meeting got under way, U.S. President Donald Trump signed legislation calling for sanctions against those responsible for repression of Uighur Muslims in China’s Xinjiang region.

Separately, foreign ministers of the G7 countries, including Pompeo, issued a statement calling on China not to follow through with the Hong Kong legislation.

Pompeo has been forceful in his criticism of Beijing and it was his first known contact with Yang since they discussed the coronavirus by phone on April 15. They had not met face to face since last year.

Experts say U.S.-China relations have reached their lowest point in years, and in mid-May Trump, who has pursued a deal to end a damaging trade war he launched with China, went so far as to suggest he could cut ties with Beijing.

The bill Trump signed calls for sanctions on Chinese officials responsible for oppressing Uighur Muslims, including on one of Yang’s colleagues on China’s powerful Politburo.

Trump tempered that possibility with a signing statement saying that some of the bill’s sanctions requirements might limit his constitutional authority as president to conduct diplomacy so he would regard them as advisory, not mandatory.

While Trump and his administration have stepped up rhetoric against China in the run-up to the November U.S. election, his former national security adviser, John Bolton, said on Wednesday the president sought Chinese President Xi Jinping’s help to win re-election during a closed-door June 2019 meeting. [L1N2DU1ZD]

Bolton’s accusations are part of a book that the U.S. government on Tuesday sued to block him from publishing, arguing it contained classified information and would compromise national security.

The White House did not immediately respond to a request for comment on Wednesday’s published excerpts.

Neither side has outlined an agenda for the Hawaii talks, but diplomats and other sources have said the meeting was requested by China.

U.S. Trade Representative Robert Lighthizer also told a congressional hearing that Chinese officials had repeatedly affirmed their commitment to buy more U.S. goods and services under a Phase 1 trade deal signed in January and that some $10 billion in purchases had been recorded thus far.

Lighthizer also said, when asked about exports of products made by Uighurs and other Muslim groups in camps in China, that Washington would “strongly enforce” U.S. laws banning the import of goods made by forced labor.

Among his criticisms of China, Pompeo has said it could have prevented hundreds of thousands of deaths from the global coronavirus pandemic by being more transparent, and accused it of refusing to share information.

Trump has initiated a process of eliminating special U.S. treatment for Hong Kong to punish China for curbing freedoms there, but has stopped short of immediately ending privileges that have helped the territory remain a global financial center.