Police fear a serial killer could be on the loose after a string of fatal shootings in California as residents have been warned to remain “alert”. Detectives are investigating five shootings which they now believe could be related, authorities have said.

Law enforcement officials have released an image of a “person of interest” whom they are hoping to speak with.

The image, while pixelated and unclear, shows a person dressed entirely in black, viewed from behind.

The “person of interest” also appears to be wearing a black hat. It is unclear how tall they are from the blurred image, but they are of slim build.

This individual could be a suspect or witness, authorities said. 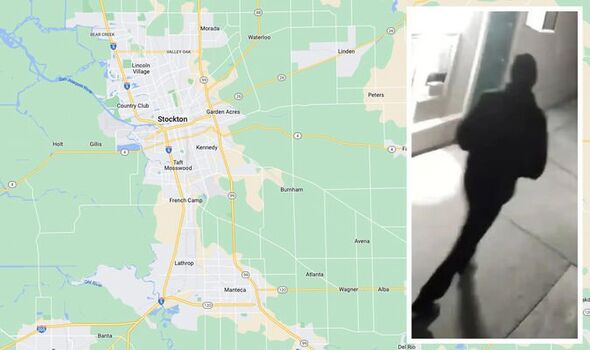 A reward of $85,000 has been offered for any information leading to an arrest, with Stockton Crime Stoppers putting up an additional $10,000.

The latest killing took place in the early hours of Tuesday morning, when a 54-year-old man was shot in a residential area in Stockton.

He was the fifth victim to be killed in just a few square miles in the West Coast city since July 8.

The five victims have not been identified, but the first victim believed to be connected in the string of murders was shot at 12.31am on July 8. 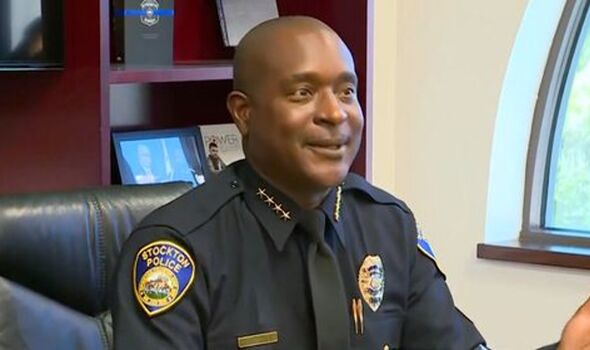 He was described as a 35-year-old white male, with no other details of the victim given.

This was followed by an unnamed 21-year-old man, also described as Hispanic, who was shot and killed at 6.41am on August 30. 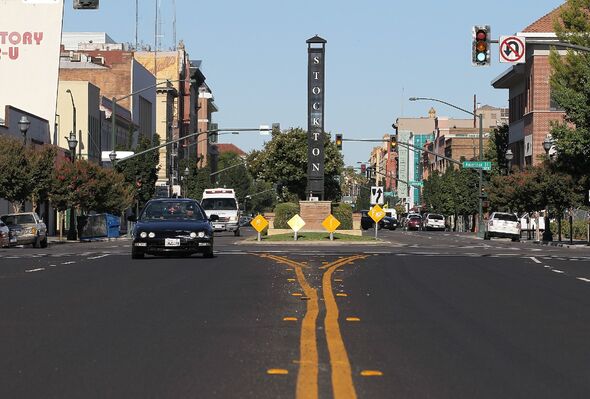 Six days later, a 54-year-old man identified as Hispanic was shot at around 1.50am.

Chief Stanley McFadden of Stockton Police said the force believed the crimes to be related “based on our investigation and the reports we are receiving”.

Chief McFadden urged residents of the 320,000-strong city to keep their heads “on a swivel” and fully “alert” as the hunt continues for the perpetrator or perpetrators.

The men had all been walking alone in “dimly lit” areas, the police chief added, with the areas “overshadowed by trees”.

Writing a public appeal for information on Facebook, he asked members of the public to consider the “grieving family members” of the victims.

He wrote: “We are committed to protecting our community and solving these cases, utilising all the resources at our disposal including YOU.

“We need YOUR help!!!! If anyone has information regarding these investigations, call us immediately.

“If you know something, say something.”