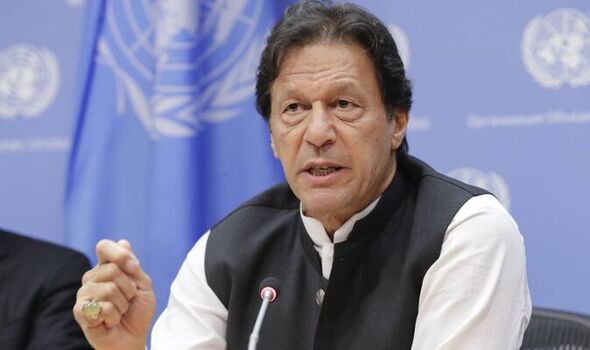 The former Pakistan cricket captain – ousted as premier in April – is still holding rallies in a bid to return to office.

His supporters vowed to “take over” yesterday if he was arrested.

Mr Khan was elected prime minister in 2018, but ultimately fell out with Pakistan’s army.

Recently he said the authorities have tortured his aide Shahbaz Gill, who has been detained under sedition charges.