Jacob Laukaitis, a Lithuanian businessman and traveller, visited North Korea as a tourist four years ago on a guided tour of Pyongyang. The guides who take visitors around the country have to ensure tourists do not interact with locals unless permitted and also offer the North Korean version of history when visiting landmarks and famous sites. Jacob visited one of these landmarks – The Mansu Grand Hill monument – where bronze statues of deceased North Korean leaders Kim Il-sung and Kim Jong-il are located.

On the guided tours, tourists are taken there to climb the hill and pay their high tribute to the former leaders of North Korea.

All visitors to the site, both locals and foreigners, are expected to bow and leave flowers in order to show respect.

Photos of the statues are permitted, but they must capture the statues in their entirety.

But, as Jacob came to realise, even minor things can be considered disrespectful at the monument. 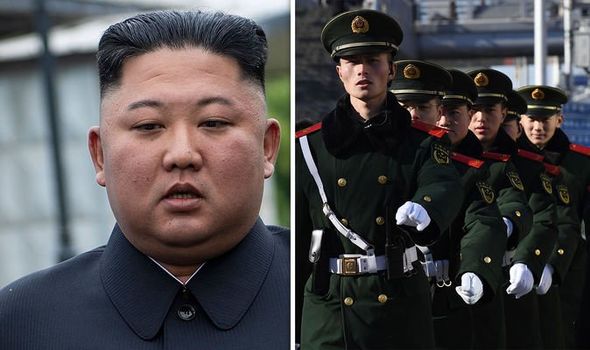 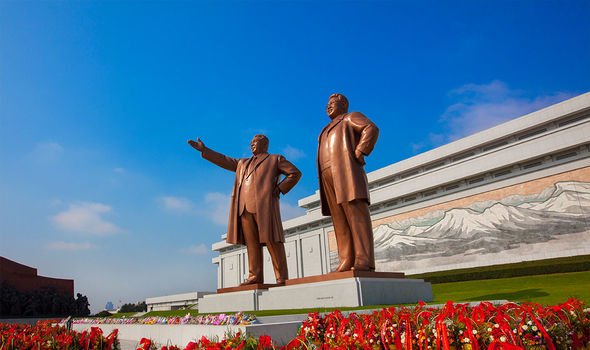 He told Express.co.uk: “Those places are treated almost as holy places, and so everyone needs to bow and lay flowers and all of those things.

“But I remember it was hot, so when I was there I wrapped a sweatshirt around my hips, and even that wasn’t ok.

“We went to the statue and the guide looked at me and shouted ‘no, no. no’. It was incredible levels of paranoia.”

However, Jacob’s scariest moment at the monument came when he greeted a friend, and caught the attention of nearby guards. 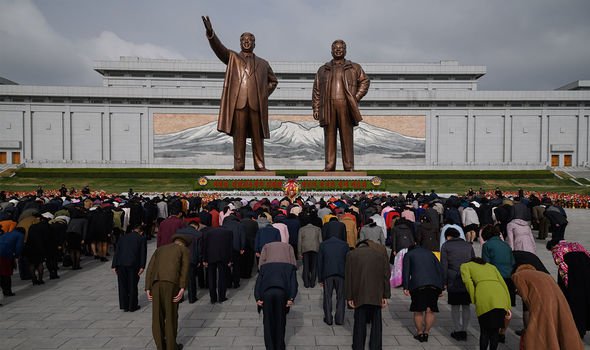 He said: “There was another situation where we were near the statues, and I sort of jumped up to my friend and said ‘what’s up man’, and these security guards were staring at me, which made me paranoid for a little while.

“That situation was definitely tricky.”

Law enforcement in the country is enforced by the State Security Department, responsible for internal security in North Korea.

The Ministry of People’s Security, responsible for internal security, social control, and basic police functions, is one of the most powerful organisations in North Korea and controls the People’s Internal Security Forces, composed of an estimated 144,000 public security personnel. 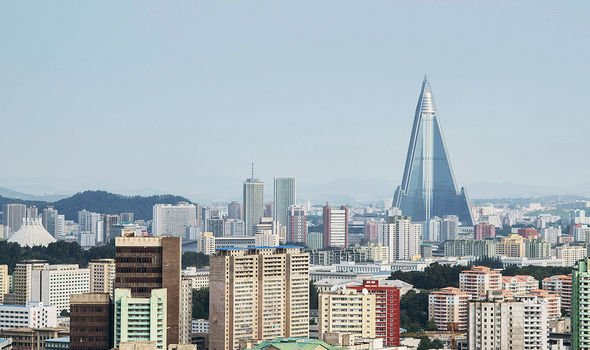 Jacob has since tried to deter people from visiting the country.

In July last year, he posted a video on his YouTube channel urging people not to go, as much of the money spent there by tourists falls under state control.

He told Express.co.uk: “My initial motivation to go was because my parents and grandparents were born in the Soviet Union, and there aren’t many places where you can see what it was like.

“After the trip, only then did I think and read a bit more, and I felt bad about it for sure – but there wasn’t anything I could do other than share my views with the world.”