Alexandra Shubnaya is 34 years old and was at a critical point in her life in the February of 2022. The director of a real estate agency, years of hard graft meant that she now finally made a good living, had a flat in the centre of Odesa, a multicultural, international-facing metropolis, where she regularly met with friends and enjoyed the finer things life had to offer: “I was maybe famous,” she tells Express.co.uk. But in the early hours of February 24, she awoke to a faint rumbling, “a low noise, a scary noise, but one that I didn’t understand”.

When her sister called at 6am, she was confused: “She asked me: ‘Are you ok?’ I didn’t know what the noise was, but I told her I heard something. I asked her why she was calling me so early in the morning, and she replied: ‘It has started’.”

When President Vladimir Putin gave the green light to his wide-scale invasion of Ukraine, the port city of Odesa was among the first he targeted.

Along with the likes of Kherson, Melitopol, and Mariupol, Odesa is among the hardest-hit cities in Ukraine, purely because of its location.

Sitting on the Black Sea, it is a region of great strategic significance, and offers whoever controls it the chance to export and import goods, people, and munitions as they please.

For Russia, it provides another tactical dimension: a base to advance northwards. 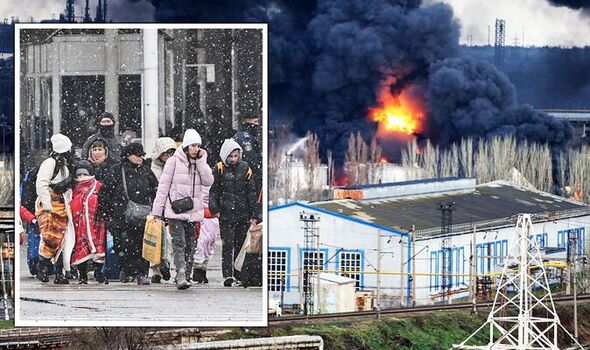 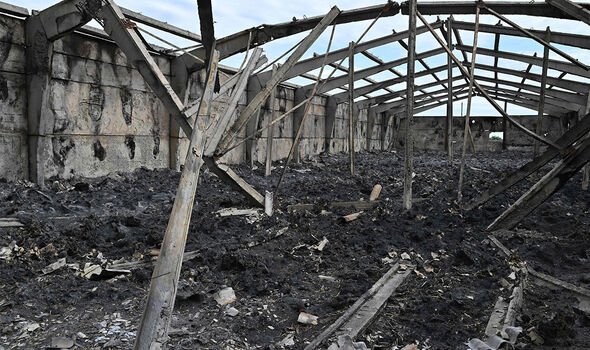 Because it has taken swathes of Ukraine’s south since February 24 — already having annexed the Crimean peninsula in 2014 — it would give the Kremlin almost total control and unfettered access to the country’s ports along the Black Sea.

While plausible on paper, Alexandra suggests that Putin has his work cut out for him in Odesa: “It is an International city. It was normal for people there to speak Russian. But now, after the bombing, the entire city speaks Ukrainian.”

Like many other Ukrainians across the country, Alexandra did not expect an invasion, and so had none of her belongings ready for a quick escape.

She initially stayed in Odesa, hunkering down in the safety of a nearby bomb shelter with a friend.

For three days and three nights, shelling of the city kept them awake, until Alexandra’s friend told her that she wanted to leave: “I said, ‘Ok, I will stay in Odesa. I’m going to go into the military and I will help Ukraine’.

“But when I said this, I was shaking uncontrollably. My friend told me: ‘Look at you. You cannot go into the military! You have to go to another country to be safe’. So I packed all my stuff and left all my money with my parents – my mother has cancer.

JUST IN: How Ukrainians can get a mobile phone contract in Britain 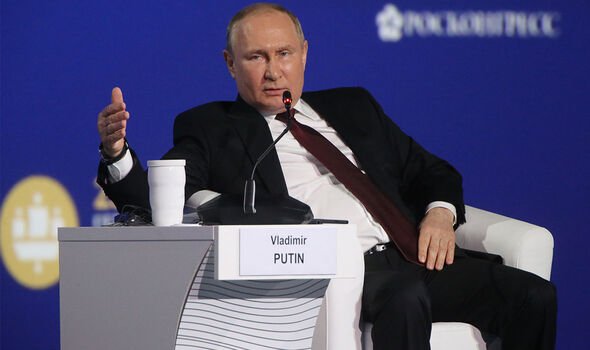 While heartbreaking, Alexandra’s story is not unique.

Millions of Ukrainians have fled their homes since February 24, with estimates suggesting that almost eight million people have left the country, and another eight million displaced internally.

The vast majority have been absorbed by neighbouring countries, like Poland, which has received four million Ukrainians, while Romania, Moldova, Hungary and Slovakia have taken on large numbers too.

While many have been welcomed, some have noted that, as resources become strained and the cost of living crisis worsens, tensions will inevitably rise.

This includes the Safe Nations Alliance, an organisation that has in recent months focused its efforts on the refugee crisis and the potential fallout, and has helped people like Alexandra resettle. 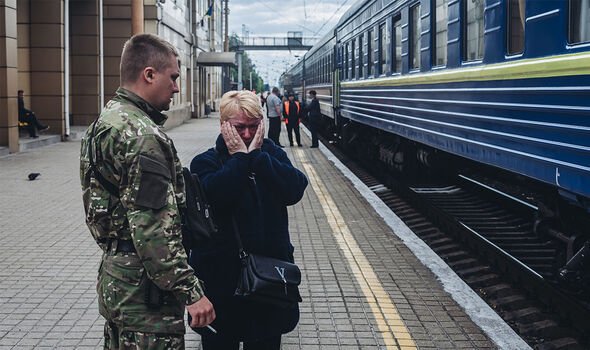 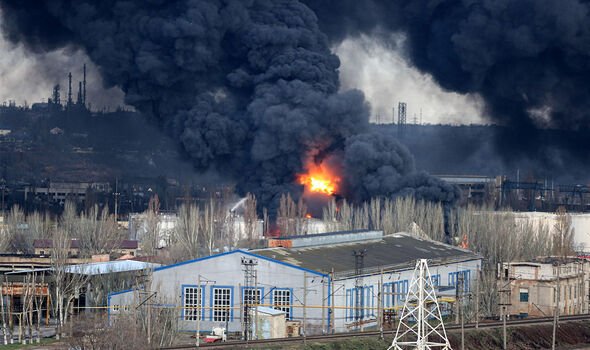 It warns that “Europe as a whole is unprepared for the great flood of refugees from Ukraine”.

But, so far, the continent has succeeded in creating a welcoming environment: in the early days of the war, the EU invoked the Temporary Protection Directive which grants Ukrainians the right to stay, work, and study in any member state for an initial period of one year.

Alexandra crossed a handful of countries on her journey which lasted ten days.

From Moldova, she travelled with two other women and one of their children, a year-old baby, but a conflict in the group soon saw them split and Alexandra left alone.

After reaching out to several friends and getting help with money and clothes, one suggested that she travel to Germany where there was a group helping Ukrainians fleeing the war. 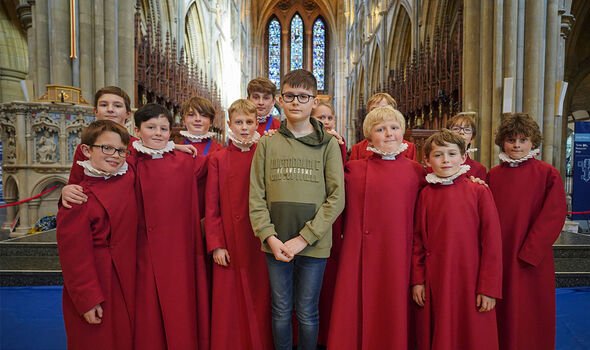 While she now has somewhere warm to live, food to eat, a place to shower — what some may describe as a comfortable life — deep frustrations have taken the place of things like happiness, love and freedom: “When I got to Germany, I started to think that I could live, that I’d have a lot of things, that maybe I could work in real estate because that is what I’m good at.

“But I soon realised that without the German language, I could do nothing.

“It’s very hard to be here now. When you had a good life in your own country, in your own city, with your parents and your friends. And now, you’re like a stranger, because you can’t do anything.

“I can go and clean houses. But I cannot do this forever. I am 34 years old. It was hard for me to get to where I was in Ukraine, I worked very hard. But I did it, and now I have to start again.”

It is not only the momentous task of having to start again that has become an obstacle to overcome in Alexandra’s life.

The first days of the war are still fresh in her memory, the slightest of sounds transporting her back to the centre of Odesa: “Now, all sounds that I hear that are similar to the sound a bomb makes — even in Germany, I’m always on edge. I cannot do this, the memory of those noises is near.

“My therapist told me that this will last maybe a year. It’s a very big trauma. When Odesa was being bombed badly at first, my very close friend and colleague died with her three babies and her mother. I was broken when this happened. I was speechless. I cried for three days.” 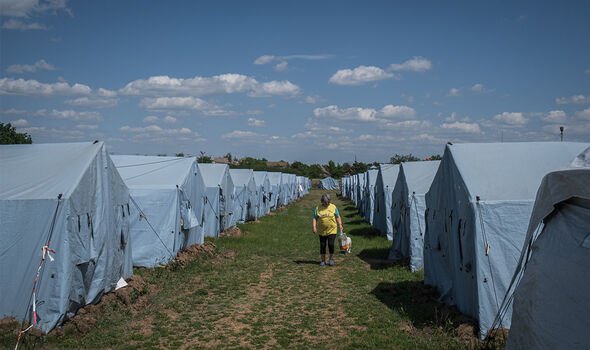 Western governments have plied Ukraine with financial aid, even directly sending military equipment in a bid to help the country overcome Putin’s forces and avoid such atrocities experienced by Alexandra.

The list goes on, with further aid from Canada, Germany, Spain, France, the Nordic countries, and nearly every nation in Europe.

It hints that the world is more than aware that the war is nowhere near its ending. 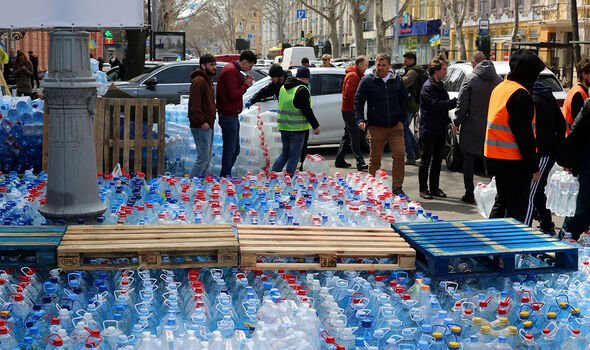 As recently as this week, Western leaders said the conflict could last for years and will require long-term military support as Russia begins to bring forward reserve forces in an attempt to capture more swathes of eastern and southern Ukraine.

NATO chief Jens Stoltenberg recently said in an interview with Bild magazine: “We must prepare for the fact that it could take years. We must not let up in supporting Ukraine.”

Prime Minister Boris Johnson offered an equally grim take, saying that “we need to steel ourselves for a long war”.

And, in a sign of heightened seriousness, General Sir Patrick Sanders, the new head of the British army, this month said British troops must prepare “to fight in Europe once again […] There is now a burning imperative to forge an army capable of fighting alongside our allies and defeating Russia in battle.” 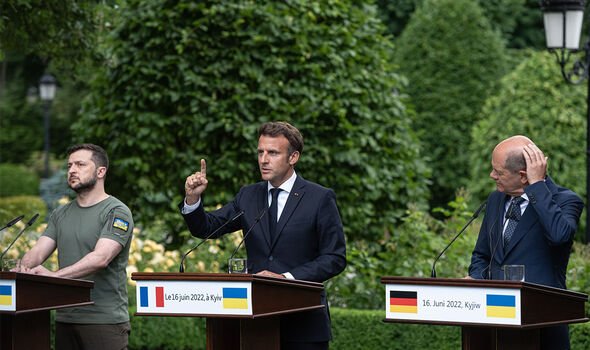 For European and Western governments, the conflict has turned into a war of words and numbers; raw data and predictions; financial losses and downturns; decreased exports and imports; inflation; World War 3.

But what does it mean for those whose homes have been turned to dust and rubble?

“I don’t understand anything anymore. I don’t know when it will end. It is hard to think about because I don’t have answers. I don’t know,” Alexandra says.

But, she adds: “Of course, I am hopeful. I pray every day to god, ‘Please stop this war, please stop’. But, I don’t know. I love Ukraine. I love the country, it is strong. I know this. We can rebuild it, I know we will do it. We are very powerful people.”