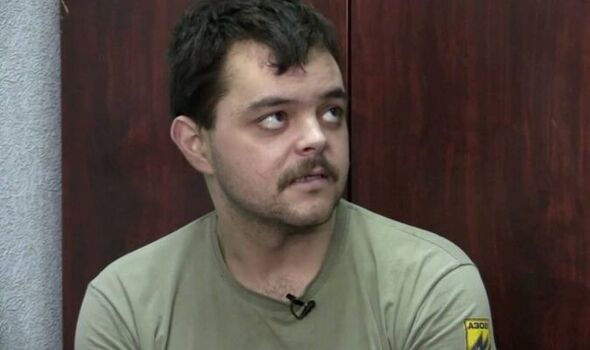 Andrew Hill and Dylan Healy are the latest Britons facing show trials and potential death sentences in the breakaway Donetsk People’s Republic, after being handed over by Russian forces in April.

Unlike Sean Pinner and Aiden Aslin – who held dual Ukraine nationality and were attached to regular military units when they were sentenced to death last month – both Hill and Healy came to Ukraine following the invasion.

Hill, aged 33, is known to have spent a short time in the British Army, where he served with the Duke of Lancaster regiment.

The father of four from Plymouth was paraded in Russian propaganda after his capture in the southwestern Mykolaiv region of Ukraine on April 29, and was clearly wounded.

Healy, 22, from Cambridgeshire, was working with humanitarian organisation Presidium Network when he was arrested at a Russian checkpoint in Zaporizhzhya, while attempting to rescue a woman and two children.

Both men will be prosecuted for “mercenary activities” in tomorrow’s hearing. 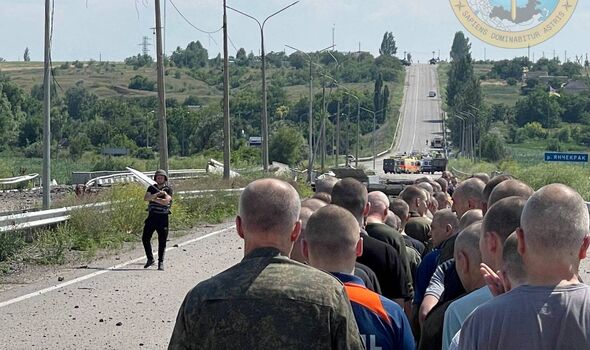 Although they are likely to receive a death sentence, DPR officials last week announced that they would defer all executions until 2025, suggesting that the hostages – along with Moroccan Brahim Saadoun, sentenced at the same time as Pinner and Aslin – are being used as leverage.

With Russia maintaining it has no power over the DPR authorities – which the UK, in any case, does not formally recognise – the fate of the four Britons lays officially in the hands of Ukrainian negotiators.

The pro-Russian politician, whose daughter’s godfather is Putin, was likely to have been installed as puppet president had Russia captured Kyiv straight away.

But last month Ukrainian government sources revealed that, though they were willing to trade the now discredited Medvedchuk, they feared Russia “was not interested”.

“We want to show our gratitude to the UK, and we would certainly consider an exchange for Medvedchuk,” said the government source. “But it’s up to Russia. There are concerns here over Medvedchuk’s personal and political importance to Russia.

“We don’t think he’s as important as we’d like him to be in this context [and] we feel Russia does not want to openly demonstrate his importance.” Nevertheless, they have not given up on the idea.

While Kyiv outwardly negotiates with the DPR, details of a parallel UK-Ukrainian plan emerged.

In a bid to deal directly with the Kremlin, a team of MI6 officers attached to the Foreign Office is said to be holding talks with a third party in Belarus.

They will insist on the return of all British nationals in Russian or DPR captivity.

And last night one British Army veteran, now serving with Ukrainian forces, suggested there could be many more than thought.

“There were at least 20 Brits in Mariupol. I am pretty certain they were not killed,” said ex-infantryman “Skulls”.

He had served four years with The Rifles regiment before going to Ukraine, where he married and gained dual citizenship.

The latest development follows the first official prisoner exchange since the invasion, which saw the release of captured Ukrainian army medic Julia Paevska.

She confirmed prisoners are given little food and are abused, revealing that she had been forced to sit in a so-called “stress position”.

“Russians are violating the international convention on human rights,” she said. “My weight is now around 50kg.”

A Foreign Office spokesman said yesterday: “We condemn the exploitation of prisoners of war and civilians…and we have raised this with Russia.”