In eight to nine days time the country could have a similar number of COVID-19 cases to Italy, which would see Germany’s already tightening measures upped as a rapidly increasing number of infected people overwhelm the healthcare system. Twitter user Herr Naumann, a resident of the east-central state Thuringia, warned the health system will be overloaded if too many people become infected with the virus in a short time. The country has had 3,059 confirmed cases, while Italy has 15,113, according to Johns Hopkins University.

Mr Naumann has been tracking the parallel trajectories between Italy and Germany based on the number of cases.

For the numbers up to March 11, the Twitter user calculated a “factor 10 every 8.5 days”. There was a tenfold increase in the number of cases from March 3 to March 11.

By March 20, Germany could have more than 20,000 cases, he added. Most of these would be mild cases, showing symptoms like a cough and fever, but around five percent would be critical, Mr Naumann said.

Germany has clamped down on public activities, cancelling major events like sports leagues and official meetings. University lectures have been delayed and many schools are closed. 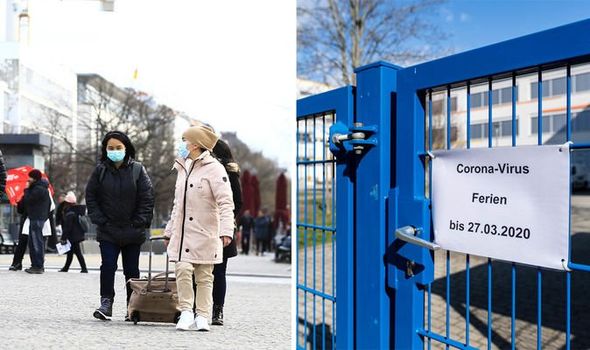 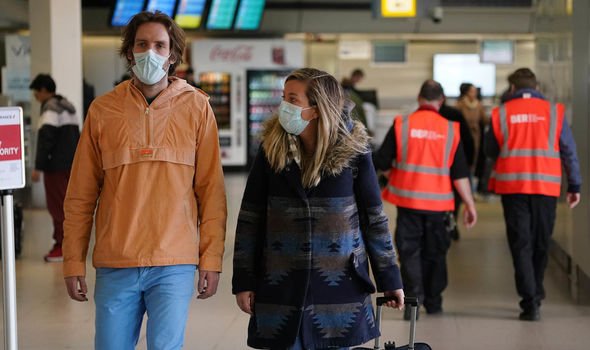 Chancellor Angela Merkel has warned that up to 70 percent of the population, totalling around 58 million people, could contract the coronavirus.

Ms Merkel recently emphasised that it was simply “about saving time”.

Julien Riou, epidemiologist at the University of Bern agrees with the DPA, said the speed of growth is what could make the country unstable. He said: “It’s all about the danger of exponential growth.”

He explains this with a calculation example, in which he assumes that on average of two more people are infected by a corona infected person. If you stick to this number, 500 cases would become more than a million after just doubling it eleven times.

If there is such an exponential growth, the health system and in particular the hospitals could face major problems. Mainly because, according to a DPA report, some scientists expect an average of three people to be infected by an infected person. 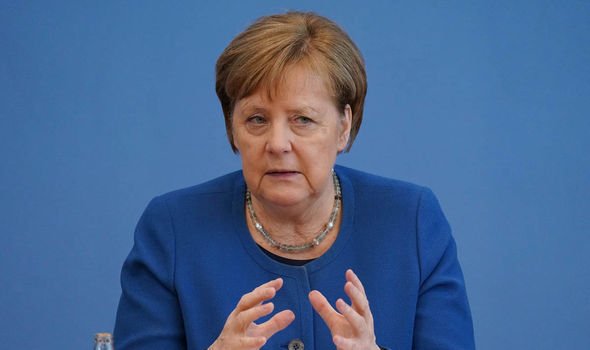 According to Germany’s ministry, only every fourth bed in German hospitals is vacant and shows how important it is for the capacity of the health system to extend over a longer period.

Even if “only” 20 percent are more seriously ill with the virus, this estimate is based on virologists, a significant proportion of the population can be affected if the infection becomes rapid.

For Federal Minister of Health Jens Spahn, it is particularly important to use protective measures to “protect the weakest of health”.

In particular, this means the risk groups of the elderly and people with previous illnesses.

It is currently believed that 60 to 70 percent of the population is infected by Covid-19.