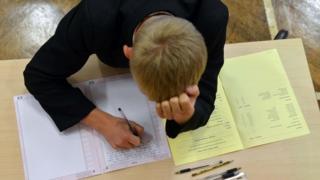 Manx A-level and IGCSE students will be awarded the grades estimated by their teachers after an exam board’s U-turn.

Education Minister Alex Allinson accused Cambridge International (CI) on Thursday of wrongly downgrading results after exams were cancelled in the wake of the Covid-19 pandemic.

A CI spokesman said given grades would now not be lower than those predicted.

He added that CI accepted that teachers had “worked extremely hard to gather evidence and work out grades”.

Dr Allison said he was “relieved” the exam board had “made the right decision”.

“Having a level playing field for our students with their UK counterparts is very important, particularly in terms of going to universities,” he said.

Ramsey Grammar School head teacher Annette Baker said it was a “huge relief” for students whose marks had been “callously downgraded”.

She said the downgrading of results – by as much as two grades in some cases – was “never going to be acceptable” and while it was “never easy” for an organisation to admit that it was wrong, it was “the right thing to do”.

She said she was “pleased that everybody involved in overturning the decision has had the guts to do that”, but added that the relationship between the island’s schools and several exam boards needed an “urgent and immediate review”.

Dr Allinson said a review would be carried out “later on in the year”, but he would “let the dust settle” first.

“None of the exam boards have come out of this particularly well across the British isles,” he added.

The CI spokesman said following the decision, the grades issued “for the June 2020 series will not be lower than the predicted grade submitted by the school”.

“Where a grade we issued last week was higher than the predicted grade, the higher grade will stand,” he added.

The decision came as the UK Education Secretary Gavin Williamson apologised for the “distress” caused to pupils after a U-turn was made in how A-levels and GCSEs were graded.