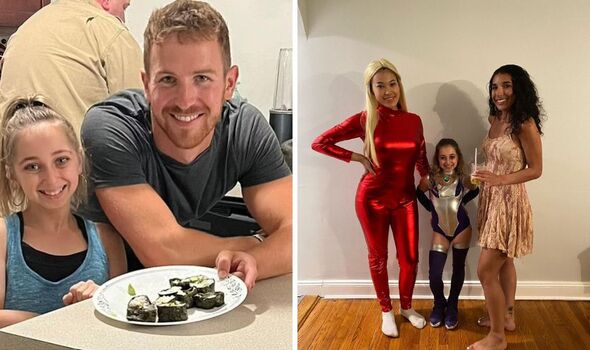 A man who dated a 23-year-old woman trapped inside the body of an eight-year-old girl has slammed critics who called him a “creep” as he insisted he was attracted to her “personality”. Shauna Rae Lesick, who has a rare condition that means she doesn’t grow, introduced her parents to a new love interest on her TV show. The I Am Shauna Rae star is 3 feet 10 inches tall and weighs just 50 pounds – about the same as an eight-year-old girl.

Her condition was a rare side effect caused by the brain cancer treatment she received as an infant.

The 23-year-old recently connected with a 26-year-old man from Wales name Dan Swygart, and their meet-up was documented in a recent episode of her TLC reality series.

But some people were left questioning Dan’s motives, especially after Shauna’s parents voiced fears over her young looks attracting a paedophile.

In a video shared to Instagram back in December, which recently came back into the spotlight after Shauna’s story went viral, Dan defended his date with the reality star, explaining that he built his relationship with her over “who she is an individual,” rather than her appearance.

“It’s very important to remember that Shauna is an incredible 23-year-old woman who has a disability,” he said.

“So as you are building a connection with her, it’s important to acknowledge her disability and look past that and build it with who she is as an individual.

“She’s this incredible, inspiring 23-year-old woman who just happens to be a little bit short.”

In the clip, Dan explained that he reached out to Shauna after watching the first season of the show and becoming “inspired by her emotional strength”.

He then sent her some flowers and a card saying, “Go live your best life. Wishing you all the happiness you deserve.”

They started messaging on social media, before he flew out to her hometown in Long Island, New York, where they went on a series of dates, all of which, were showcased in the show.

During the Instagram video, Dan admitted that he knew he was going to get “some hate” when he agreed to appear in the series, but called it “absolutely disgusting” and “dehumanizing” to Shauna.

“As soon as you say that she can’t have a real-world connection with someone else, you dehumanize her, which is absolutely disgusting. She is a human being. She deserves to have relationships and connections with whomever she wants. And I think some people aren’t emotionally mature enough to understand that you can have a deep connection based on personality rather than just on looks.”

But Dan faced backlash when the episode came out, with some sharing their thoughts about the relationship on YouTube. One person called it “weird” while another added it was “concerning, uncomfortable and creepy”.

Another viewer commented: “Sorry but the fact that he spotted her online and contacted her on purpose makes me feel uncomfortable since looks are usually the first and most important impression you get online,’ wrote one person.

“It would be totally different if they got to know each other by coincidence in real life and he got to love her for her character and was sort of seeing past her childlike appearance.

“Dan almost seems especially attracted to her BECAUSE she is tiny which is concerning. I am sorry.”