Cleopatra was the last active ruler of the Ptolemaic Kingdom of Egypt and perhaps one of the most famous of all pharaohs, but her tomb has never been found in the 2,000 years since she died. Archaeologists have traditionally searched for evidence close to the centre of Alexandria, where she was born and ruled, with many believing that all remains of the great ruler may have been destroyed by a powerful earthquake that struck the coast of Greece in 365AD – causing a tsunami to devastate the ancient town. Dr Martinez has dedicated her life to finding Cleopatra’s tomb, and she is convinced she actually lies 30 miles outside of the city, in the ancient temple site of Taposiris Magna – dedicated to the goddess Isis.

This year, following her most ambitious dig yet, the archaeologist made a stunning breakthrough, discovering 200 coins at the site depicting the ruler’s face and bearing her name.

Egyptologist Dr Glenn Godenho told Express.co.uk: “Coins are key tools for archaeologists to date sites, and since these coins have Cleopatra’s portrait and name on them, Kathleen can now argue that the Isis temple was in use during Cleopatra’s reign.

“What Kathleen needs to do next is find evidence to prove that Cleopatra herself had a personal connection to Taposiris Magna. 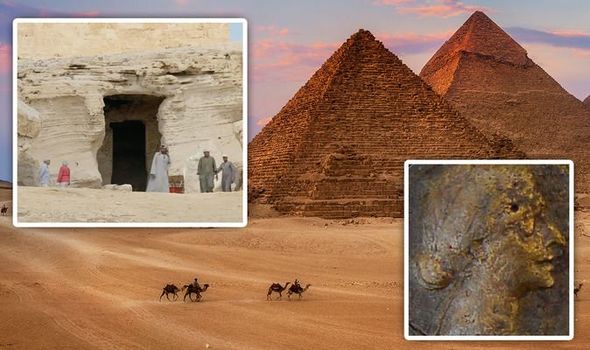 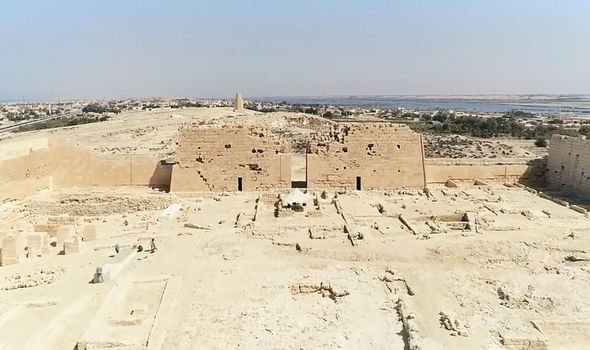 On Thursday night, Channel 5 aired their new series ‘The Hunt for Cleopatra’s Tomb’ where they documented Dr Martinez’ activities during this year’s digging season.

Presented by Dr Godenho, he revealed the moment that they came across the stunning find.

He said: “Foundation plates were used to dedicate a temple to a particular god and outline the area in which the temple would be built.

“Carved into these foundation plates in Greek and Egyptian hieroglyphs Kathleen and her team found something extraordinary.

“The inscriptions state that this is a temple dedicated to Isis built by Ptolemy IV Philopato whose statue they found. 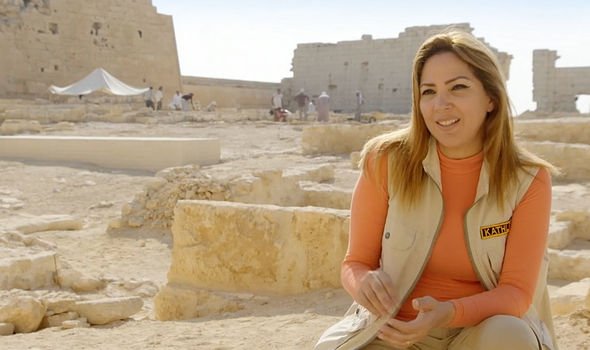 “But that’s not all they discovered.”

The series then showed the stunning collection of coins found buried in the sand.

Dr Godenho added: “This is an altar where the priest would make offerings to the gods in the name of the pharaoh.

“These coins might hold a clue to any other pharaoh’s link to the temple.

“They’ve been corroded over the centuries, but after weeks of painstaking work, Kathleen’s team finally managed to clean them up to reveal an image and a name.

“On one side of the coin, in Greek, was the name Queen Cleopatra, and on the other, her face. 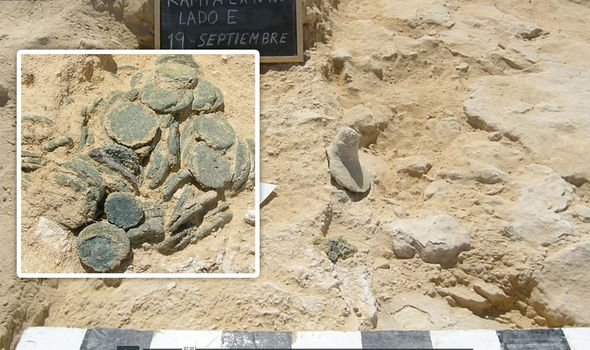 “It was a major breakthrough and an incredible archaeological find, not only linking Cleopatra directly to Taposiris Magna but also revealing a striking image of the queen.”

Dr Joyce Tyldesley said: “If we look at these we can see that she’s got quite a prominent nose, she’s got probably what we would call a double chin, to be honest.

“She’s not necessarily what we’d call a classical beauty.” 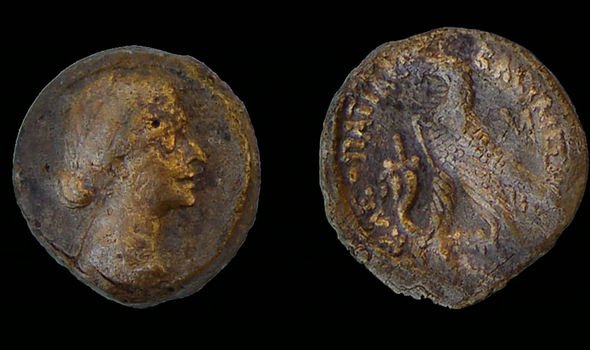 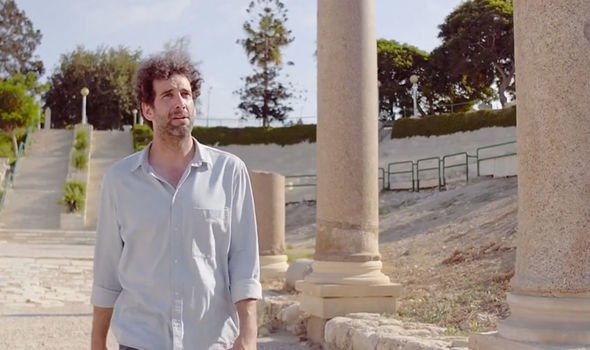 Dr Godenho went on to detail how a new portrait of the pharaoh was created.

He continued: “By using these coins as a blueprint, 3D artists have expertly created how Cleopatra chose to represent herself as she ruled Egypt 2,000 years ago.

“These coins would have been pressed using Cleopatra’s direct instructions – this is how she wanted to be seen.

“Having finally found the proof that this temple was in use during Cleopatra’s reign, Kathleen believes she will find her tomb here.

“It would be a discovery that would stun the archaeological world.”