(Reuters) – Coastal residents in low-lying areas of Louisiana and Cuba were evacuating on Sunday, while roads turned to rivers in Haiti’s capital city, as twin hurricanes threatened the Caribbean and U.S. Gulf Coast.

Marco, which strengthened to a hurricane on Sunday and is forecast to hit the Louisiana coast on Monday, will be followed by Tropical Storm Laura, now over the Dominican Republic and Haiti and heading toward Cuba, and expected strengthen to a hurricane before striking the Gulf Coast on Thursday.

At least three people died, including a mother and her 7-year-old son, in the Dominican Republic due to collapsing walls. Laura left more than a million in the country without electricity, forced more than a thousand to evacuate and caused several homes along the Isabela River to collapse, authorities said.

Louisiana Governor John Bel Edwards on Sunday warned the state’s residents that tropical storm-force winds would arrive by Monday morning and they should be ready to ride out both Marco and Laura. “Wherever you are at dark tonight is where you need to be prepared to ride out these storms,” Edwards said.

Laura could strengthen and become a Category 2 or 3 hurricane and move west, closer to the Houston-Galveston area, bringing flooding rains late Wednesday or Thursday, said Chris Kerr, a meteorologist and director of offshore forecasting for DTN, an energy, agriculture and weather data provider.

In Port-au-Prince, Haiti, videos on social media showed people wading waist-deep in muddy water in some of the worst flooding the capital has seen in years. Haiti is especially vulnerable to intense rains due to shoddy infrastructure and deforestation which increases the likelihood of landslides.

Authorities called on residents along the Artibonite River to evacuate due to risks the Peligre Hydroelectric Dam might burst its banks.

Haiti was the first to report a death from Laura, where a 10-year-old girl was killed when a tree fell on her home in the southern town of Anse-a-Pitres.

With hopes dashed that the mountains of Hispaniola would weaken the storm, Cuba scrambled on Sunday to prepare for Laura.

Evacuations were underway in eastern parts of the Caribbean’s largest island, where the storm was expected to strike Sunday evening, bringing flooding, before traveling along the entire island on Monday.

The Federal Emergency Management Agency has sent teams to emergency operations centers in state capitals in Louisiana and Texas, said spokesman Earl Armstrong. The agency is prepared to handle back-to-back storms, he said, pointing to 2004 when four hurricanes took aim at Florida in a six-week period.

Officials in Louisiana’s coastal Lafourche Parish ordered a mandatory evacuation for residents of low-lying areas at noon on Sunday. The U.S. Coast Guard also raised its warning for the Port of New Orleans, calling for ships to make plans to evacuate some areas.

The potential for flooding and evacuations added to worries about the spread of COVID-19. Tulane University, the largest private employer in New Orleans, said it will close its testing center on Monday due to potential flooding and power outages and called on students to maintain social distancing guidelines.

In Grand Isle, at the state’s southern tip, authorities were placing sandbags to bolster its protective levy while energy companies continued to pull workers from offshore platforms and shut production in the U.S. Gulf of Mexico wells.

The city of Port Arthur, Texas, said on Sunday that it had run out of sand and sandbags for residents. 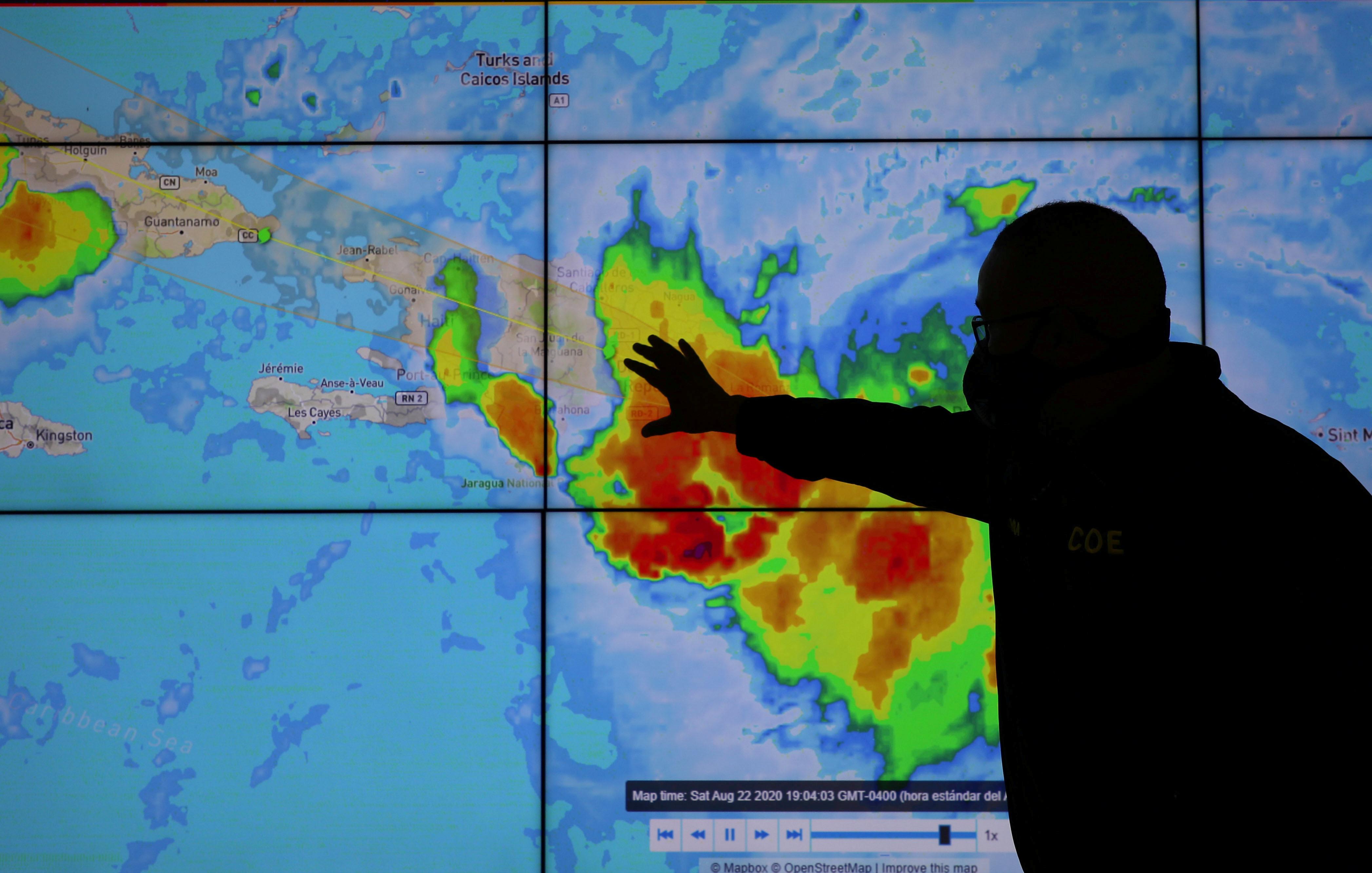 Equinor has finished evacuating its Titan oil-production platform in the U.S. Gulf of Mexico and shut-in oil production at the facility, a spokesman said on Sunday. BHP Group Plc also shut and evacuated its Shenzi and Neptune oil platforms, a spokeswoman said.

Oil producers including BP Plc, Chevron Corp and Royal Dutch Shell Plc had shut 57.6%% of the region’s offshore oil production on Sunday. Also, 44.6% of the natural gas production was shut.

The region accounts for 17% of total U.S. oil production and 5% of U.S. natural gas output.